What's been happening around here these past few weeks:

• Duncan did a report on Hitler for his Dialogue with Veterans class. He had actually written a biography of Hitler several months ago as part of our WWII study, so we just cut this report down to one page. That was tough! I was so relieved that he gave his speech. He's developed some anxiety about public speaking this year, so we are working on conquering that.

• Duncan has been working hard on finishing up a few merit badges for Boy Scouts. He finished Robotics just last week and also had his Board of Review and moved up to First Class. This weekend he goes to an all-day merit badge "college," where he'll do the Reptiles and Amphibians badge. He's been reading the book like crazy in preparation.

• Laurel and her fellow AHG Pioneers and Patriots (7th-12th graders) worked hard planning and setting up for the annual Father/Daughter dance and then got to enjoy it.

• Our teen group had their annual Black and White dance, so she's had her fill of dances for a while. 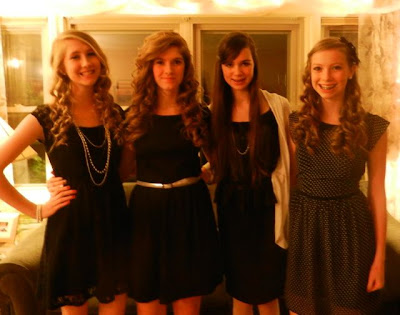 • My Dad spoke to Duncan's Dialogue with Veterans class. You can read all about that here.

• Duncan and I have been thoroughly enjoying studying WWII. Last week we read Dear Mrs. Roosevelt: Letters from Children During the Great Depression and Winston Churchill: Soldier, Statesman, Artist. We've started When Hitler Stole Pink Rabbit, which is fantastic so far. I can hardly wait for Duncan to finish all his Boy Scout stuff this weekend so we can get back to it!

• Laurel got her driver's permit a couple of weeks ago, so we have started driving lessons! We have a perfect spot across the street—the undeveloped part of a subdivision. There are only three houses but lots of cul de sacs and stop signs. She's doing great so far! She'll be 16 in six months, and I imagine she'll be totally ready for her license by then. 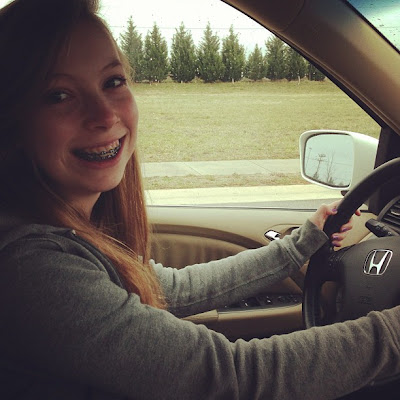 • Randy and Duncan went for a backpacking trip last weekend. Randy's working Duncan up to long hikes with a heavy pack. I think they went 3 miles one day and almost 4 the other, and Duncan's pack was around 25 lbs. 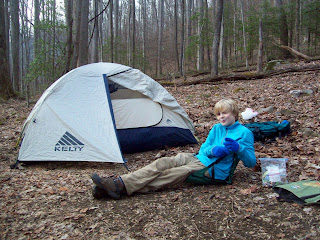 • Laurel's classes are all going well. We finished reading The Crucible in American Lit and are now beginning A Raisin in the Sun. I haven't taught this one before, but the Clarence Brown Theatre at UT is performing it in a few weeks. I love to be able to tailor my literature choices based as much as possible on local theatres' seasons. 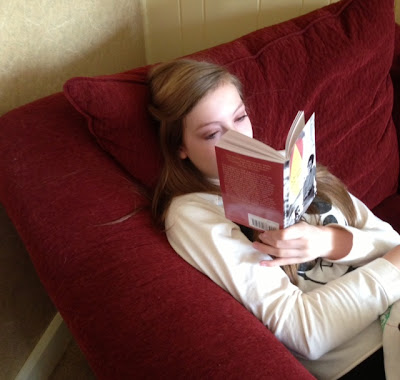 • And finally, I am happy to report that Duncan has finished pre-algebra and moved onto algebra 1! We skipped the first 25 lessons and are still doing review, but hopefully soon he'll start getting into new material. 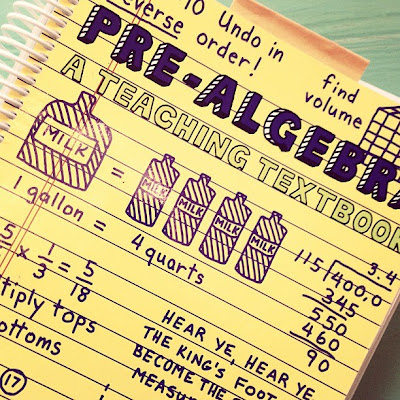 And that's what has been going on in our own small world!

Linked up with the Weekly Wrap-Up
Posted by Sarah @ Sarah at SmallWorld at 3:15 PM