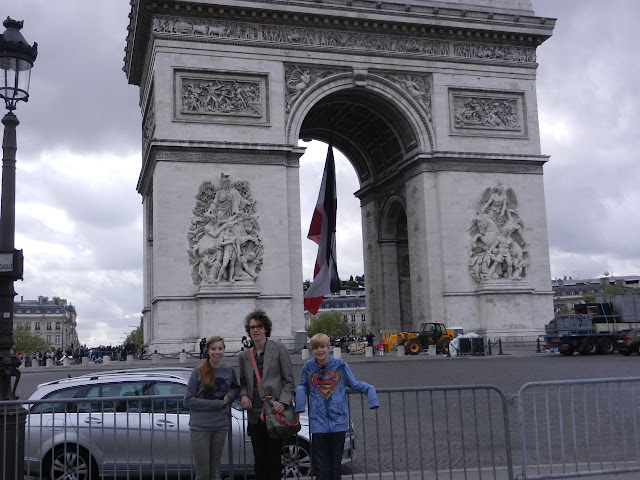 Our apartment rental in Paris was just a few blocks from the Arc de Triomphe. We arrived at 9:00 Thursday morning, absolutely shell-shocked from losing an entire night's sleep but unable to check into our apartment until noon. So once we dropped our luggage off, we headed to the Arc, which was the first thing we saw as we emerged from the metro. 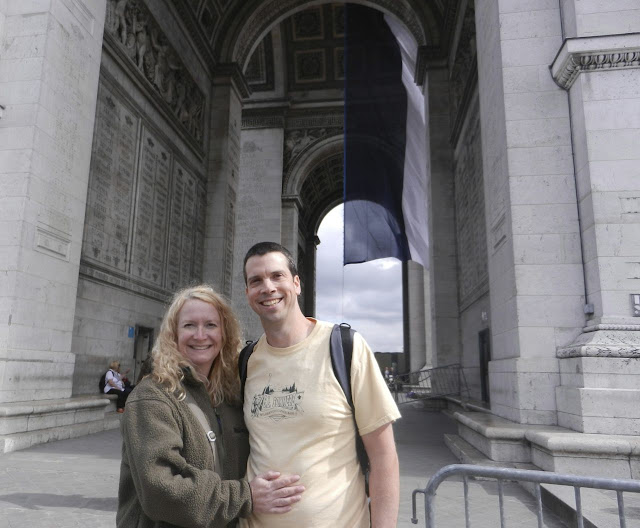 It's free to see the Arc de Triomphe, and of course one must visit it if in Paris. Napoleon ordered the construction of the Arc in 1806 but it wasn't completed until 30 years later, long after his death in 1821. The Arc honors those who fought and died for France in the French Revolutionary and the Napoleonic Wars. 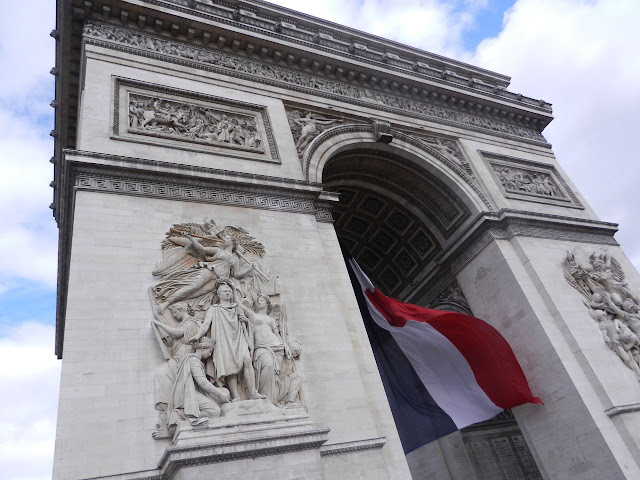 Duncan and I have been studying WWII this year, and we've seen more than one video clip of Nazi soldiers and later American soldiers marching around the Arc.

Beneath the vault lies the Tomb of the Unknown Soldier from World War I. 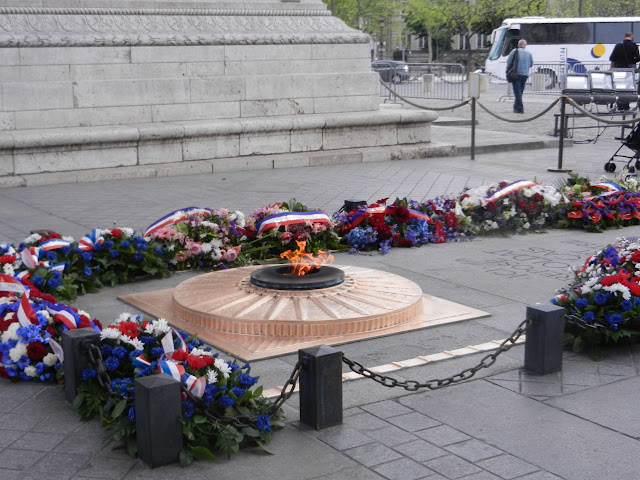 That first morning we just walked around the Arc, but we headed back at night to climb to the top. This is covered by the Paris Museum Pass; otherwise, it's 9,50 euros and free for kids under 18, like everything is in Paris. This was absolutely, totally worth it!! The view of Paris at night is simply magical. 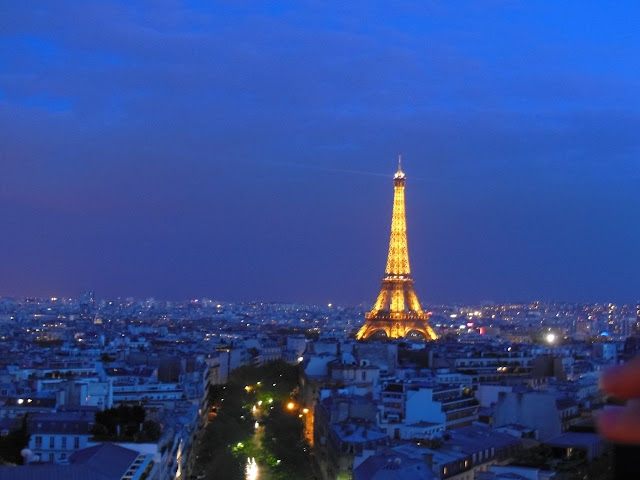 The Eiffel Tower, by the way, lights up like a disco ball at the top of every hour for five minutes. It's fabulous!

More of Our Week in Paris: Notre Dame
Posted by Sarah @ Sarah at SmallWorld at 5:28 AM