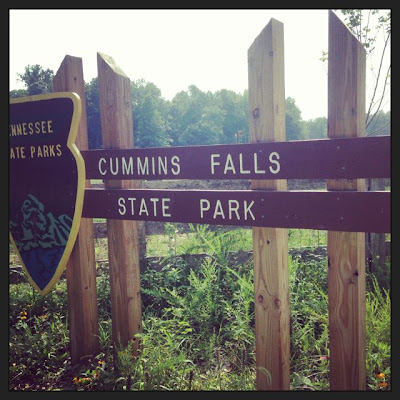 We've had a great summer being intentional about hiking. Last week Randy took the day off, and we loaded up the van with friends and headed two hours west to Cummins Falls State Park. My maiden name is Cummins, so we've naturally wanted to go to this new state park in Cookeville, TN since it opened just a year ago. According to the webiste, "It is the eighth largest waterfall in Tennessee in volume of water, and was named one of the top 10 best swimming holes in the United States in the 'America’s Best Swimming Holes' article in Travel and Leisure magazine." We knew we had to make this trek before summer was over! 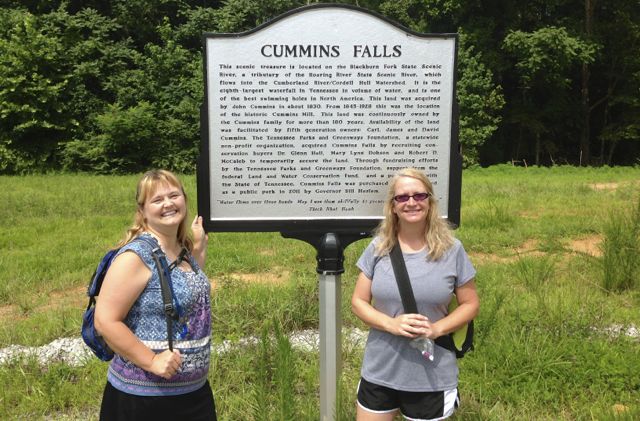 It was soooo worth the 2-hour drive. It would be worth a 10 or 12 hour drive! To be realistic, we have had tons of rain this summer in Tennessee, so the falls surely was at its most spectacular. But it really is the prettiest falls I have ever seen. Yes, including Niagara. The great thing about Cummins Falls is that it's totally approachable. 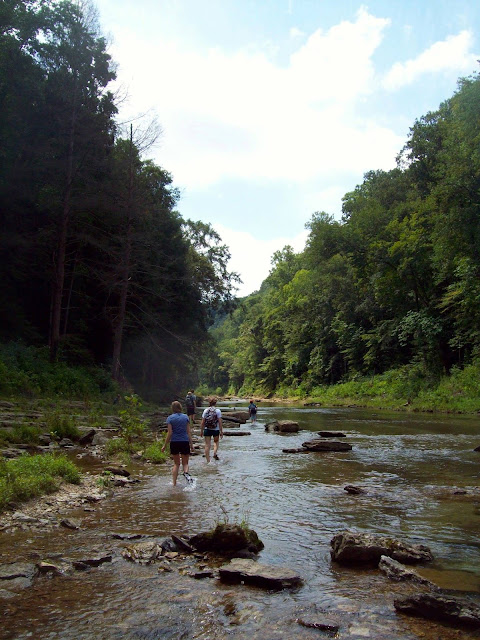 To get to the falls, you hike about 1.5 miles. Most of this is an easy trail through the woods, but the last half is upriver. Literally. (I wore my hiking boots to the river, then changed into Tevas.) You have to hike through the river, usually around ankle-to-knee deep. Obviously this is a summer/early autumn hike. Again, we had an unusual amount of rain this year, so one might find this radically changed during drought years.


Hiking upstream was more challenging than I was expecting but incredibly fun. The river bottom was often as smooth as a driveway, and the rocks weren't terribly slippery. You do have to pay attention so that you cross at shallow enough places, or you might get stuck on one side of the river and then have to backtrack. Not that my friend Diane and I would ever get so involved in a conversation that such a thing would happen to us. 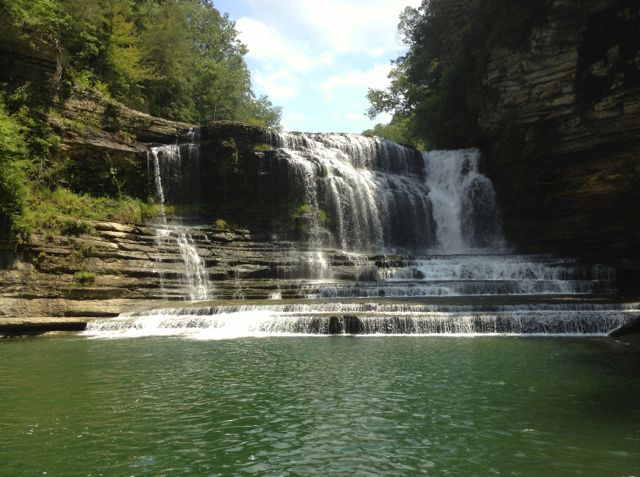 Once you get to Cummins Falls, you just kind of stand there and say WOW! It is truly incredibly gorgeous. Of course, pictures don't do it justice. It's huge. It's loud. It's exhilarating. 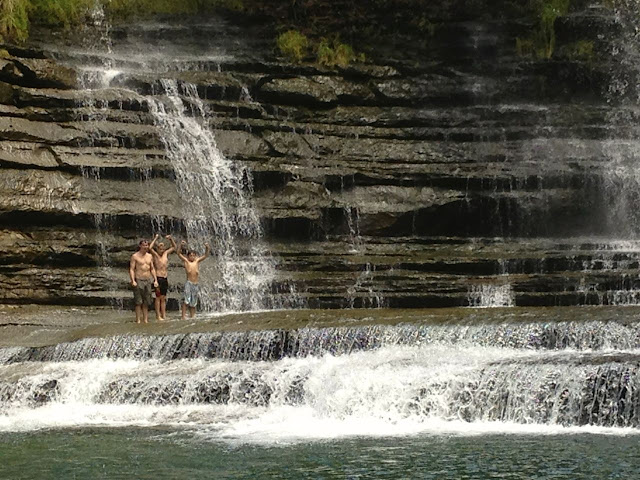 I was so glad that Randy was with us because had I been the adult in charge, I probably would have forbidden the kids from climbing the falls. And these falls were meant to be climbed. 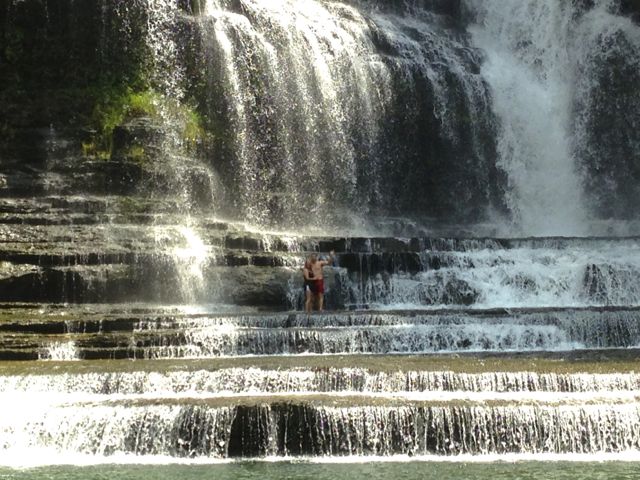 Instead, I was climbing the falls—and jumping in, too! 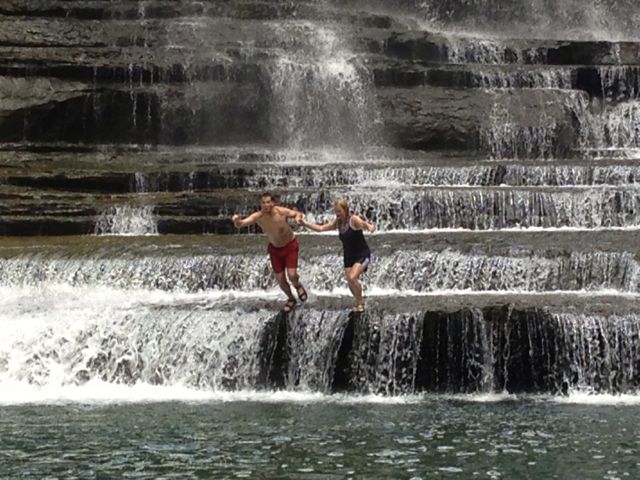 The water looks lovely but it was so cold that it took my breath away. 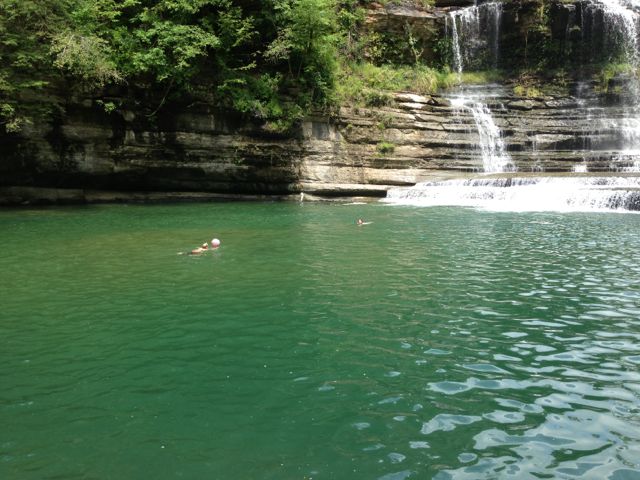 But there are plenty of rocks to warm oneself while having snacks. Or just to ponder the universe. 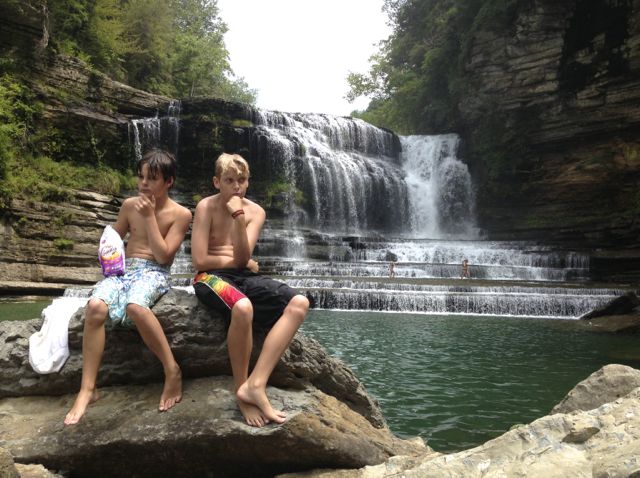 We stayed a few hours and then made the trek back down the river. Most of us hiked, anyway. The younger boys decided floating was a better mode of travel. 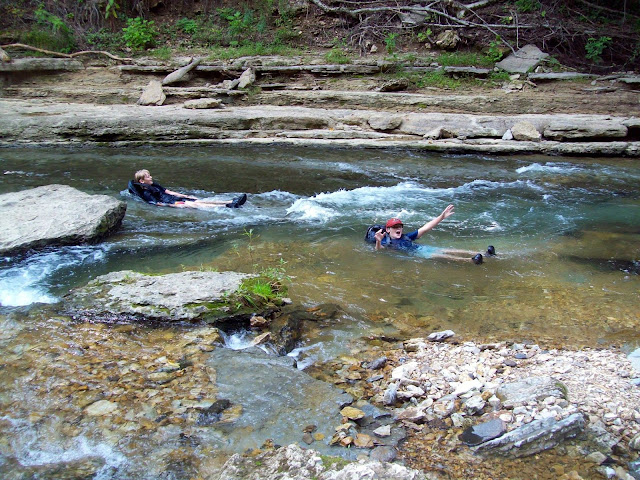 There was only one downfall to the entire day (well, besides the hours of Mad Libs going on in the back seats, with three teenagers and two tweens—you don't wanna know): the bathrooms—which looked potentially nice—sported a big sign that said, "NOT READY FOR USE." We totally weren't expecting that. There was a solitary portapotty which was used by several desperate members of our group and was reported to be horrifying. Anyway, I'd suggest finding out if the restrooms are open yet before heading over there.

Besides the restroom situation, we all give Cummins Falls a resounding two-thumbs up. We've been recommending it to everyone, and we will surely make it an annual trek.

Posted by Sarah @ Sarah at SmallWorld at 9:01 AM