I love this time of year. I love the flowers and the resuming of hiking and I love finishing things up for the year.

And I love prom season. I really do. I'm glad our support group does a prom and does it well. 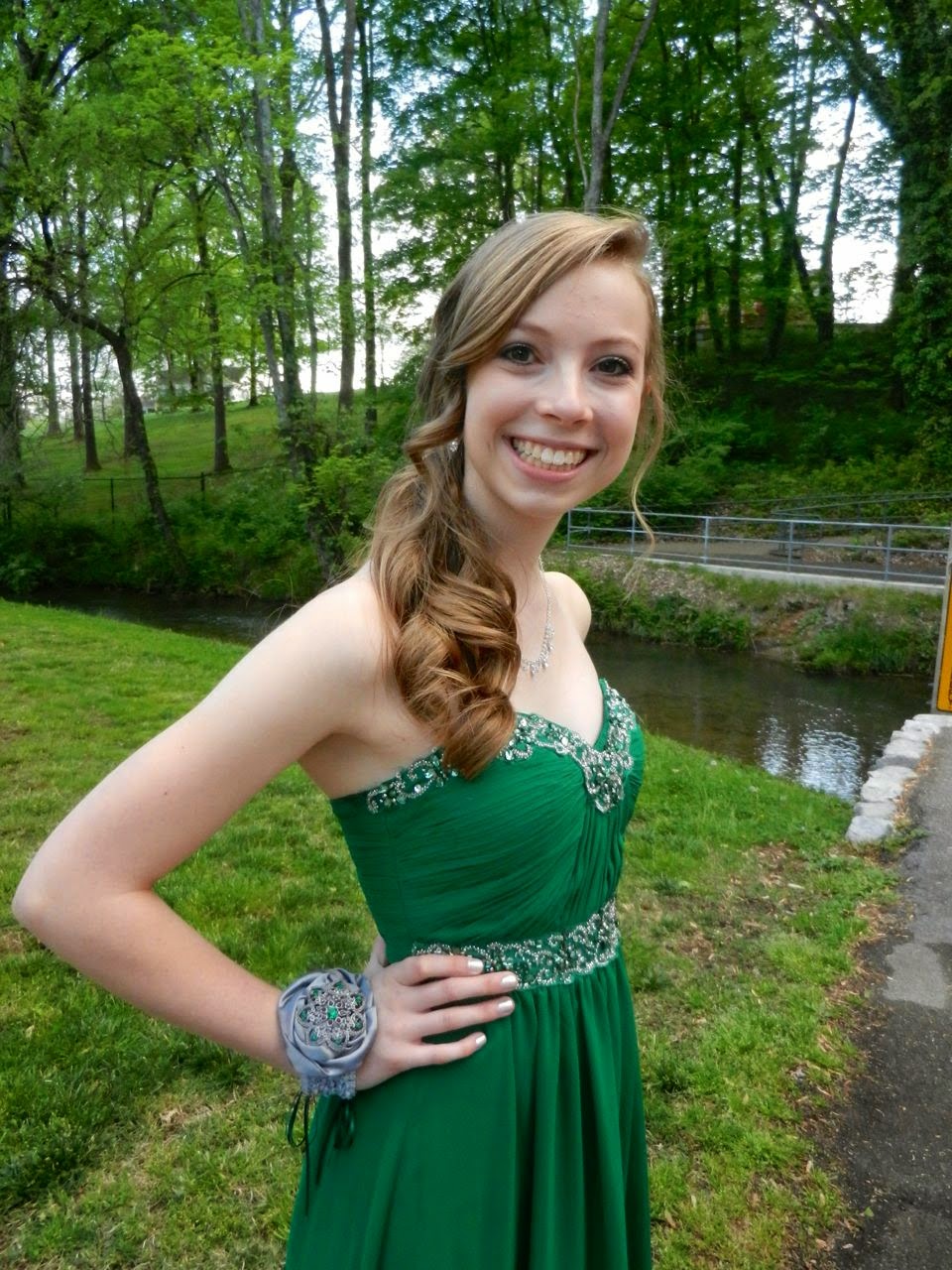 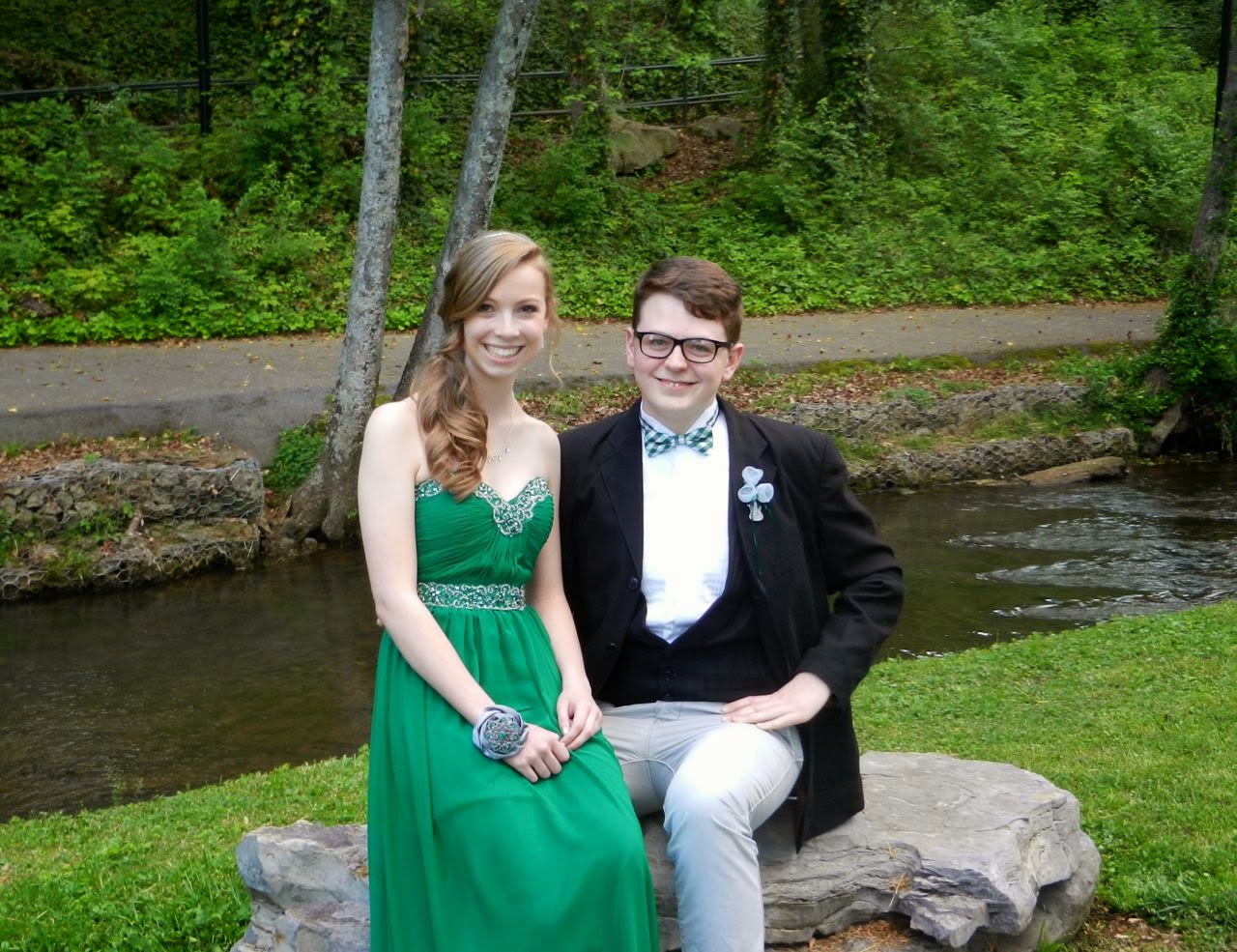 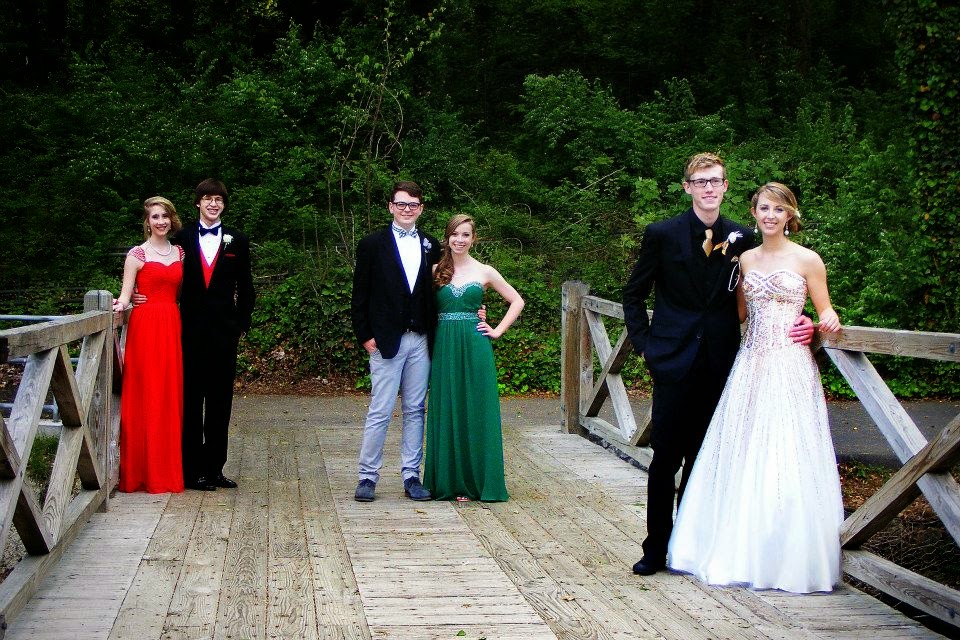 Prom consumed a lot of the past couple of weeks. Or months. After prom and the after-prom outing (Sonic), the girls' dates dropped them off at our house to spend the night so that they could get up early in the morning to do the Color Me Rad 5K. They were all questioning their decision to sign up for a 5K on the morning after prom, but they had a blast. 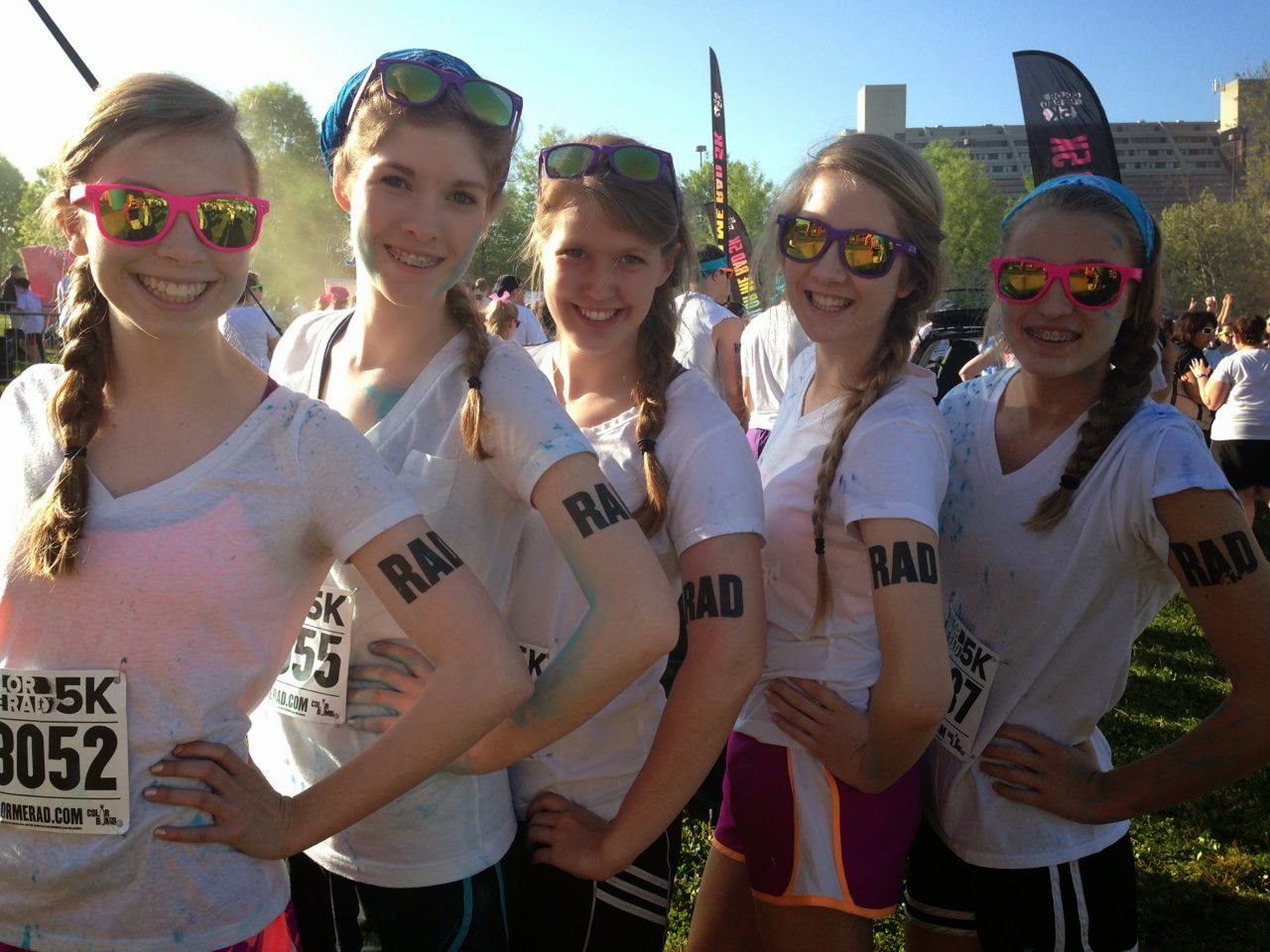 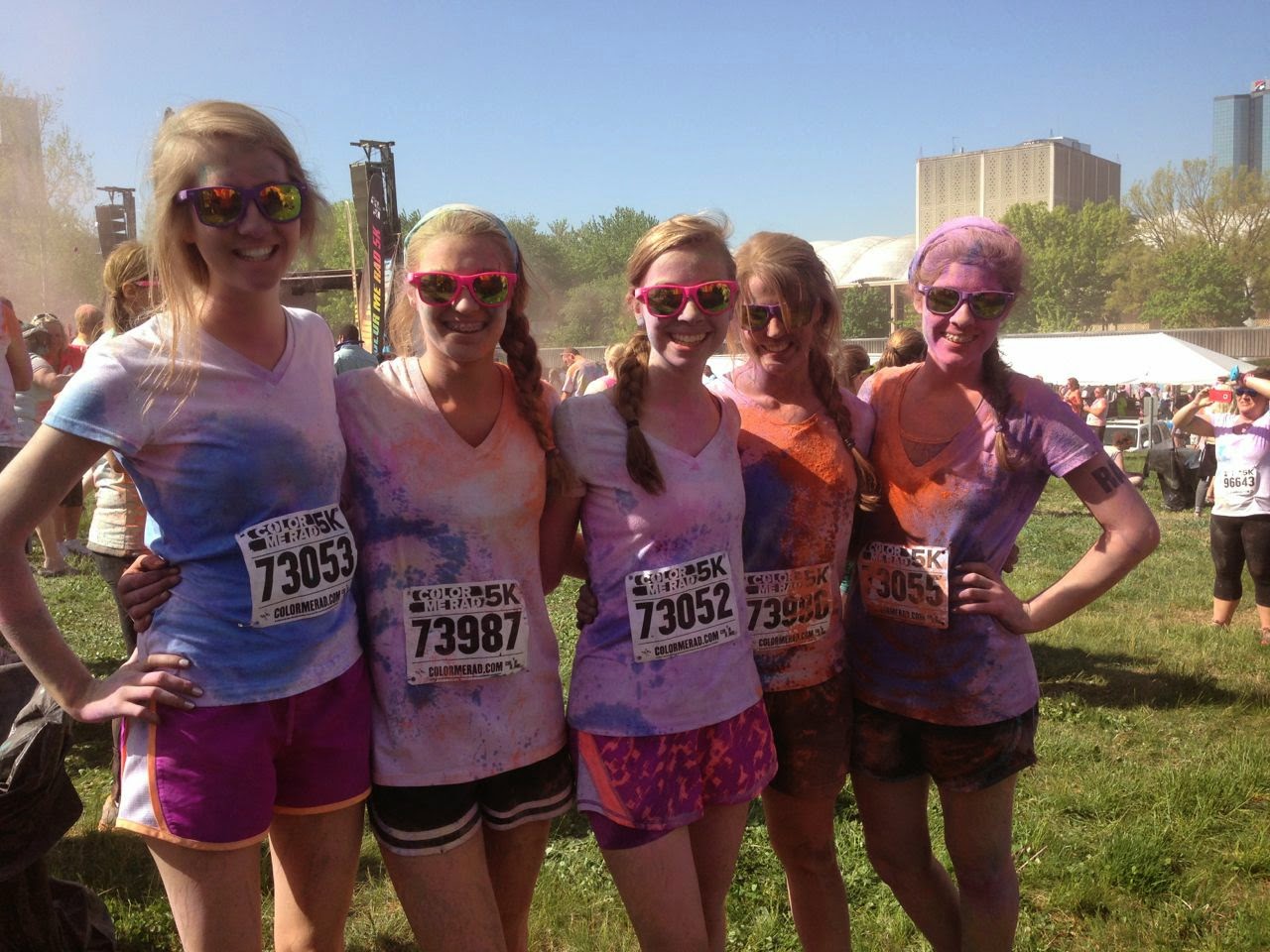 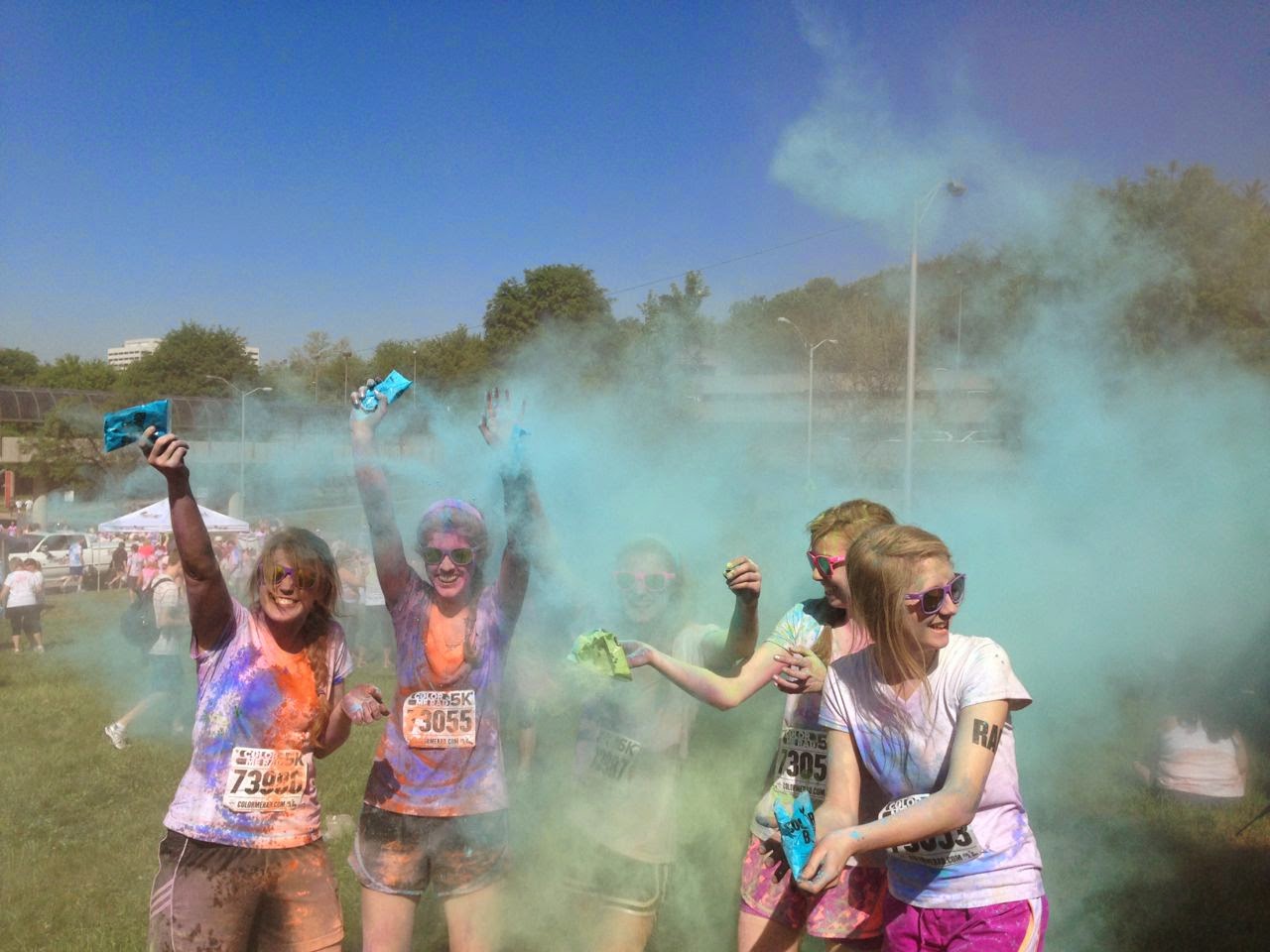 And they had all Saturday afternoon to nap. So did I, since I was their early morning chauffeur.

But I don't love that, between my middle- and high school classes, I have  34 research papers, 34 creative writing journals, and 19 final exams to grade.

What was I thinking?

I love these last few weeks of our own homeschooling. Laurel will actually be done on Tuesday after German class, but Duncan and I still have a couple of weeks left. It is absolutely amazing how much we get done every day once all of his outside activities are finished for the year! We are finishing up the first part of his Sonlight World History program. We'll finish the rest next year plus add in a high school textbook. Because, well, unbelievably, he'll be in high school.

And my daughter will be a senior.

And speaking of seniors, tomorrow is a really, really big day.

But first, here is another ending. 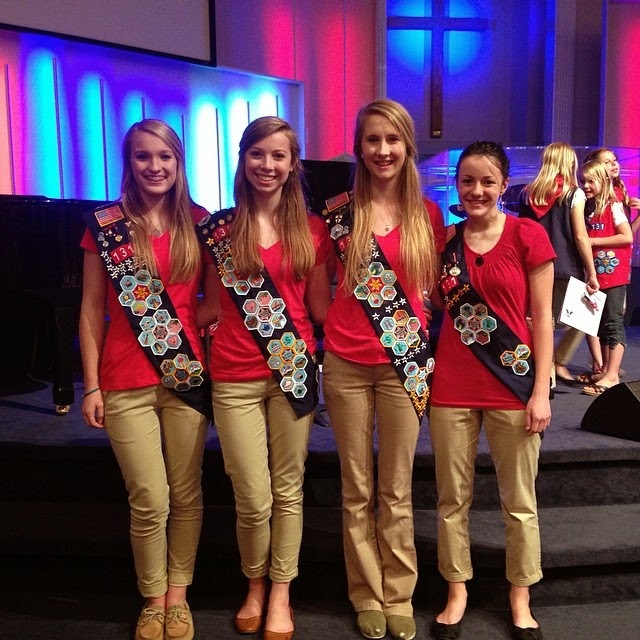 Last night was the very last End-of-the-Year Awards Ceremony for these four girls. The three blondes in the picture above (Laurel is the middle one) have been in it since we started our troop 11 years ago. 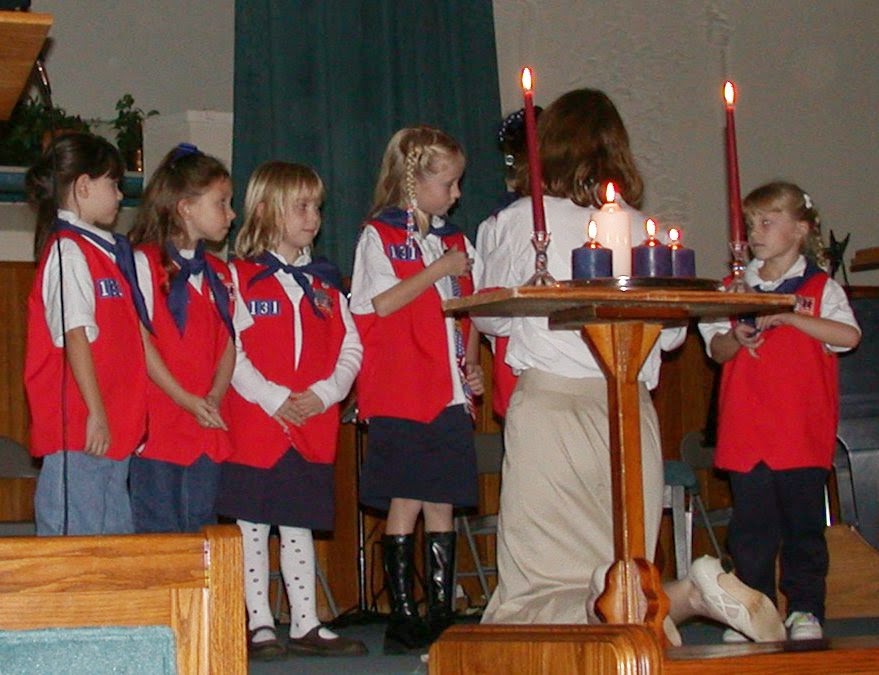 That's them at our very first awards ceremony. I know. It makes me cry, too. All four of the girls (the brunette joined 9 years ago) are completing their Stars and Stripes Award, which is the highest level a girl can achieve in AHG (comparable to the Boy Scouts Eagle Scout). Laurel is now gathering her signatures, compiling her binder, and waiting on her Board of Review. We're nearly there.

It's not just her, though. Eleven years of my life have been committed to American Heritage Girls. This past year since  "Saying Goodbye to a Decade of Little Girls"  (i.e., the end of our 10 years as founders and coordinators of our troop) has been surprisingly lovely. I thought I'd be sad every time a Thursday came around and it was meeting time, but I really wasn't. We left our troop in incredibly capable hands with women who love these girls just as much as we do. It has been an amazing transition in so many ways.

And speaking of transitions, back to tomorrow.

This little boy? My firstborn? 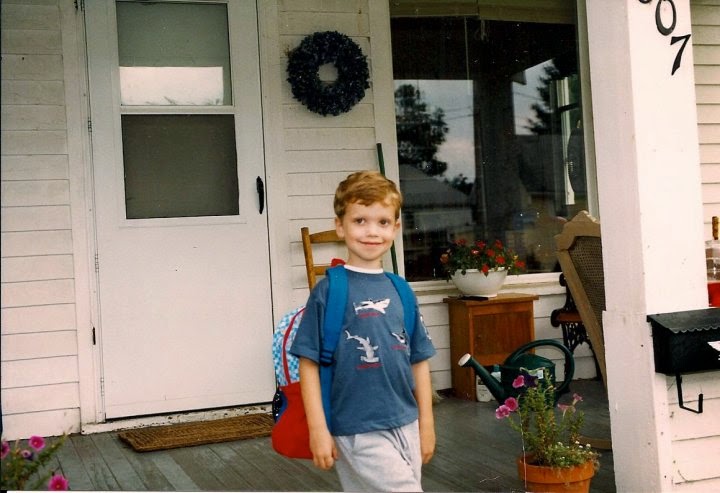 I wrote "Burying the Big Yellow Bus" for Simple Homeschool in the middle of his freshman year at Belmont. He was 17 years old. Since then he's grown up a lot. He has spent 2 summers working on my brother's farm in New York. He's driven across the United States, and he's spent a semester in Italy. He's written dozens of papers and received top writing awards at his college.

And now he's done, and he's coming home. I have no idea what that looks like.

His plan is to work at the airport for a few years so that he can have free flights anywhere. He just wants to travel.

I remember graduating from college and having only vague plans for the future. Like, maybe I would go to graduate school. Or maybe I would get a teaching job. Really, all I wanted to do was hang out with my friends.

I would not have predicted that, less than a year after I graduated, I would be married to the one I had given up on. {For the record, I don't wish that particular scenario for my son.}

The point is, the end of college is just another beginning.

And now, my daughter is heading off to her last Friday morning of her childcare job, my 13-year-old is awake and Otto of the Silver Hand is calling.

Posted by Sarah @ Sarah at SmallWorld at 9:23 AM