Snow in the Mountains 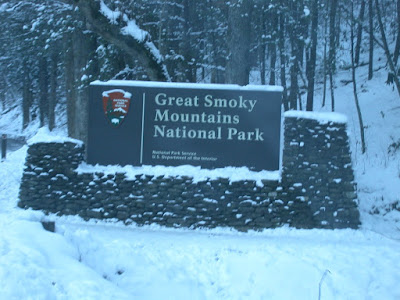 We've lived in the foothills of the Smoky Mountains for 10 years, and this is the first time I've ever gone into the park after a big snow. The roads had been closed for the past few days, but we decided yesterday to chance it and see if we could get anywhere. We wanted to see Cades Cove in the snow and figured this would be a very un-touristy time to go.

We were excited to see that Laurel Creek Road, which heads up to Cades Cove, was open. The drive along the Little River was breathtaking. 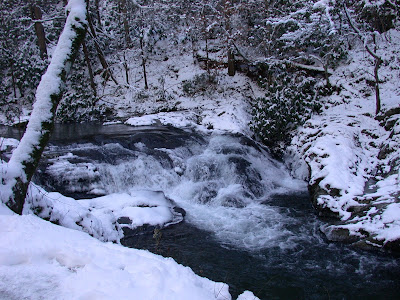 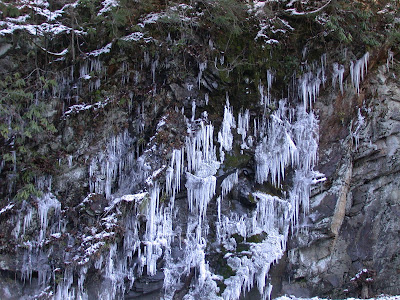 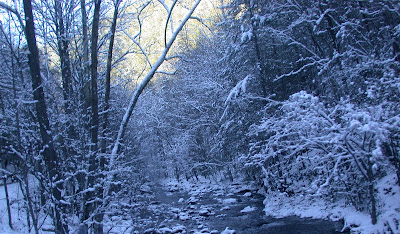 We were wrong about the tourists, though. Traffic was fairly heavy and going very slowly, which was smart. The road were terrible and we were surprised it was even open. Eventually we decided to turn around because there appeared to be an accident ahead of us. We slid off the road enough during our U-turn that we had to get pushed out. Fortunately, there are always plenty of nice guys in pick-up trucks ready to help people out of ditches.

We came down the road s-l-o-w-l-y and passed another accident on the way. The park rangers had closed the Laurel Fork road by this time. We decided just to hike along the river for a bit. Duncan desperately wanted to walk out on the ice, and Laurel kept wishing for ice skates. 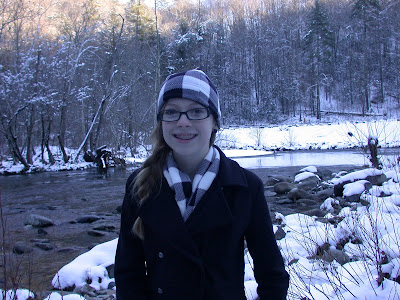 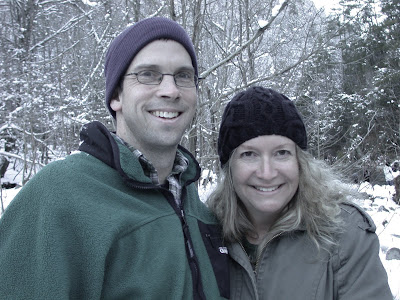 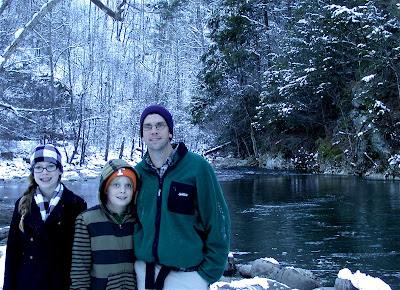 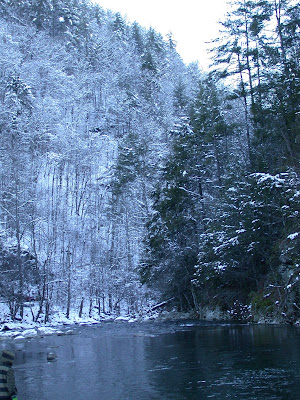 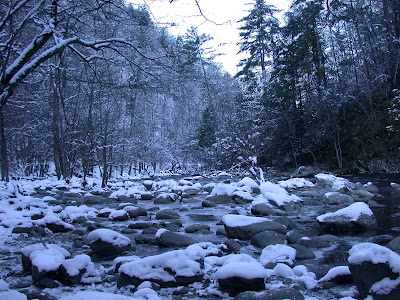 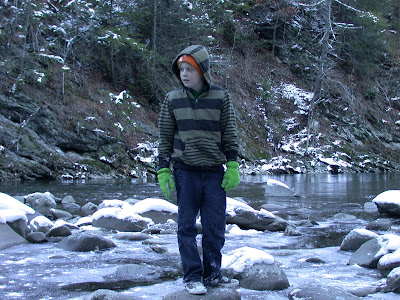 We took a short hike on the Chestnut Top Trail right across from the Wye. The trail was pretty slick on the way down, but it sure was beautiful. 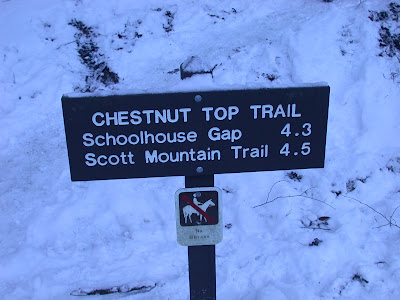 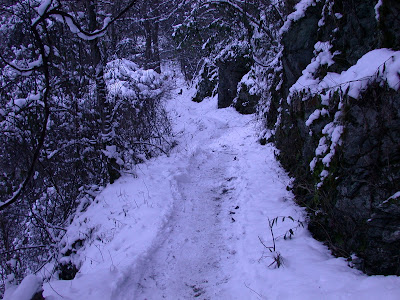 The whole afternoon was absolutely gorgeous. Sometimes I still can't believe we live in this beautiful place! We're expecting temperatures back in the 50s and 60s by this weekend, so I'm glad we ventured out before the snow melts.

"He will make me as surefooted as a deer and bring me safely over the mountains."
~Habakkuk 3:19

Linked to Five Minutes for Mom, Parenting By Dummies, and Outdoor Wednesday
Posted by Sarah @ Sarah at SmallWorld at 9:37 AM