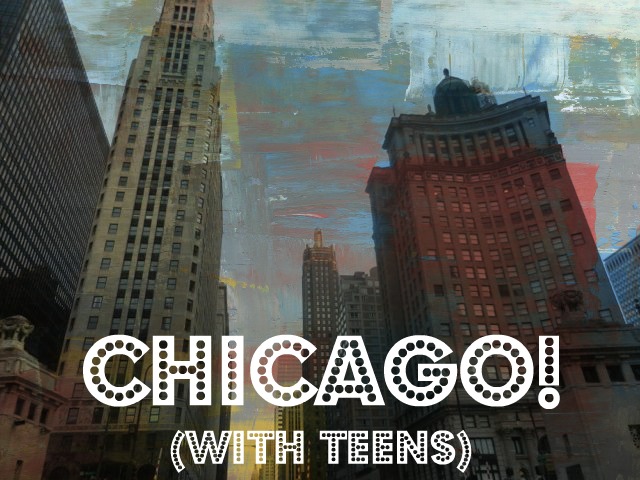 Not quite a year ago I wrote an article for Simple Homeschool about my biggest homeschooling mistake: not traveling more. We've set out this year to fix that, first with a trip to New York City and then with one to Chicago.

The trip to New York City, if you read my posts on the link above, was for our family of four. But this trip to Chicago was girls only. While my husband and younger son were at Boy Scout camp for the week, I took my 14-year-old daughter and two of her friends to Chicago.

This was a big jump outside my comfort zone: driving 550 miles by myself (or rather, as the only driver) into a major city and then navigating around the city itself. But I was committed to seizing a travel opportunity, and so…


We left on a Sunday afternoon, drove 5 hours, and spent the night with my mother-in-law in Indiana. It was awesome to get to see her and to only have a few hours to drive the next day. We weren't in too much of a hurry to get there: our goal was to arrive before evening rush hour. The trip was perfect. I was nervous and sweaty driving in city traffic, but the girls were great directors and the van's GPS took us right to my friend's door. 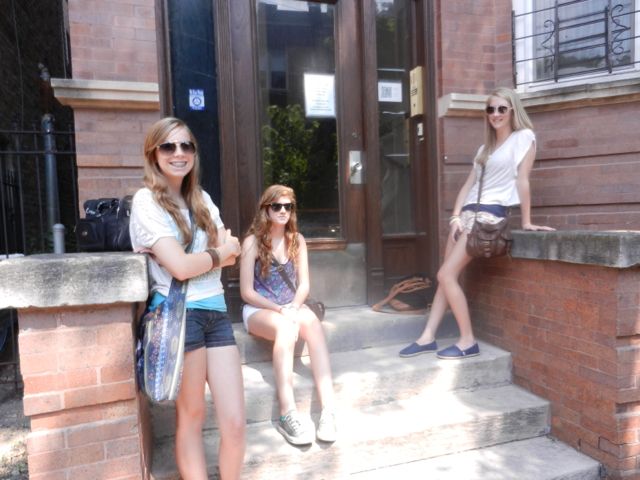 So, lodging in Chicago: I am fortunate to have a friend from college who lives in the city and was so hospitable that she opened up her one bedroom apartment to our invasion! Andria lives in the Ukrainian Village, within walking distance of all kinds of fun stuff. Andria was at work when we arrived, so we waited 15 minutes or so for her neighbor to open up for us. Did I mention that we were in Chicago during the first week of July, when record-breaking temps were reached? It was HOT!

Andria had left us a map of the nearby Wicker Park and Bucktown area, so we headed that way as soon as we unpacked. Our destination: shopping. Yes, traveling with teen girls is all about, well, shopping. Yes, they loved the food, the buildings, and the views, but let's face it—they wanted to shop! We had a long walk on a hot afternoon, but we didn't care: the sidewalk views were such fun. 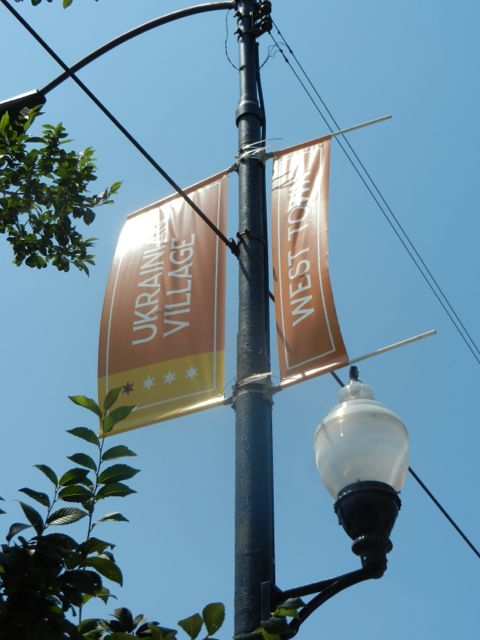 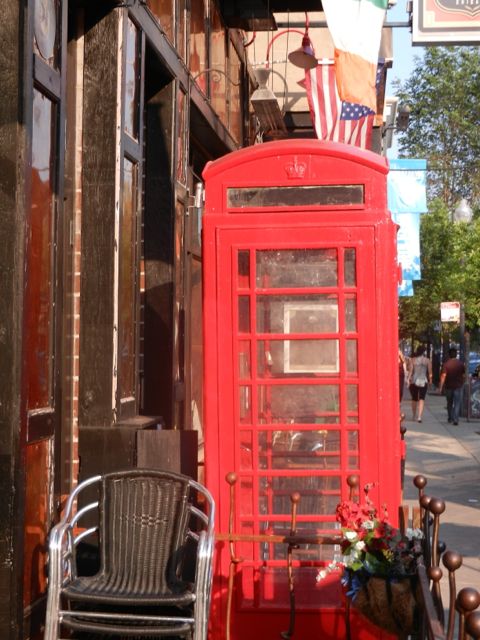 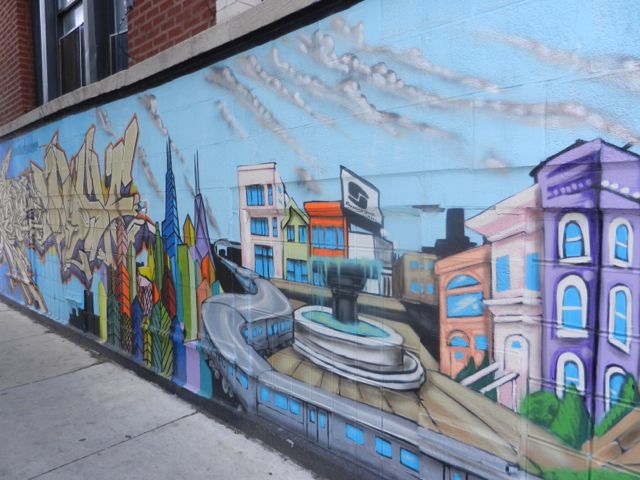 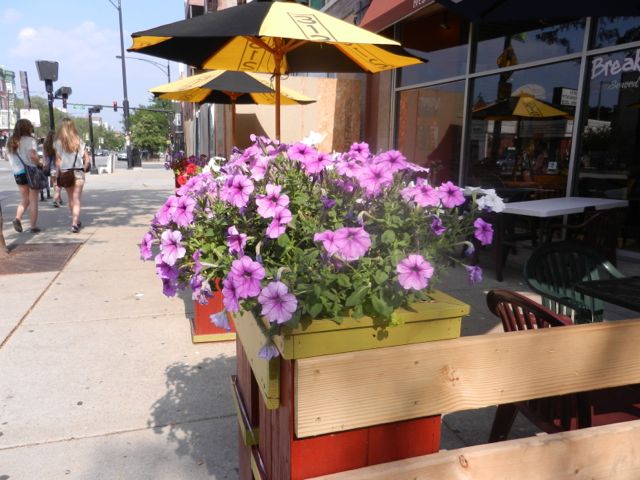 The girls had all saved money for the trip but we're all just average income families, so we skipped the pricey boutiques (except to occasionally step in and act like we were comfortable there). Urban Outfitters was their absolute favorite, and of course we all loved this massive used bookstore. 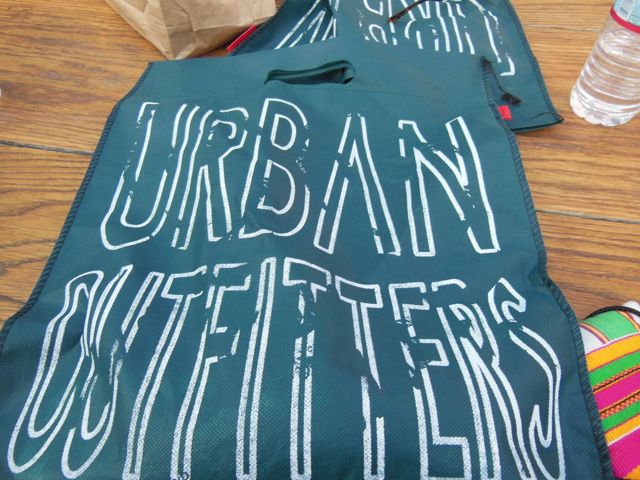 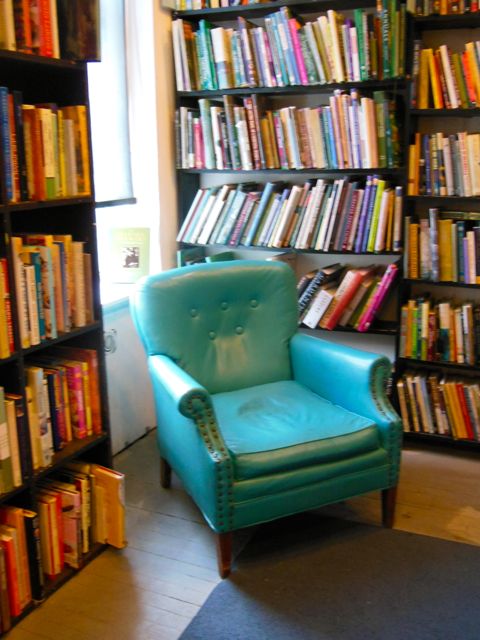 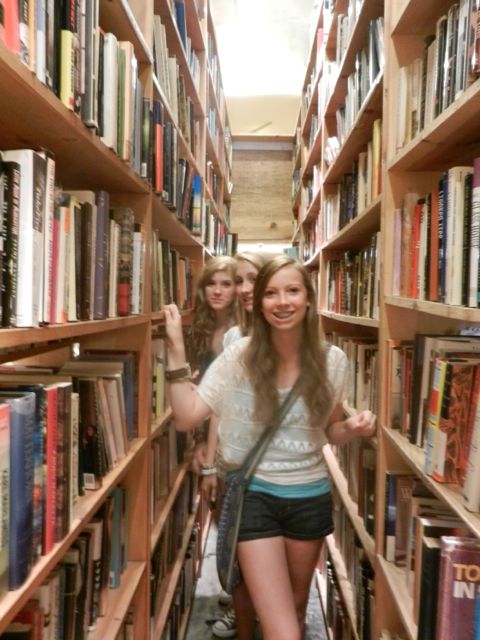 We met Andria for dinner at a taco place. Isn't it so fabulous to reconnect with friends that you haven't seen in over a decade and pick up right where you left off? The girls all thought Andria was so very cool, living in Chicago by herself and working at a theatre. But more about that later.

After fish tacos, Andria drove us around the city. I wasn't expecting that because we took the subway everywhere in NYC, leaving our car in a garage. But Andria says she rarely takes public transportation and is able to find street parking most of the time. She navigated us around downtown and to Lake Michigan. At my request she parked (warning: $18 to park!) and we walked along the beach. 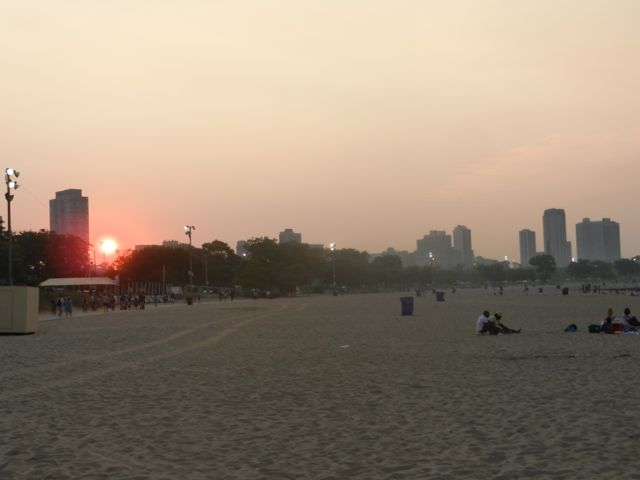 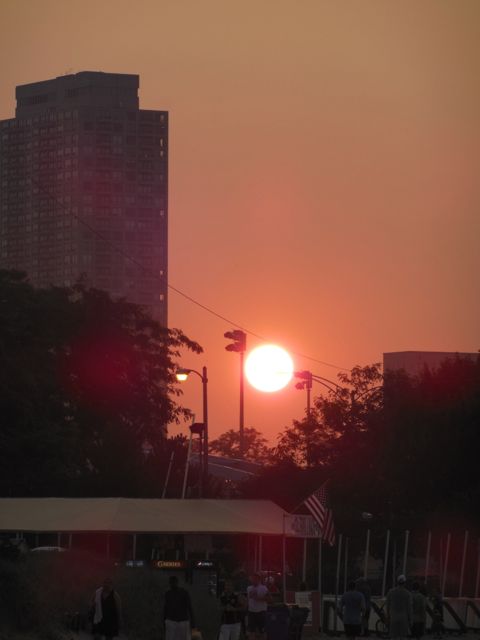 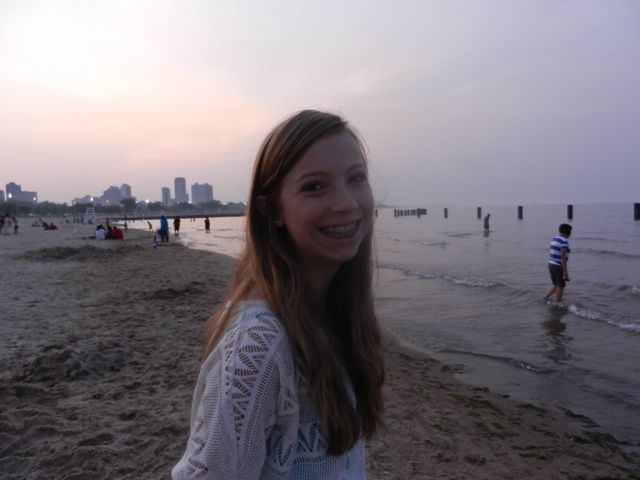 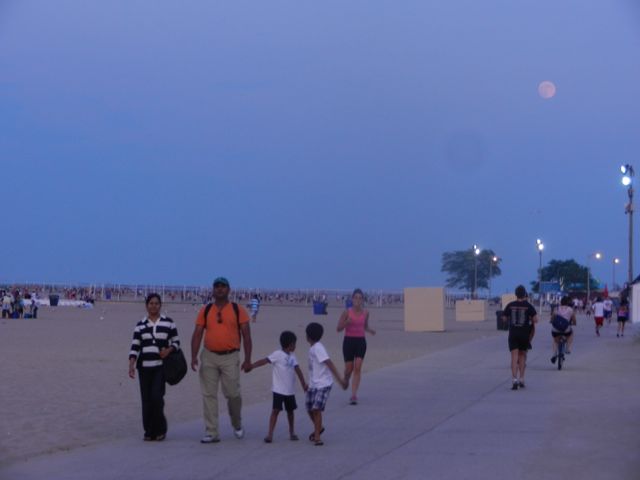 Coming from a relatively small town on the outskirts of a mid-sized big city, we were enthralled with all the activity. So much was going on at the lake that just looked like normal life: people jogging, riding bikes, eating ice cream, playing hockey on rollerblades. Just fabulous. And well, the beach was pretty dirty. But we didn't care.

From there Andria took us to where she works: Steppenwolf Theatre. It was Monday night and so the theatre was dark, so we got our own personal backstage tour. 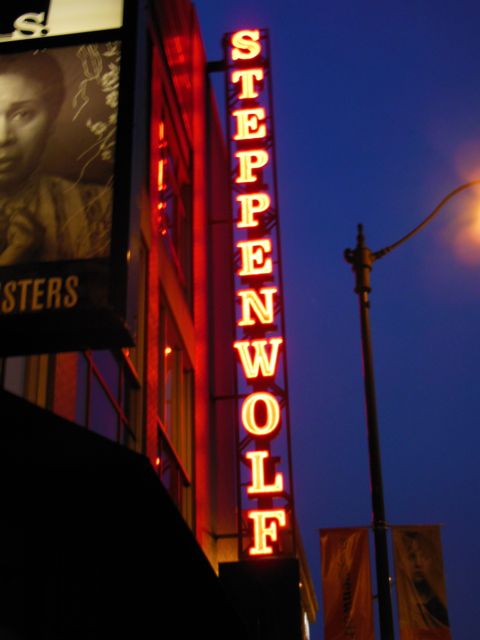 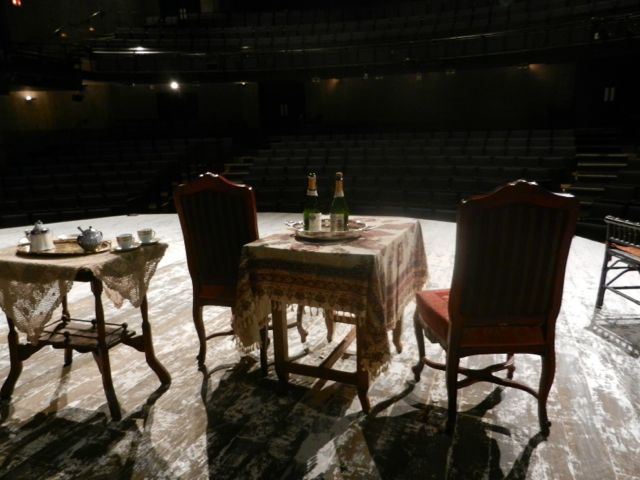 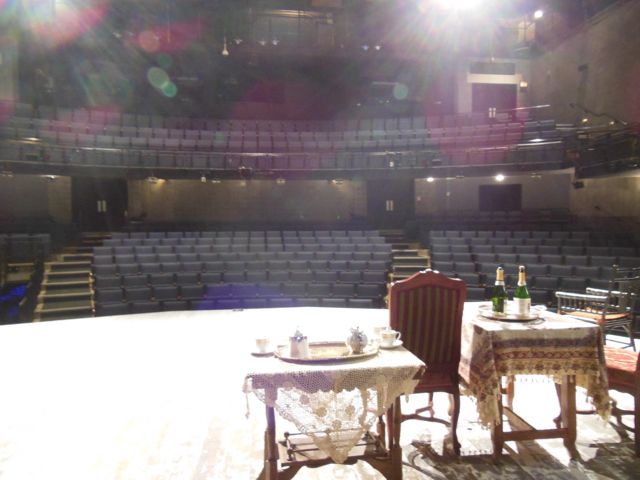 Andria is the assistant props manager, and the girls were fascinated hearing about her job. I had no idea the detail that is involved in finding props for shows! Wow! All the girls are interested in theatre, so this was an especially memorable tour. It may have even been the highlight of their whole trip!

After our grand tour of the city, we went back to Andria's place and then walked to a nearby gelato store. We ate a lot of gelato in Chicago because, well, we could!

So that was our first afternoon in Chicago. We spent about $10 each on dinner and dessert, and the girls each bought a shirt or two at Urban Outfitters. Not bad for adventure!

Stay tuned for Day 2: The Art Institute of Chicago and Navy Pier!
Posted by Sarah @ Sarah at SmallWorld at 3:17 PM