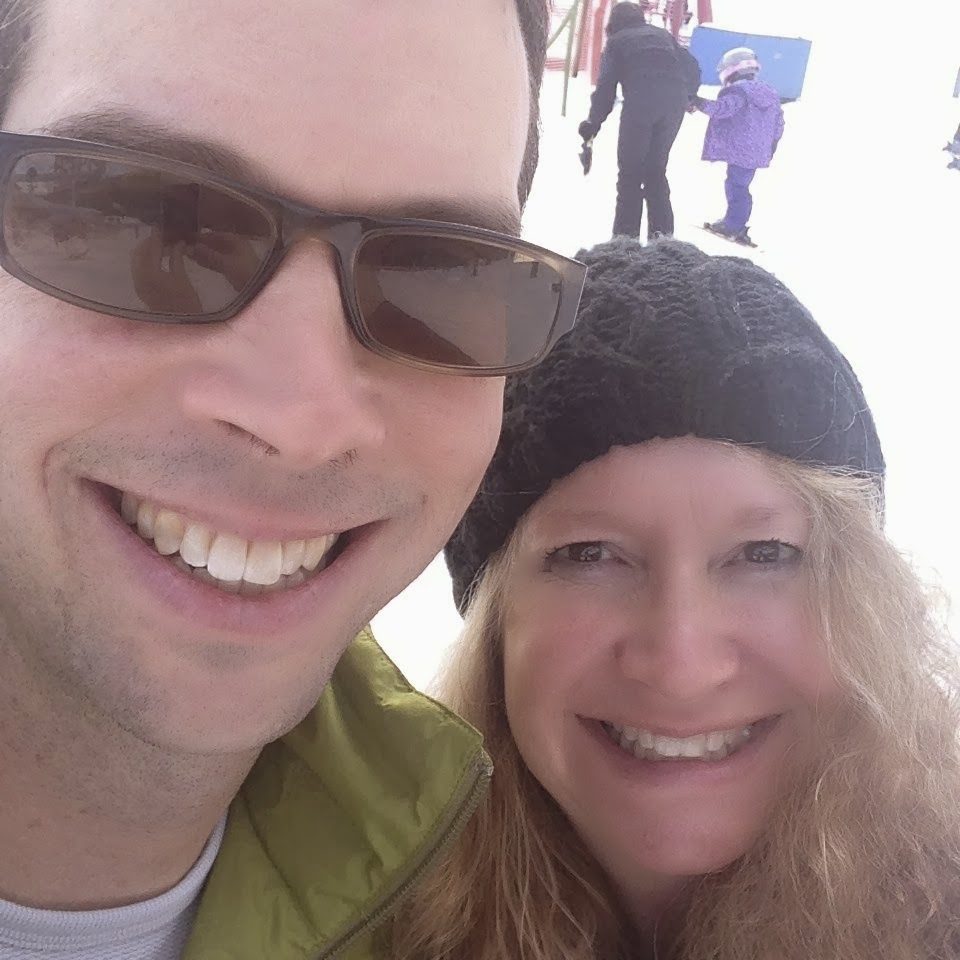 I don't remember putting on skis for the first time. As long as I can remember, I had my own ice skates and my own cross-country and downhill skis and boots. I had every kind of winter outwear imaginable, from gators to balaklavas. But that was all a long, long time ago. And while you can never take the Northern out of a girl, you can't do much when there just isn't a whole lot of snow in the South. (Not, by the way, that I'd trade the glorious weather in Tennessee for that of upstate New York, except for maybe 1 month of pure winter.)

But this year we decided to splurge and do four weeks of skiing at Ober Gatlinburg, our local downhill ski resort. (Cross-country skiing just does not exist here.) Jesse did this special package for homeschoolers for 3 or 4 years when he was in middle- and high-school; but Randy, Laurel, and Duncan had never been skiing.

The three of them started right off with beginner lessons, leaving me to face the slopes by myself. I was a pretty decent skier at one time, but it has been nearly 25 years since I last skied. I was a bit anxious, to say the least. 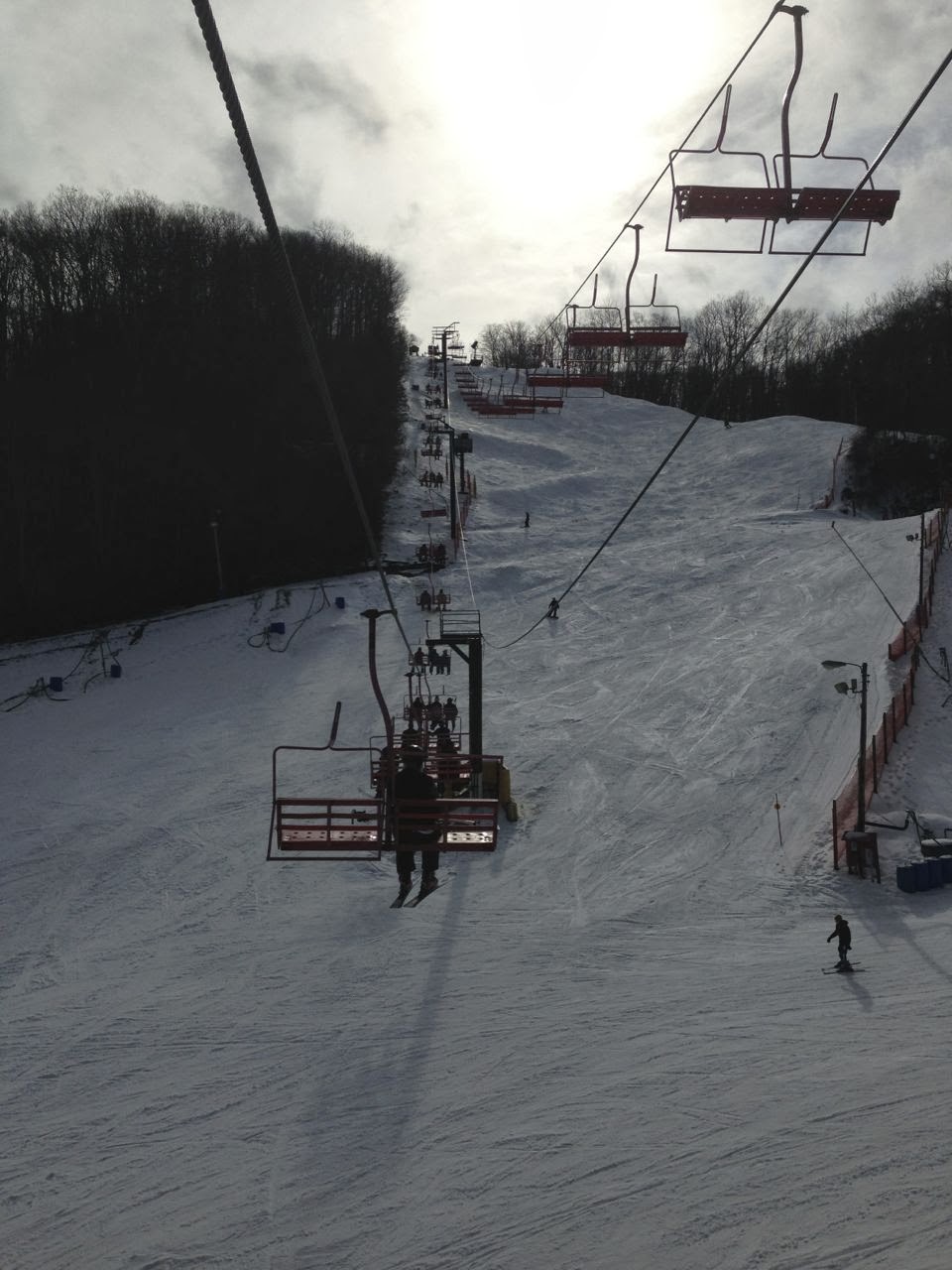 But it's true: it really is just like riding a bike. As soon as my boots clicked into the skis, I remembered. My body knew just what to do. I didn't fall off the chair lift, didn't crash into any other skiers, didn't even fall. I swooshed down to the bottom like I'd been doing this for all my life. 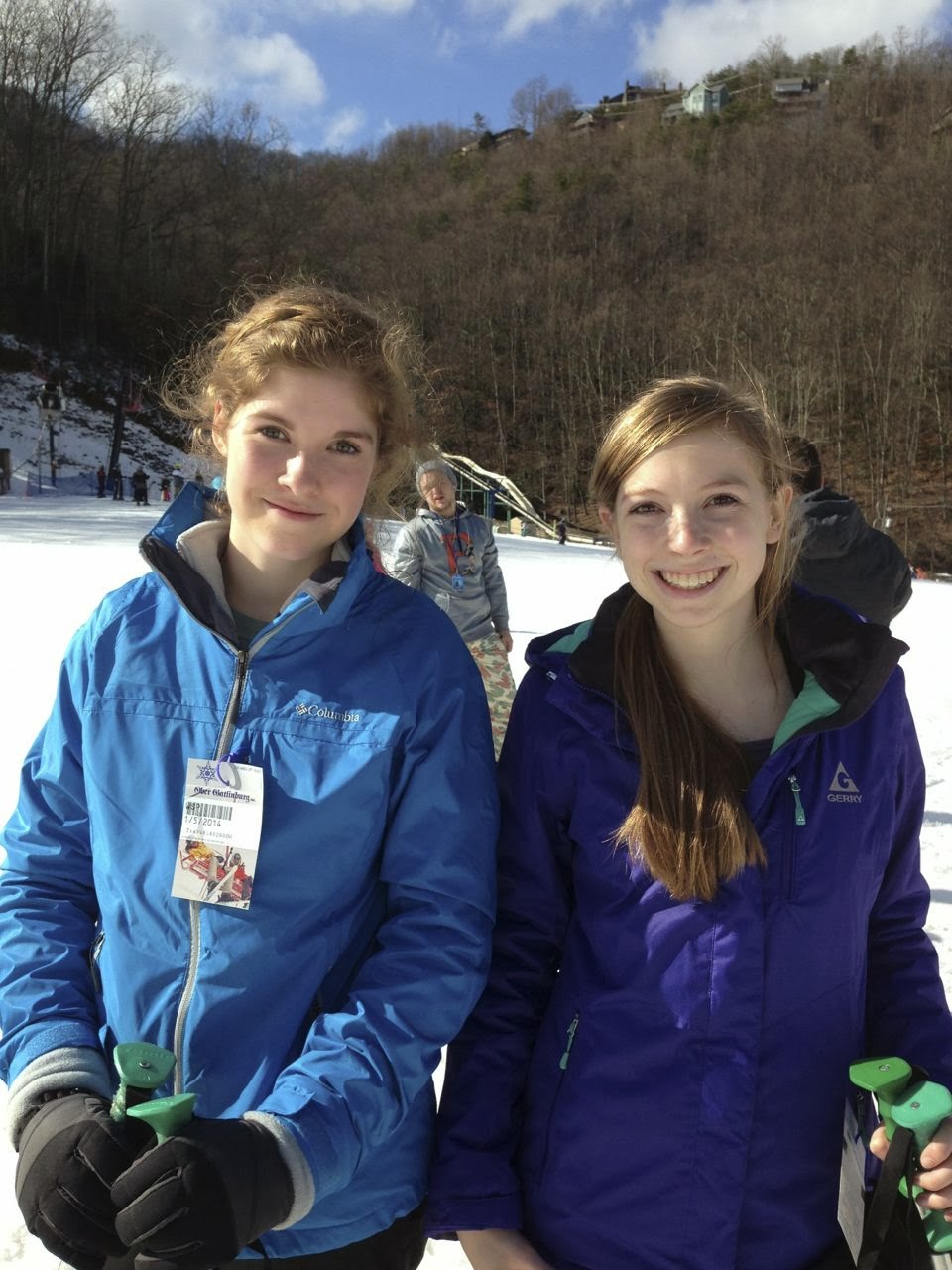 Lucky for my kids, two of their best friends also signed up for the program. They all had a great time; I'm hoping this will give them the skiing bug. I'm picturing a future trip to New Hampshire or Idaho, a cozy cabin week with roasting fires and thick, fluffy snow. 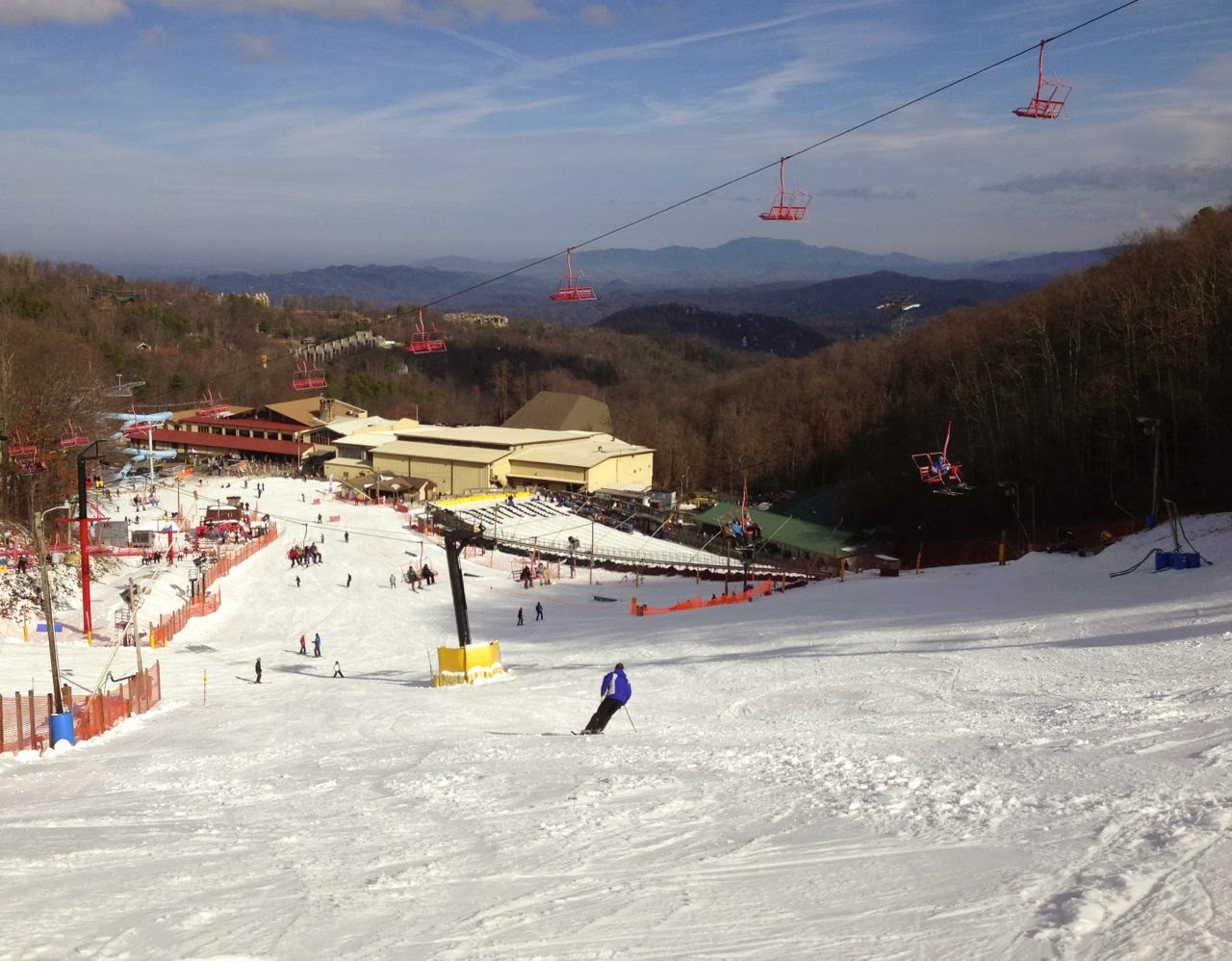 The snow was actually much nicer than I was expecting. There were no icy patches, and the view from the top? Fabulous. What's better than seeing the Smokies spread out all around you? The boys wanted to go on the easy slope with me after their hour-long lesson on the bunny slope. They had a bit of a mishap coming off the chairlift but they did great actually skiing. Duncan did plow into me at one point, and we both took a tumble. But that's all a part of it!

The best part about skiing in Tennessee? The weather! We were actually sweating with our coats and gloves on. I can't even reconcile that do skiing in New York, when you're so cold you actually think you might have frostbite for real. We're looking forward to doing it again next weekend! 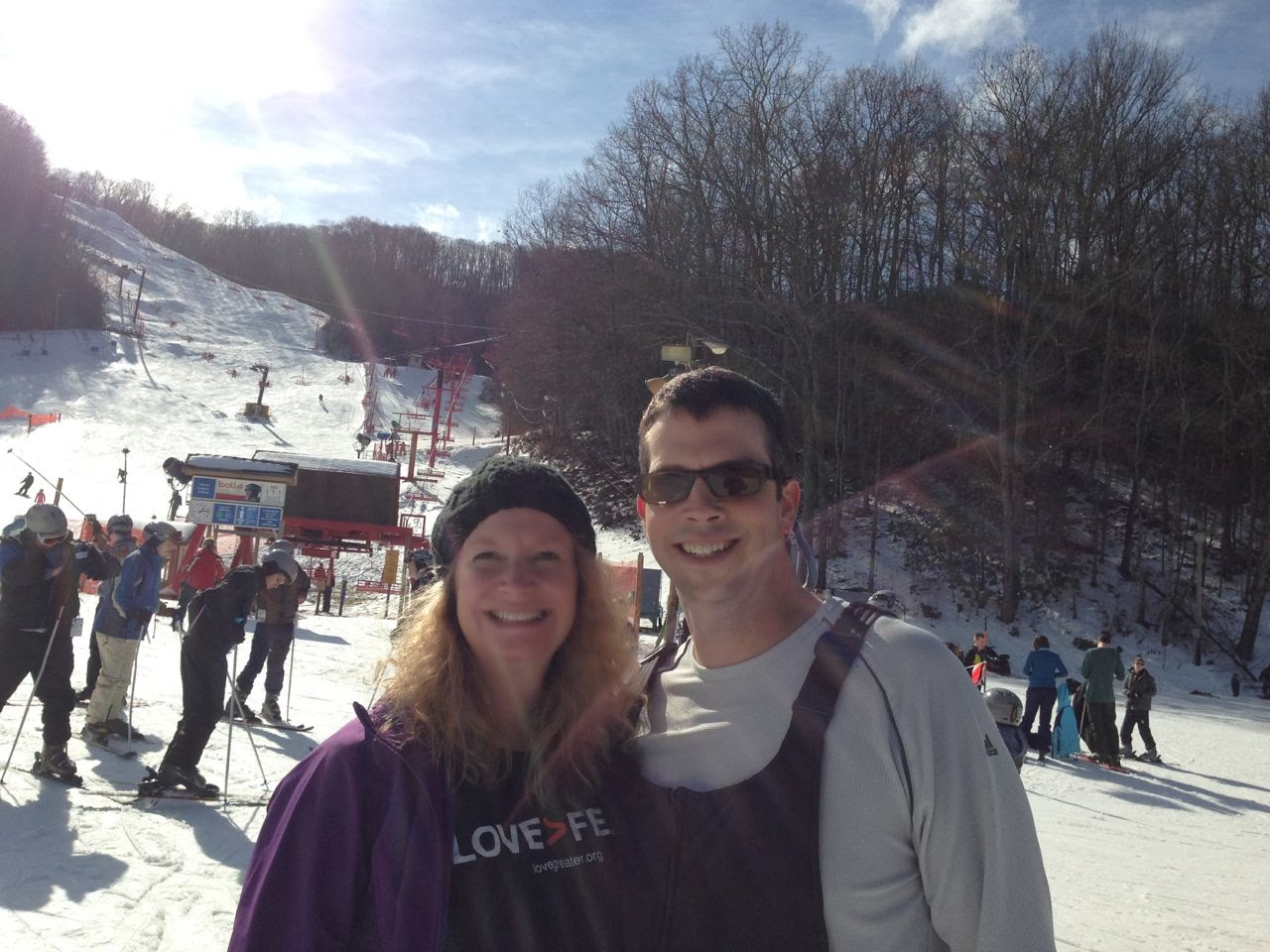 Linked up at Outdoor Wednesdays and Wordless Wednesday
Posted by Sarah @ Sarah at SmallWorld at 10:24 AM