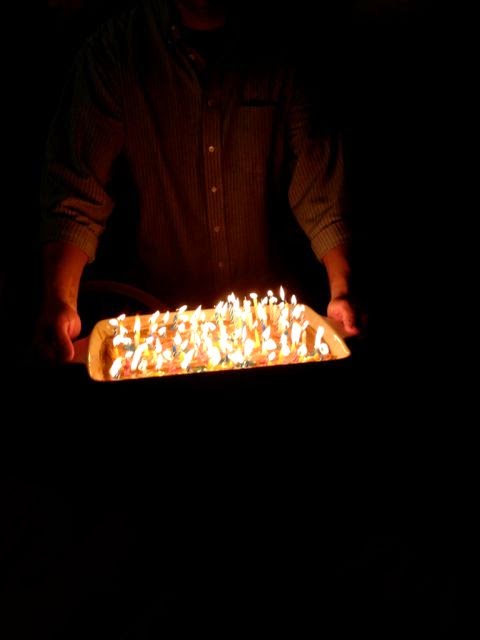 Ninety is old. Ninety-year-olds scuffle when they walk, if they walk.

My Dad turned 90 this month. I can't actually absorb that. I have to keep saying it over and over again to try to figure out what it really means. My Dad is 90? Ninety?

On his birthday morning we took Mom and Dad out for breakfast at Cracker Barrel. {This is the essence of homeschooling—I've said it once, and I'll said it a dozen times more before we are done with it all. We take a day or more off for momentous occasions like this. Because 90.} Dad speculates on why so many people flock to Cracker Barrel where, he says, the food is mediocre and overpriced. He's right, of course. "It's nostalgia. People of my generation remember a simpler time. People of your generation wish they could remember that simpler time and live vicariously through our generation." He then walks around the restaurant (yes, while people are eating) and examines the pictures and tools on the walls. Cracker Barrel's decor has probably never been so carefully inspected.

He is careful not to eat all his grits and stays away from the gravy. When I tell him to eat up—it's his 90th birthday, after all—he says, "Yes, and I'd like to live to 91." 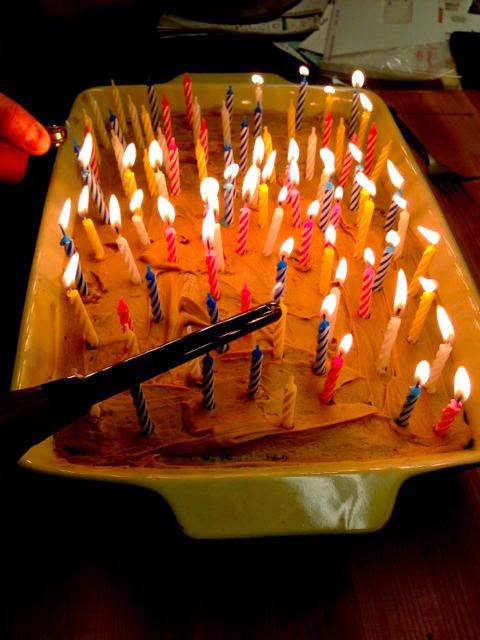 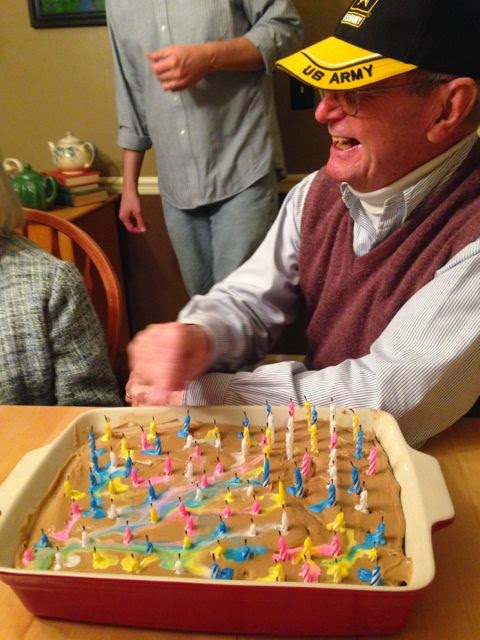 Birthday dinner was a smallish affair, considering the number of offspring that could have been there, with  two sons, his daughter, his son-in-law, a daughter-in-law, three grandsons, and a granddaughter. Two more granddaughters (mothers to his 5 great-grandsons), called in during dinner. He couldn't really hear them over the phone, but he heard their "Happy birthday" shouts and their "I love you, Opa." 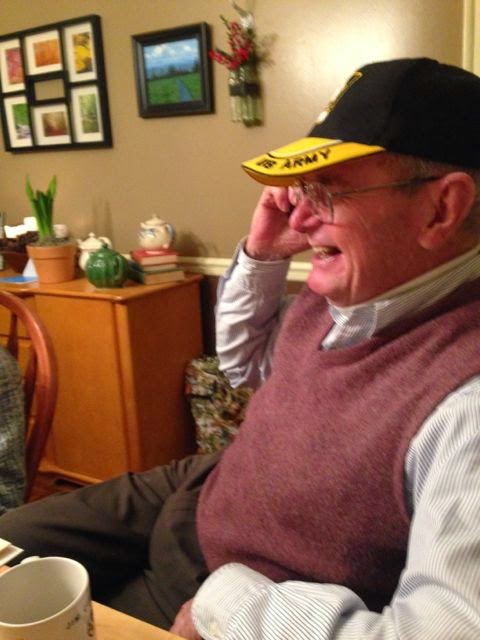 After dinner he headed off to pick up a third son and the youngest grandson, who is nearly three, from the airport.


The celebration continued all weekend. We gave him an itinerary on the first evening. 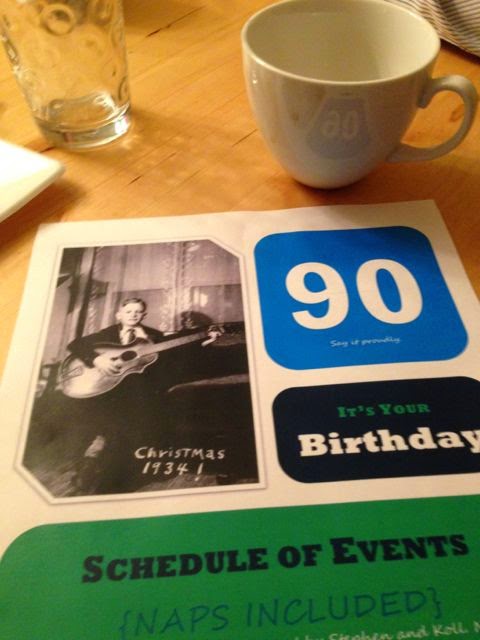 The second evening we headed over to my third brother's home for a slide show and soup. There were a whole bunch of us there: four out of five of us kids plus an assortment of grandkids. Dad narrated the slides, many of which he'd never seen before. What is it like to look back at your life, to look back over 90 years, and wonder how it all went so fast and yet so very slow?

The third day didn't go as planned, and that's OK. My brother and I had a grand plan to do some much-needed cleaning and painting at my parents' house while they went to brunch at my second brother's house, but Mom wasn't feeling well. Dad went and had a great time, but we had to cancel the cleaning surprise and the subsequent game night we had planned with everyone. Dad was totally content and ready for a break.

The final day took some work, but my fourth brother pulled it off: he managed to get our oldest brother, the one who is broken, to Skype with Dad. Dad and James had a good conversation, or as good a conversation that can be had between someone who can hardly hear and someone who lost himself years ago. But still: he is the oldest of us siblings, and in that slide show from the second night? He's the one in all the pictures. The one that came first. I'm glad that Dad got to end his birthday weekend with James.

We're all rested up now after the flurry of celebration. I look at my Dad in absolute wonder. I cannot believe that he can be 90. When I look at my Dad, he's just my Dad. He's a little slower than he used to be. Every now and then he forgets something. But he doesn't look a whole lot different than he did 10 or 20 or even 30 years ago. But then I think: my father is 90. And I can hardly breathe.

More years, please. So many more.

Email ThisBlogThis!Share to TwitterShare to FacebookShare to Pinterest
Labels: Mom and Dad