Weekly Wrap-Up: Back to School

It is just so hard to start back again—that's universal, right?

We had a fantastic Christmas break. We had lots of lazy days, enjoyed family and games and friends and good food. And we celebrated Duncan's birthday on the 25th and Randy's on the 26th, and then did Christmas all over again and New Year's too with Randy's family in North Carolina.

(I just realized that I don't have any pictures of our oldest, Jesse. He really was around during Christmas vacation, but he had to work a lot!)

We have a tradition in our house of not having school on birthdays. Since Duncan's birthday is on Christmas Day, we always take a different day off. This year, I honestly forgot about that until it was time to plan for the first Monday back—and then I realized WE CAN TAKE THE DAY OFF!! Lame, I know. But a birthday-day-off meant unlimited video game time for him. And, yeah, I might have spent four blissful hours at a coffee shop with a friend.

So we didn't really start back until Tuesday. And since our co-op classes didn't start back until Wednesday, Duncan actually didn't have any homework to do. Instead, we did a whole day's worth of history. We are slowly making our way through world history, and I do mean slowly. We keep getting "sidetracked," a term I had to put in quote because really, getting sidetracked is one of the greatest joys of homeschooling. 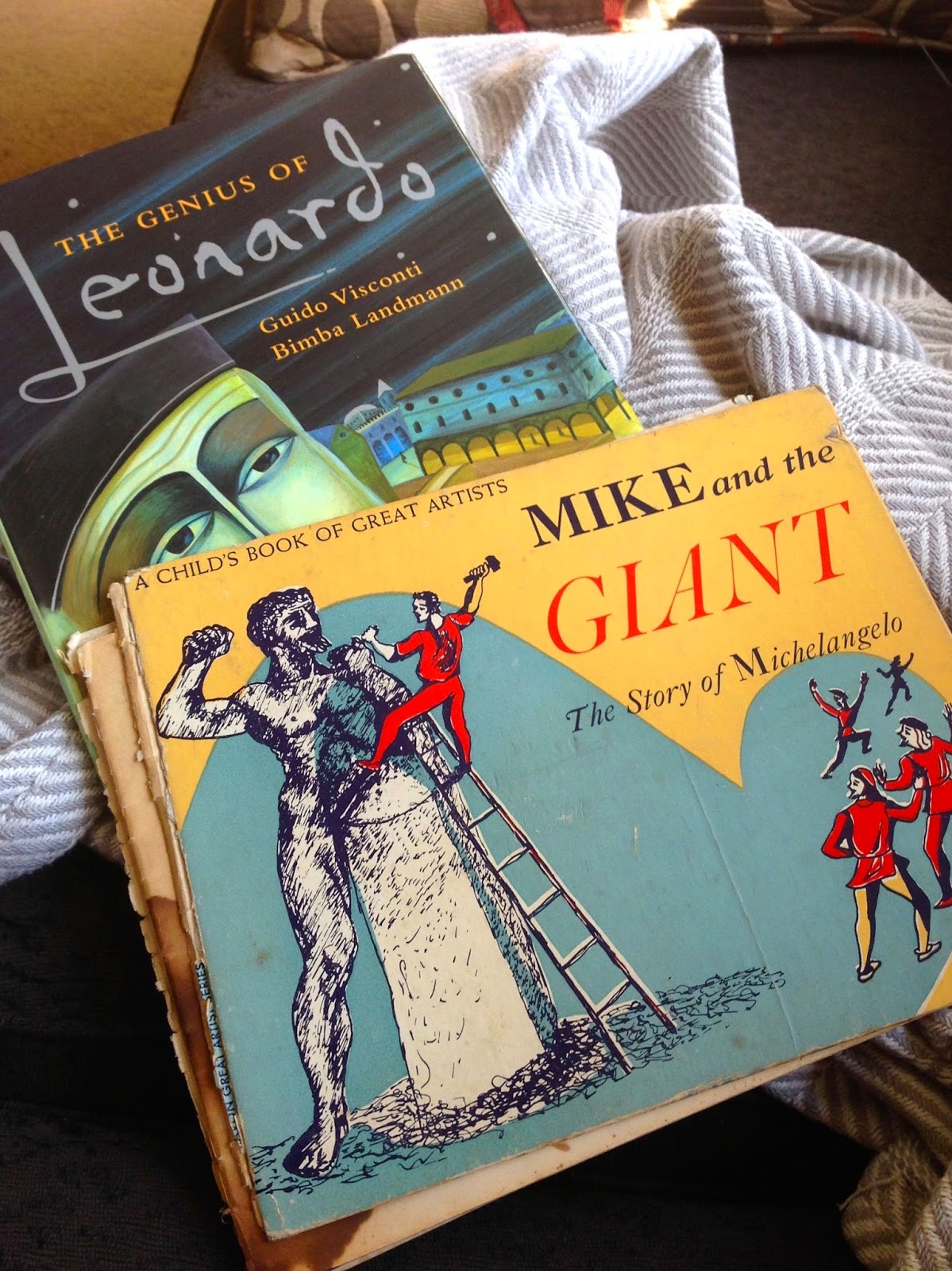 So reading about da Vinci and Michelangelo in his history book led us, of course, to reading about them more in-depth (one of these books is from my own childhood) and then watching videos on about the Sistine Chapel. And can I just say how amazing it is to read about the Mona Lisa and for Duncan to say "I've been there!"

Co-op classes started back on Wednesday, which means my British Lit class and also geometry for Duncan. His science class starts back next week, but he has homework to do for that. So, the rest of this week is dedicated to writing an essay, reading poetry, doing geometry, and reading environmental science. He is going on a winter camp-out with his Boy Scout troop this weekend, so he's also been busy getting ready for that. Yep, it's supposed to get down to 12 tonight, and they apparently think that's fun. 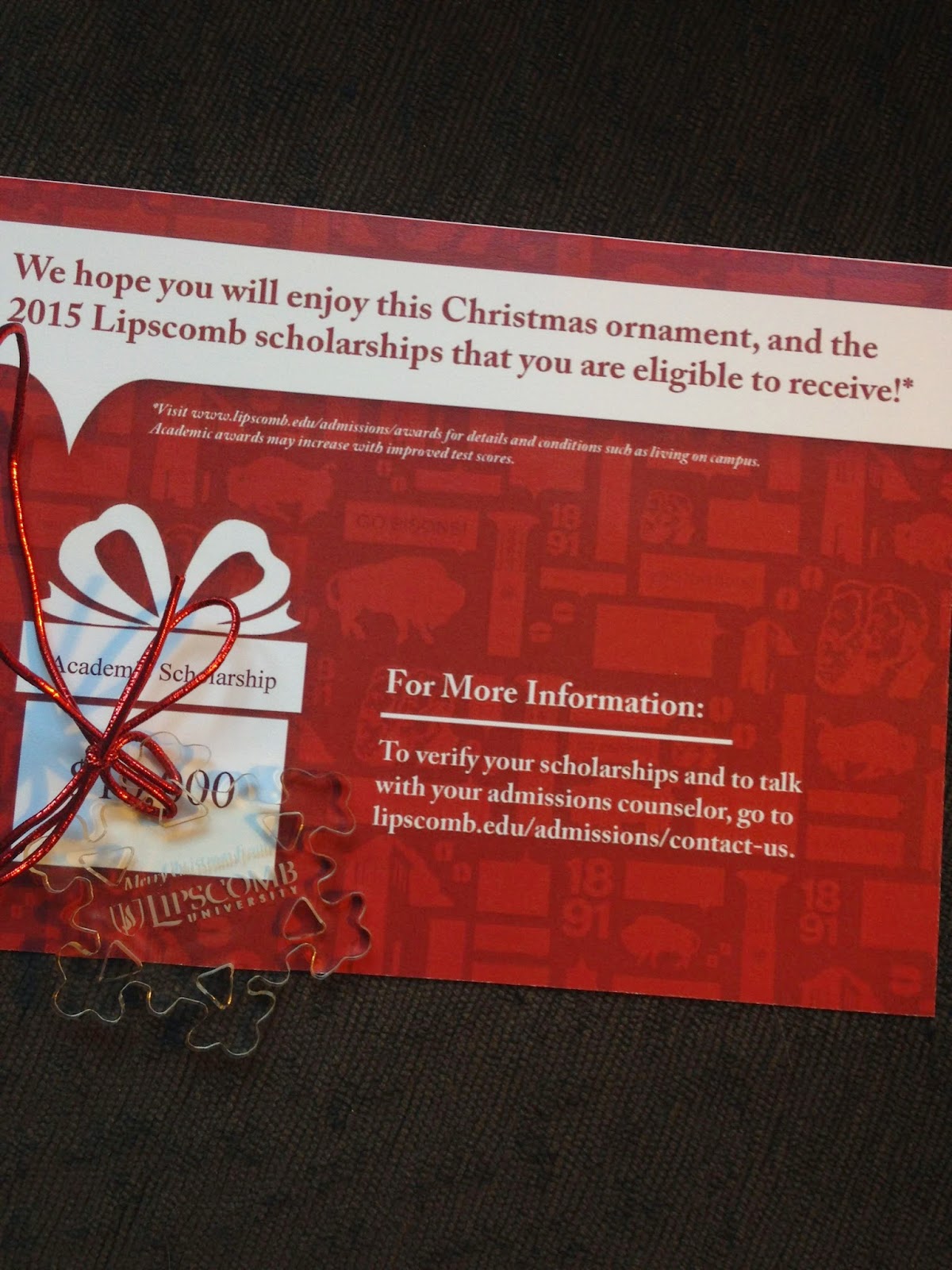 Laurel is in her last semester of her senior year. There. I said it, but I try not to think about it too much. The exciting news is that she has decided to go to Lipscomb University in Nashville! I'm really happy about it. There was a part of me that hoped she would go to my alma mater, and I think that would have been a great fit, too; but I think she's made the right decision.

But that's all I'm going to say about college right now, because she still has a whole semester of high school left. She was busy finishing a paper for my Classic Literature class for the first couple of days this week. I'll do a separate blog post on the independent reading project I had my upperclassmen do, because it turned out so incredibly well.

Her co-op classes also started back on Wednesday. She's continuing with my Classic Literature class as well as psychology. She'll be taking German again at the college as part of dual enrollment, but that doesn't start until the last week of January. We also ordered Teaching Textbooks pre-calculus for her, which she started this week.

It was hard to get back into the swing of things this week, but now that the first day of co-op is over, we are remembering the rhythm of our days. After all, we've been doing this together a long, long time. I've got nearly 15 years behind me, and not quite four left to go.


Linked up with the Weekly Wrap-Up
Posted by Sarah @ Sarah at SmallWorld at 9:18 AM