Weekly Wrap-Up: Back At It

The middle of the January comes as expected: dreary, chilly, and gray. I am thrilled that I have nowhere I must go today.

Not much has been happening these first couple of weeks of the 2016. We had a retirement party for our longtime Scoutmaster last week. There were loads of families there, including many young men who earned their Eagle rank under Shane. 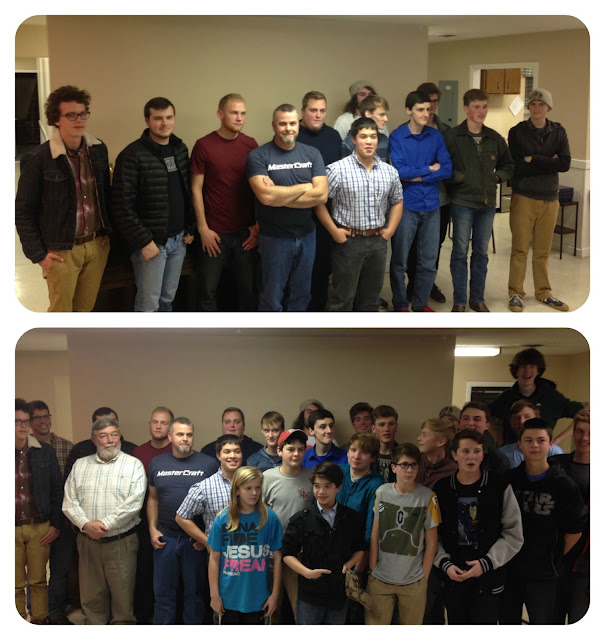 The top picture is just a sampling of the guys who got their Eagle while Shane was Scoutmaster,  including Jesse on the far left. Most of the guys in the top picture are in college now (or, in Jesse's case, graduated from college). There are several more Eagle Scouts who weren't able to come to the party; our troop has a history of having the majority of boys earn that rank. The bottom picture is of past and current members, as well as past, retiring, and new Scoutmaster (Randy).


Laurel went back to college this past weekend. She had an awesome first semester. She not only adjusted to college life well, but she pulled a 4.0. I'm so proud of her. And I miss her. 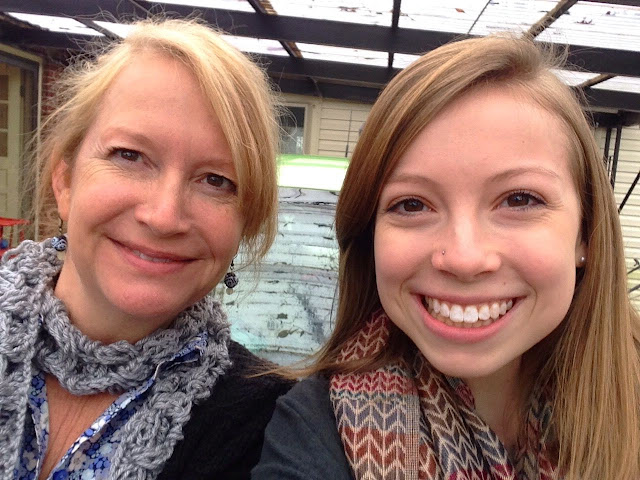 Even though she's only three hours away, I'm not sure when I'll see her again. She's going on a mission trip to Mexico over her spring break instead of coming home— but I'm so excited for her to have this experience!

Duncan's back at all his regular school. For the week before Christmas break and the week afterwards, he only did algebra 2. Hours and hours each day of algebra 2. Although he's kind of a math guy, he was actually relieved to begin his co-op classes so that he didn't have to do so much math.

In American literature, we're reading short stories, starting with "Bernice Bobs Her Hair" and "A Jury of Her Peers." In American history, he's working on his personal history project, which is lots of fun, and also studying the Reconstruction. Government, of course, is all about the presidential election right now. We managed to watch the GOP debate for an hour last night before turning off the painful debacle. In biology, he's finally made it out of cells and DNA and into muscles and bones.

Duncan's also going to enter a National History Day project for the first time this year. He's working with a friend on a website. He has a lot of work today between now and the Feb. 1 deadline, but I think it will be a fantastic experience. More on that as he progresses.

I've been crafty lately. Honestly, all I want to do is sit around and be crafty while watching Netflix. I made this embroidery for Laurel's dorm room (I ended up taking out the white diamond in the middle): 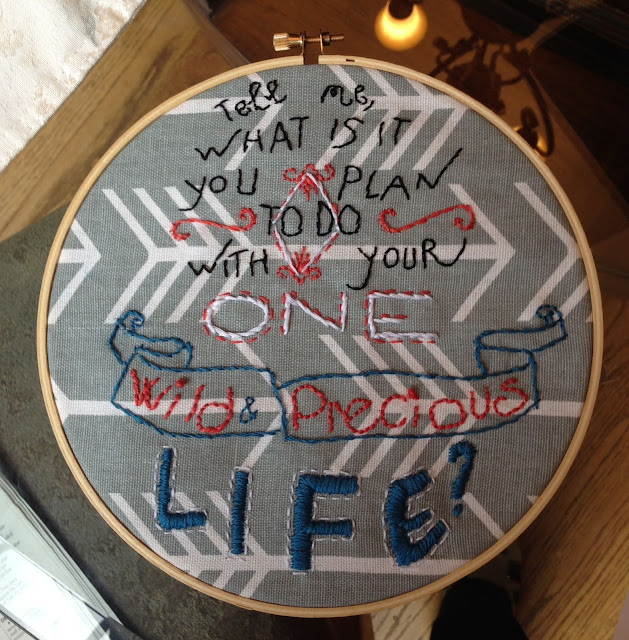 And I made some bookmarks for my book club friends: 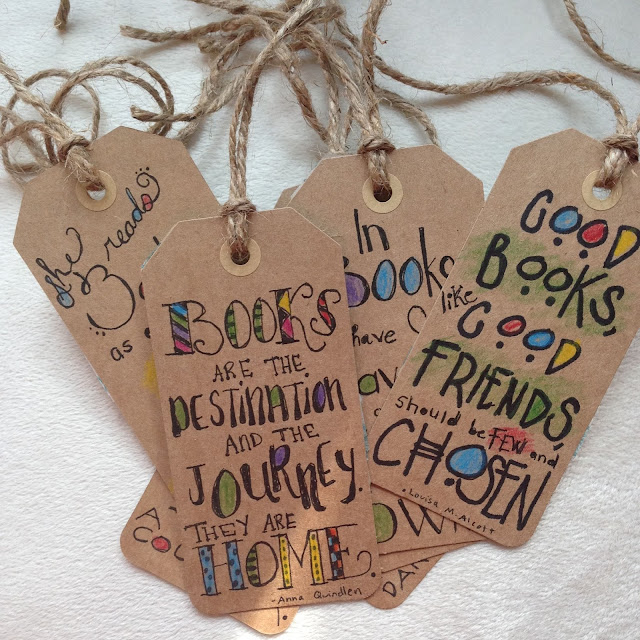 And I hosted a mother/daughter party in which we made these mixed media collages. 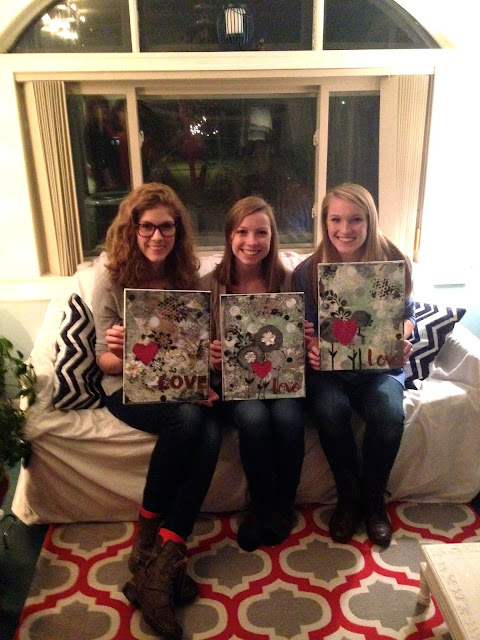 My friend has a business in which she goes to people's houses and leads them in making art. 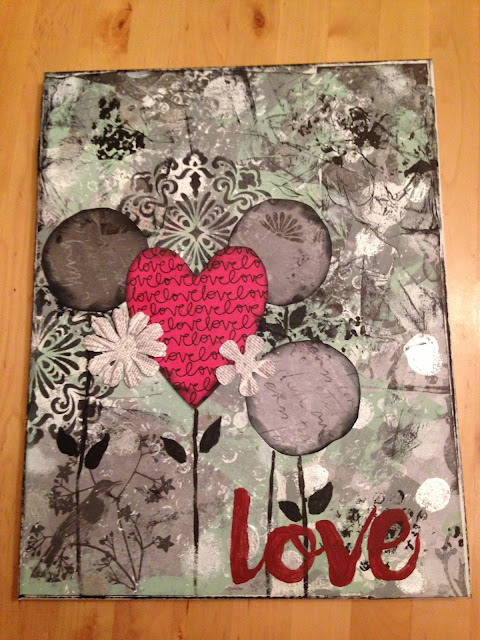 I could do this kind of stuff all day.

But I can't. There's school to be done, a house to clean, meals to cook, parents to visit, and lots of chauffering to do.

And I don't wish away this time in my life for anything, even endless days of creating.


Linked up with the Hip Homeschool Hop, the Weekly Wrap-Up, and Collage Friday
Posted by Sarah @ Sarah at SmallWorld at 1:27 PM