(My apologies to those who also follow SmallWorld Reads for the duplicate post, but some things bear repeating!)

On this, the 50th anniversary of the publication of To Kill a Mockingbird, it seems only appropriate to republish a post I wrote two years ago, the last time I read My Favorite Book Ever. And so, from April 2008:

Book Review: To Kill a Mockingbird

I've been putting off this review for a couple of weeks now. How can I possibly express the utter perfection of this novel? I first read Harper Lee's phenomenal debut when I was in high school. I fell madly in love with it and read it again. Read it again in college, again in my 20s and in my 30s. It is the only book I have read more than twice (other than the Bible) since I was a child. I have always maintained that it is my favorite book, and after reading it again in my 40s, I wish that a spot existed higher than #1.

Why do I love this novel so much? I think because everything that matters is here. Jesus said that that the two greatest commandments are to "Love the Lord your God with all your heart, all your soul, all your mind, and all your strength" and to "Love your neighbor as yourself." And in this novel, Harper Lee puts these beautiful words into action through her characters. Take, for

Love Your Neighbor as Yourself:

I think there's just one kind of folks. Folks. ~Scout

You never really understand a person until you consider things from his point of view... Until you climb inside of his skin and walk around in it. ~Atticus

Don't matter who they are, anybody sets foot in this house, they are company and don't let me catch you remarking on their ways like you were so high and mighty. ~ Calpurnia

Folks don’t like to have somebody around knowing more than they do. It aggravates them. You’re not going to change any of them by talking right, they’ve got to want to learn themselves, and when they don’t want to learn there’s nothing you can do but keep your mouth shut or talk their language. ~Calpurnia

On Religion vs. Following Christ

We're so rarely called on to be Christians, but when we are, we've got men like Atticus to go for us. ~Miss Maudie.

If spitting in my face and threatening me saved Mayella Ewell one extra beating, that's something I'll gladly take. ~Atticus

Footwashers believe anything that's pleasure is a sin. Did you know some of 'em came out of the woods one Saturday and passed by this place and told me me and my flowers were going to hell? … They thought I spent too much time in God's outdoors and not enough time inside the house reading the Bible. ~Miss Maudie

Sometimes the Bible in the hand of one man is worse than a whiskey bottle in the hand of--oh, your father. ... If Atticus Finch drank until he was drunk he wouldn't be as hard as some men are at their best. there are just some kind of men who--wh're so busy worrying about the next world they've never learned to live in this one, and you can look down the street and see the results. ~Miss Maudie

On Equality and Justice:

The one place where a man ought to get a square deal is in a courtroom, be he any color of the rainbow, but people have a way of carrying their resentments right into a jury box. As you grow older, you'll see white men cheat black men every day of your life, but let me tell you something and don't you forget it - whenever a white man does that to a black man, no matter who he is, how rich he is, or how fine a family he comes from, that white man is trash. ~Atticus

If there's just one kind of folks, why can't they get along with each other? If they're all alike, why do they go out of their way to despise each other? ~Jem

How can you hate Hitler so bad an' then turn around and be ugly about folks right at home? ~Scout

I wanted you to see what real courage is, instead of getting the idea that courage is a man with a gun in his hand. It's when you know you're licked before you begin but you begin anyway and you see it through no matter what. You rarely win, but sometimes you do. ~Atticus

It was times like these when I thought my father, who hated guns and had never been to any wars, was the bravest man who ever lived. ~Scout

It's when you know you're licked before you begin but you begin anyway and you see it through no matter what. ~Atticus 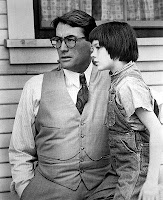 They're certainly entitled to think that, and they're entitled to full respect for their opinions... but before I can live with other folks I've got to live with myself. The one thing that doesn't abide by majority rule is a person's conscience. ~Atticus

Atticus Finch is the same in his house as he is on the public streets.~ Miss Maudie

The sixth grade seemed to please him from the beginning: he went through a brief Egyptian Period that baffled me - he tried to walk flat a great deal, sticking one arm in front of him and one in back of him, putting one foot behind the other. He declared Egyptians walked that way; I said if they did I didn't see how they got anything done, but Jem said they accomplished more than the Americans ever did, they invented toilet paper and perpetual embalming, and asked where would we be today if they hadn't? Atticus told me to delete the adjectives and I'd have the facts. ~Scout

There was no doubt about it, I must soon enter this world, where on its surface fragrant ladies rocked slowly, fanned gently, and drank cool water. ~Scout

When a child asks you something, answer him, for goodness' sake. But don't make a production of it. Children are children, but they can spot an evasion quicker than adults, and evasion simply muddles 'em. ~Atticus

Bad language is a stage all children go through, and it dies with time when they learn they're not attracting attention with it. ~Atticus

Before Jem looks at anyone else he looks at me, and I've tried to live so I can look squarely back at him. ~ Atticus

There's a lot of ugly things in this world, son. I wish I could keep 'em all away from you. That's never possible. ~Atticus

Miss Caroline caught me writing and told me to tell my father to stop teaching me. "Besides," she said, "we don't write in the first grade, we print. You won't learn to write until you're in the third grade." ~Scout

The remainder of my school days were no more auspicious than the first. Indeed, they were an endless Project that slowly evolved into a Unit, in which miles of construction paper and wax crayon were expended by the State of Alabama in its well-meaning but fruitless efforts to teach me Group Dynamics. What Jem called the Dewey Decimal System was school-wide by the end of my first year, so I had no chance to compare it with other teaching techniques. I could only look around me: Atticus and my uncle, who went to 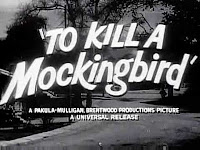 school at home, knew everything-at least, what one didn't know the other did. Furthermore, I couldn't help noticing that my father had served for years in the state legislature, elected each time without opposition, innocent of the adjustments my teachers thought essential to the development of Good Citizenship. Jem, educated on a half-Decimal half - Duncecap basis, seemed to function effectively alone or in a group, but Jem was a poor example: no tutorial system devised by man could have stopped him from getting at books. As for me, I knew nothing except what I gathered from Time magazine and reading everything I could lay hands on at home, but as I inched sluggishly along the treadmill of the Maycomb County school system, I could not help receiving the impression that I was being cheated out of something. Out of what I knew not, yet I did not believe that twelve years of unrelieved boredom was exactly what the state had in mind for me. ~ Scout

The second grade was grim, but Jem assured me that the older I got the better school would be, that he started off the same way, and it was not until one reached sixth grade that one learned anything of value. ~Scout


I could go on and on. If you haven't read the book, please read it, and then read it again. I get more out of it upon every reading. I can understand why Harper Lee never wrote another novel. Some say she must have a world of writing stored inside of her, but it seems to me just pretty much covered everything already.
Posted by Sarah @ Sarah at SmallWorld at 7:56 AM