I have been meaning to go to the Tennessee Museum of Aviation in Sevierville for years. In fact, every time we go to Dollywood, we pass the sign and I think, "We really need to go there."

And finally, we did! Studying World War II was, of course, our impetus. We've just finished studying about Pearl Harbor, and I discovered that the museum has a display on the USS Arizona. It was time to go. 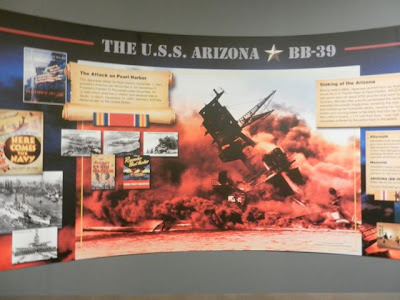 The museum is small, but we spent nearly two hours there, as there are many displays to read. One section traces aviation history from before the Wright Brothers, focusing primarily on military aviation history. I think my friend Diane and I were particularly enthralled with the tributes to U.S. military chaplains. 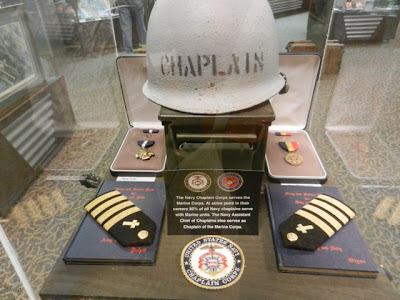 My father-in-law was a chaplain in the Philippines during World War II; unfortunately, we know practically nothing about his service. (He passed away in 1999.) Would he have carried a box with a communion set like this one? 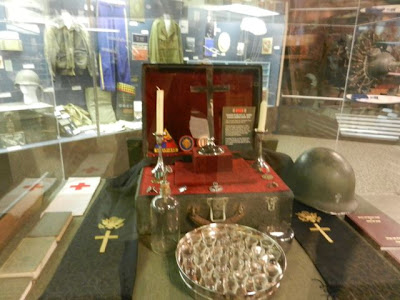 We were particularly struck by the story of the Four Chaplains. I can't believe that in all my years in history classes—I had a history minor in college—and in all my years of homeschooling, I've never come across this amazing story before. In brief, these four men of God comforted, calmed, and encouraged a crew of 900 men when their ship was torpedoed by a German submarine. They helped men into lifeboats and gave away their own life jackets when the supply ran out. They were last seen with arms linked, praying, as the ship went down. What an amazing story of faith, unity, sacrifice, and LOVE>FEAR. 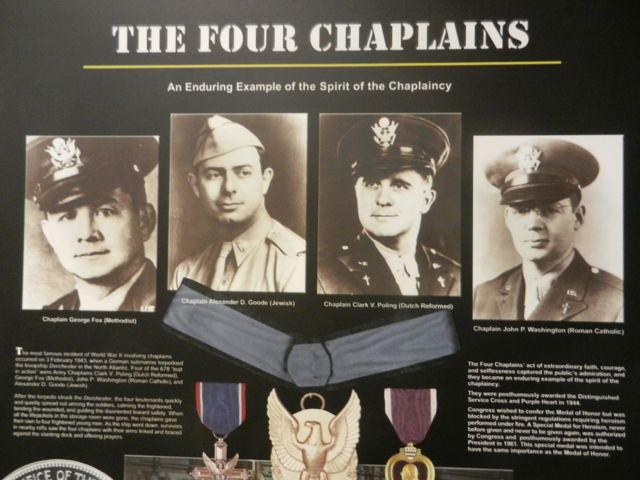 The museum exhibits are extremely well done and captivating. Attached to the museum is huge hangar filled with a variety of restored aircraft, some military vehicles, cars, and jet engines. I'm pretty sure the boys loved this part the best.

I highly recommend this visit if you are in the Gatlinburg, TN area for a visit. If you're a homeschooler, ask for the discount—it will save you a few dollars. (Bring some kind of homeschooling ID card.) I am so glad that my Uncle Max, a WWII pilot, was able to visit this museum before he passed away. What an amazing tribute to these men and women! 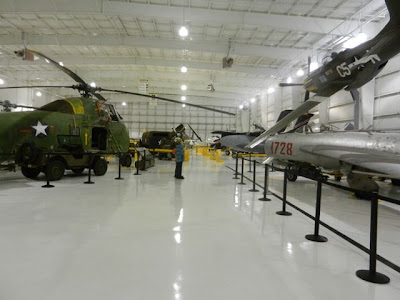 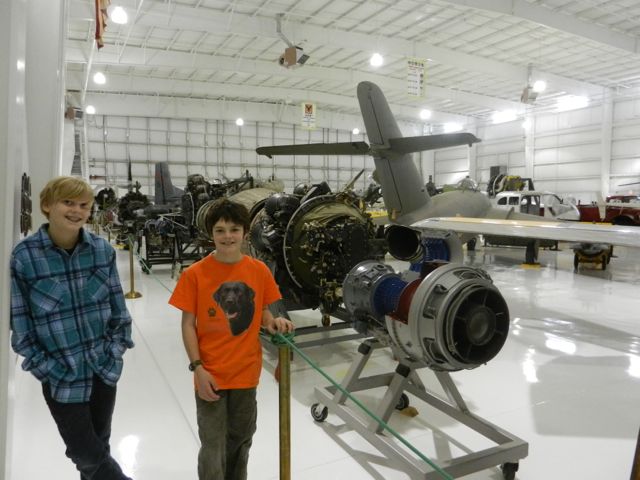