There's a certain poetry that happens by a river in a mountain on a hot Saturday in June.


There's something in the low murmur of voices, of conversations that leave you feeling contented, even though you aren't part of them and you can't really hear what's being said. 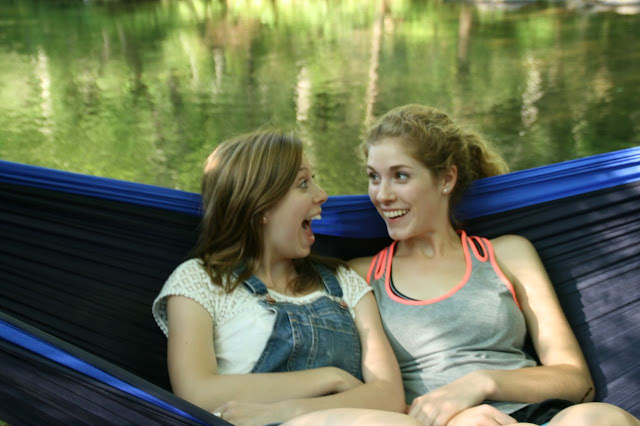 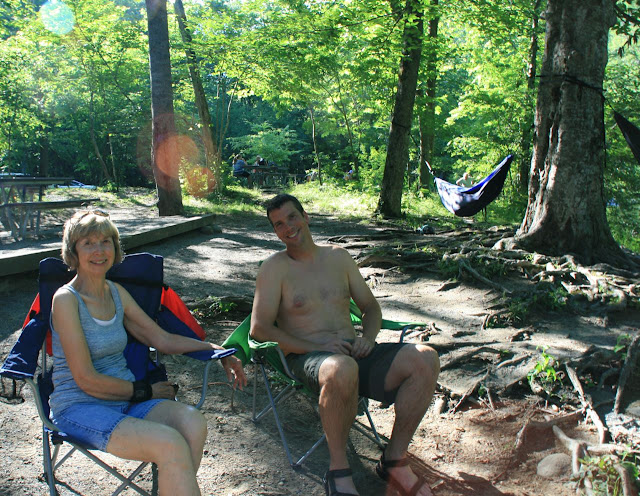 There's something in the stillness of the water, in how one tiny fish making one tiny jump can send ripples that radiate the width of the river. Practically. 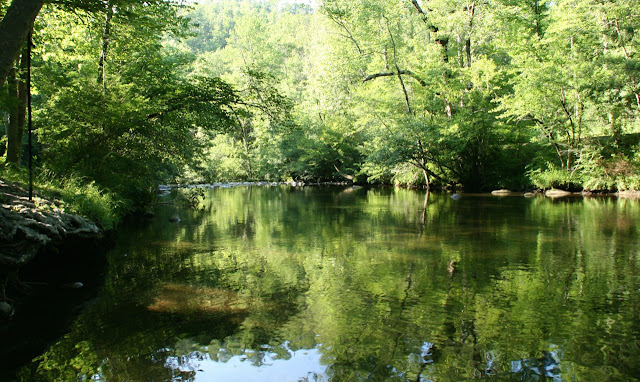 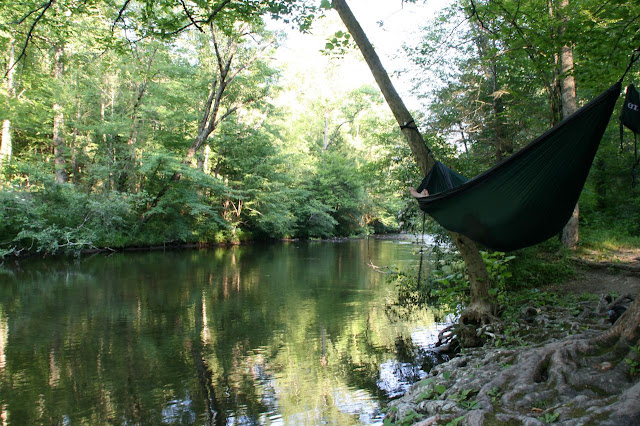 There's something in the glint of copper in your daughter's hair as the evening sun hits it in just the perfect spot, something about the way her smile makes your heart swell, and you know she's going to be OK. 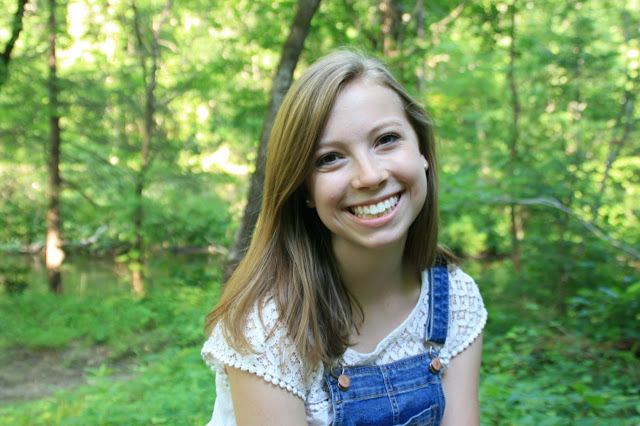 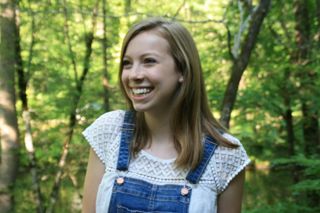 There's something in the memory of how you've done this dozens of times in this life, how you've gone from bags of towels, swimsuits, sunscreen, goggles, floaties, Goldfish, velcroed sandals, juice boxes, buckets and diggers, extra clothes to just a bucket of fried chicken, a few chairs, a couple of hammocks, and the quiet poetry of voices, river, birds.

Linked up with Wordless Wednesday and Outdoor Wednesday
Posted by Sarah @ Sarah at SmallWorld at 8:47 AM 2 comments:

Summer's in full swing, but we're not having many lazy days of summer. I've finally finished grading research papers and journals for my literature class students, but this is going to be one of those years that school goes on and on for Duncan. When he's not off on one of his camps, he and his friend will be doing algebra 2 with a tutor three times each week. They were both doing an online class that just didn't work out. They got through one semester of it, but we decided they just weren't really grasping math in this way and needed more real-person time. Their former math teacher (BLESS HER!) volunteered to tutor them, even agreeing to work around all of their camps and vacations. Phew.

Duncan's first camp wasn't really a camp: he spent a solid week, full days, at Drive 4 Life Academy, learning the ropes of driving. At the end of the week, he had 30 hours of classroom time and his permit! 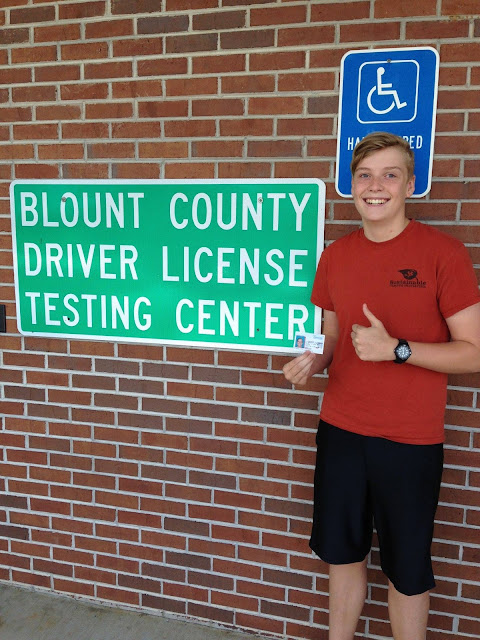 He still has six months until he can get his license, so he'll get plenty of practice time in. I guess I won't be needing our minivan too much longer. It's hard to believe the days of driving around a vanload of kids are coming to an end.

Duncan's next adventure was a week at Summit Bechtel Scout Boy Scout Reserve in West Virginia with his Boy Scout troop. And as Scoutmaster, this was Randy's grand summer adventure, too. They had an adventure-packed week, including rock climbing, whitewater rafting, zip-lining, ropes course, shooting, archery, mountain biking, BMX biking, and skateboarding. The boys (and dads) all had an incredible time, although one boy did break his arm and another got a concussion, 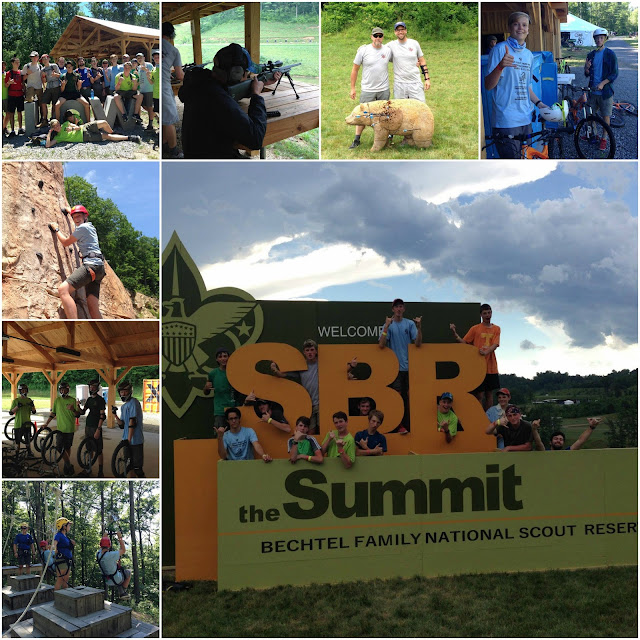 Duncan now has the Triple Crown  (Philmont, Sea Base, and Summit) and Randy has the Grand Slam (those three plus Northern Tier) of Boy Scout National High Adventure. Boy Scouting really has been such an incredible opportunity in the lives of Randy and both of our boys. Experiences like this are truly life shaping!

Duncan's been home this past week, catching up on lawn mowing and algebra 2. He heads to church camp for a week on Monday and then almost immediately to Boy Scout camp when he returns.

Laurel's been working very full days so far this month. She's a nanny/driver for a family, taking the kids to various lessons and activities. Her days have been long (7 a.m.-6 p.m.) but she's making good money for her upcoming semester abroad. She's actually off for the next couple of weeks, so I look forward to spending some time with her. She only has 10 weeks left before she heads to Vienna for the fall, and I know the time will go fast. She's also preparing to help teach a psychology seminar in July for a group of high schoolers—something that will not only be fun but will look great on her resumé.

And that's about all that's been going on around here. I'm enjoying the birds and the flowerbeds, doing some projects around the house, enjoying morning walks with friends and sometimes special evenings like swimming under a full moon. 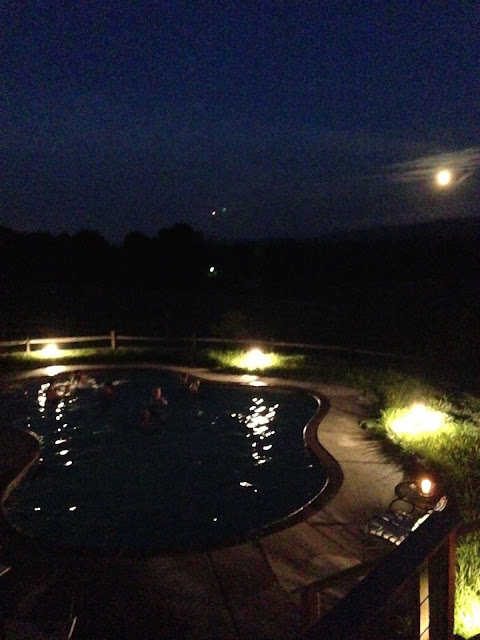 Hope you're having a lovely summer too. 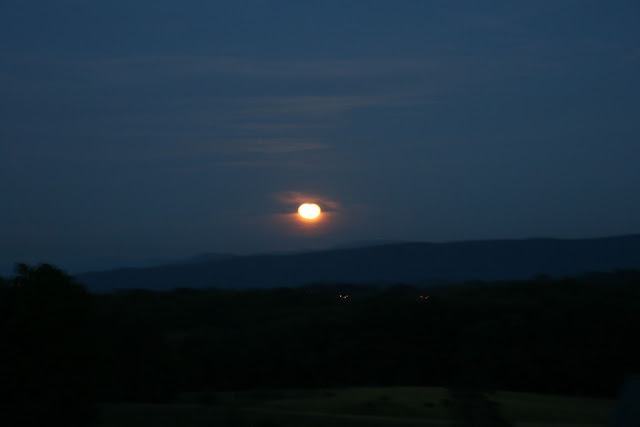 Linked up with the Weekly Wrap-Up
Posted by Sarah @ Sarah at SmallWorld at 2:49 PM 3 comments:

One of my hometown friends from upstate NY came to visit this past weekend, and I loved taking her around to see the Smokies. We took the required drive around Cades Cove one day—I mean, you pretty much have to take first-timers to drive the loop because, even if I've done it dozens of times, it's still breathtaking.


The next day of her visit, we all hiked Andrews Bald. It was an absolutely perfect day for it—hundreds of other people also thought it would be a great day to visit Clingman's Dome! Fortunately, 99% of them hiked up to the tower and not to Andrews Bald. 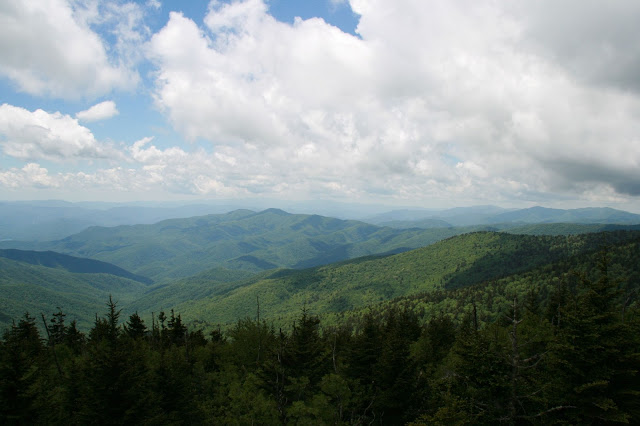 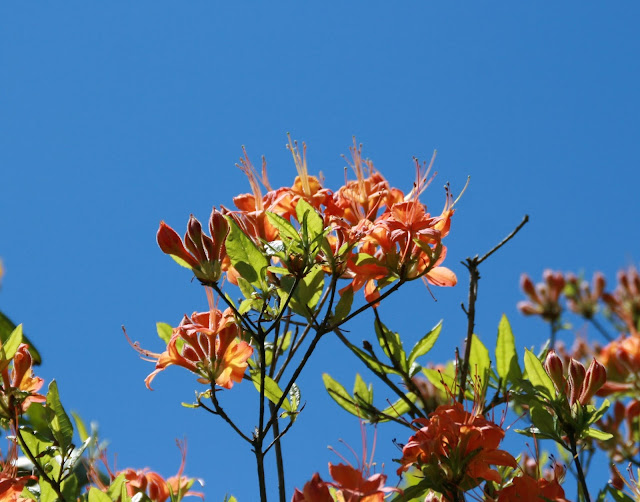 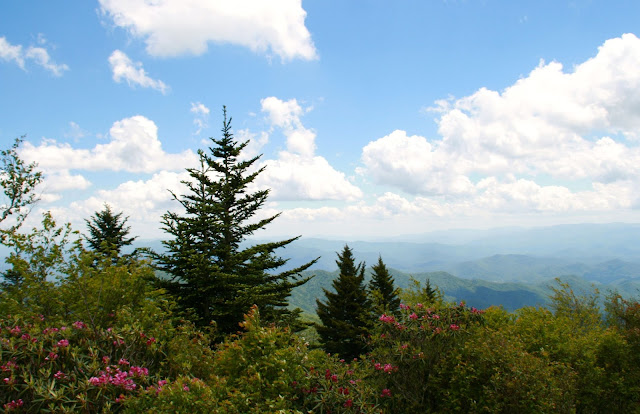 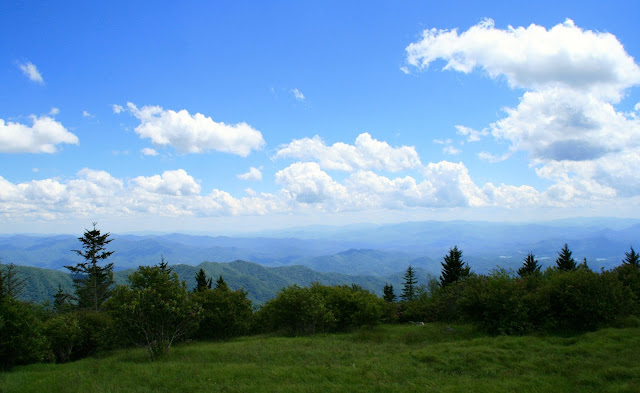 I am looking forward to many more hikes this summer! I'd like to get the vast majority of the Smokies Centennial Challenge finished by October. I'm at 39.6 miles now!

Posted by Sarah @ Sarah at SmallWorld at 2:45 PM No comments: