I only six blogged times in September. Six times—that is probably a new low for me. I can't say why, other than that I was overwhelmed with busyness. I don't like being overwhelmed, nor do I like being so busy that I don't have time to see the beautiful things all around me.

One of my favorite semi-regular posts is "Three Beautiful Things." I wrote one a week or so ago, called Baby, Cool, and Tradition. These are simple posts, snippets of the beautiful things in my life. These are the things I want to take time for every single day.

For the next 31 days, inspired by The Nester, my goal is to capture a few beautiful things each day—to breathe in and focus on the simple and the profound, the quiet and the obvious, the things I almost missed. October is perhaps my favorite month, the month of cooling down and crisping, of colors and bonfires, pumpkins and soup. There is no shortage of beautiful things in October.

Maybe you'll want to join in, jotting down three beautiful things in your life every day this month, whether on your own blog, in the comments, or with actual pen and paper. Maybe you'll want to go into all-out 31 Day writing mode with hundreds of others on The Nester. Whatever you do, don't forget to deliberately notice something beautiful every single day this month. It could become a habit.

And I'll end this first post with a quote by Nathaniel Hawthorne, with whom I've just spent four weeks teaching The Scarlet Letter:

"There is no season when such pleasant and sunny spots may be lighted on, and produce so pleasant an effect on the feelings, as now in October." 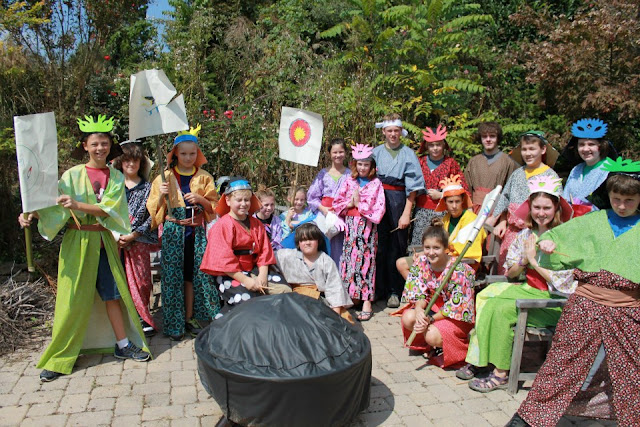 
Linked up with the Weekly Wrap-Up at Weird, Unsocialized Homeschoolers
Posted by Sarah @ Sarah at SmallWorld at 2:11 PM 5 comments: 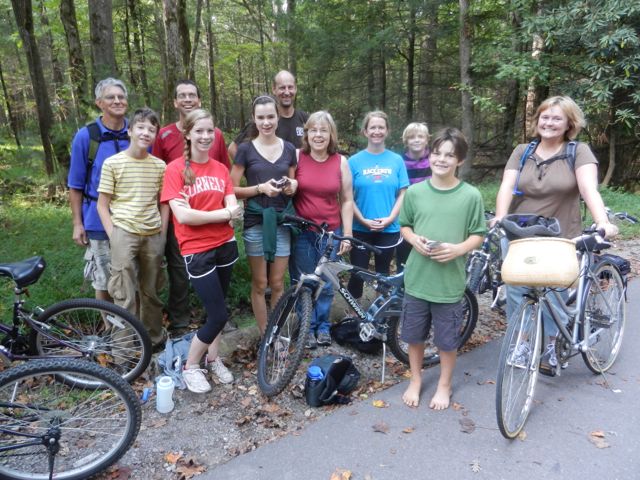 Since we've done this two years running, I think we can officially call it an annual event. 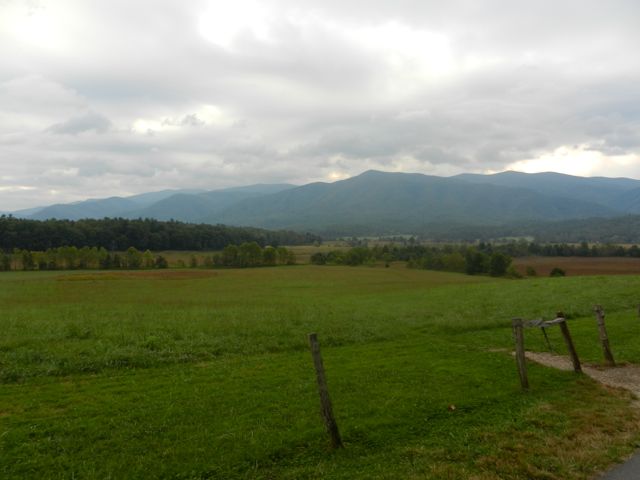 Every Wednesday and Saturday mornings from May through September, the 11-mile loop is closed to car traffic until 10. We like to stay at the campground when we bike the loop so that we can get out nice and early. We booked our sites back in July. We managed to get 4 sites right next to each other so that some of our friends could come, too. 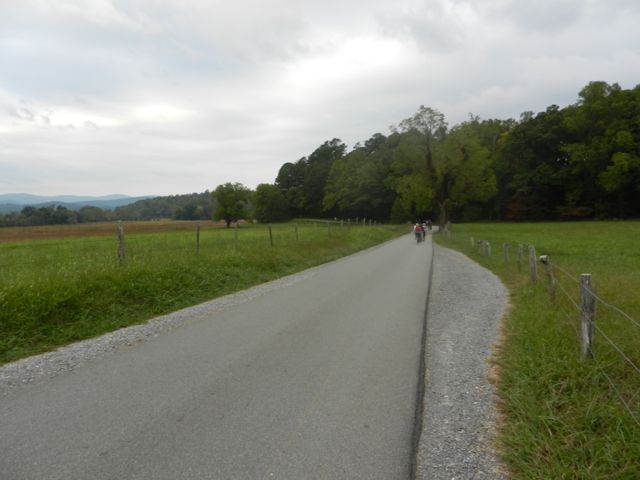 The weather was absolutely perfect. Last year we rode the loop in July. September was a much better choice! 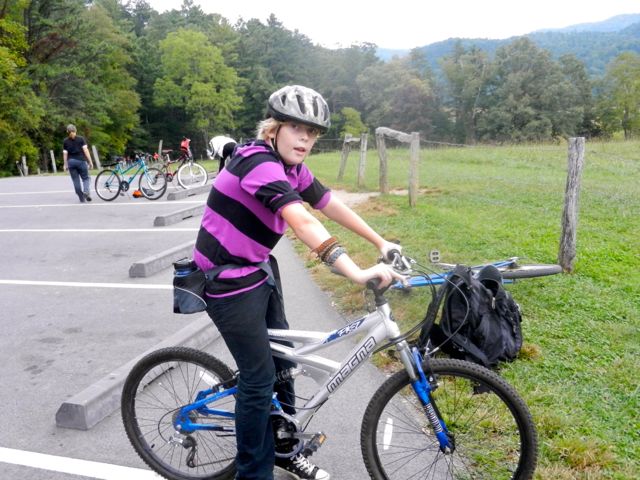 We were all in better shape this year. The loop might seem relatively flat when you drive it, but there are some seriously steep hills. I think all but 3 of us ended up walking our bikes up a few of the hills. Annoyingly, there was a group of runners passing us on the loop. Seriously—what is up with those guys and their thin, ropy bodies, daring to just ease pass us bikers as if we had square wheels? Sheesh.

We had plenty of stops for water and snacks and taking in the gorgeous views. We finished just as the first cars were finishing the loop. 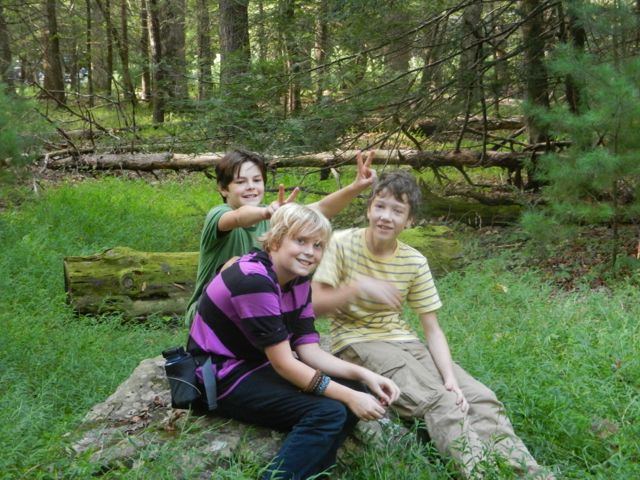 My days have been packed so full lately that I can scarcely remember where I'm going or what I'm supposed to do. This was exactly what I needed to clear my brain and restore some peace in my too busy days.

Posted by Sarah @ Sarah at SmallWorld at 8:00 AM No comments: 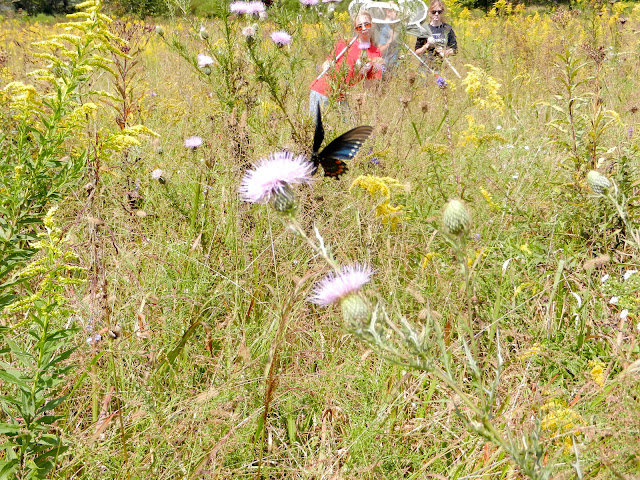 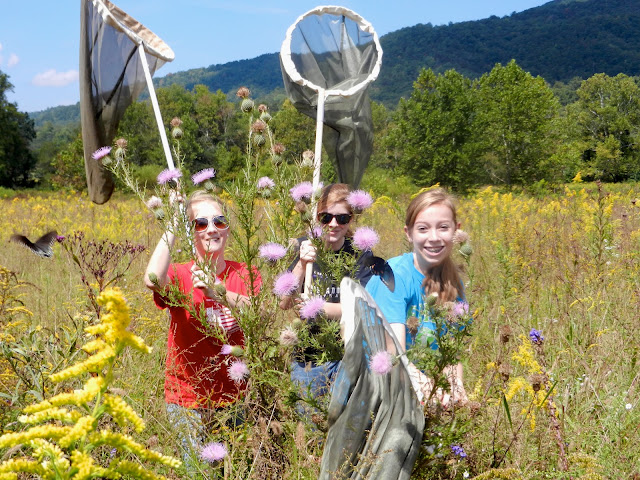 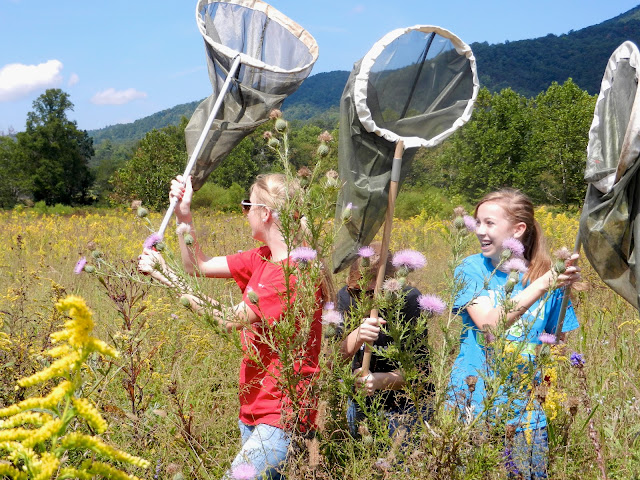 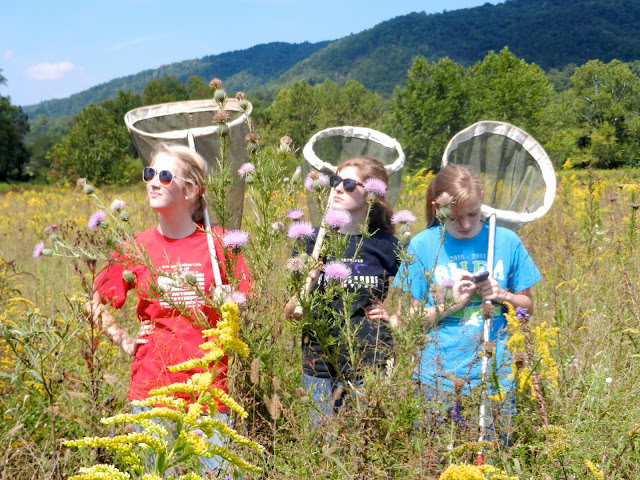 {They missed. More on our monarch tagging experience coming up!}

Linked up with Outdoor Wednesday, Wordless Wednesday, and Seven Clown Circus
Posted by Sarah @ Sarah at SmallWorld at 7:56 AM No comments: 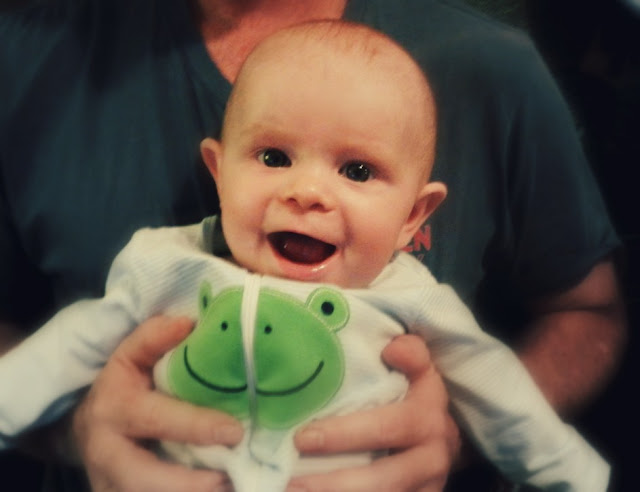