Last weekend kicked off our 25th anniversary celebration. For my birthday in February, Randy completely surprised me with tickets to see Billy Joel in concert in Nashville. He conveniently combined that with our traditional anniversary cabin get-away weekend. We usually go nearby to the Smokies, but we needed to be close to Nashville for our concert so he settled on Cedars of Lebanon State Park, about 30 minutes east of Nashville.

{First of all, the Billy Joel concert was amazing. I mean, what can you really say about having your whole life come together, childhood to adulthood, in a two-hour show? Hearing him sing "Scenes from an Italian Restaurant" and "Always a Woman" and "Anthony's Song" and so many more. It was incredible.}

Our cabin at the state park was very nice—clean with lots of windows and everything we needed except hand soap.

But this post is really about a walk in the woods. It's a meandering trail, flat as Iowa. We're used to hiking in the Smokies, so this easy pace was a welcome change. 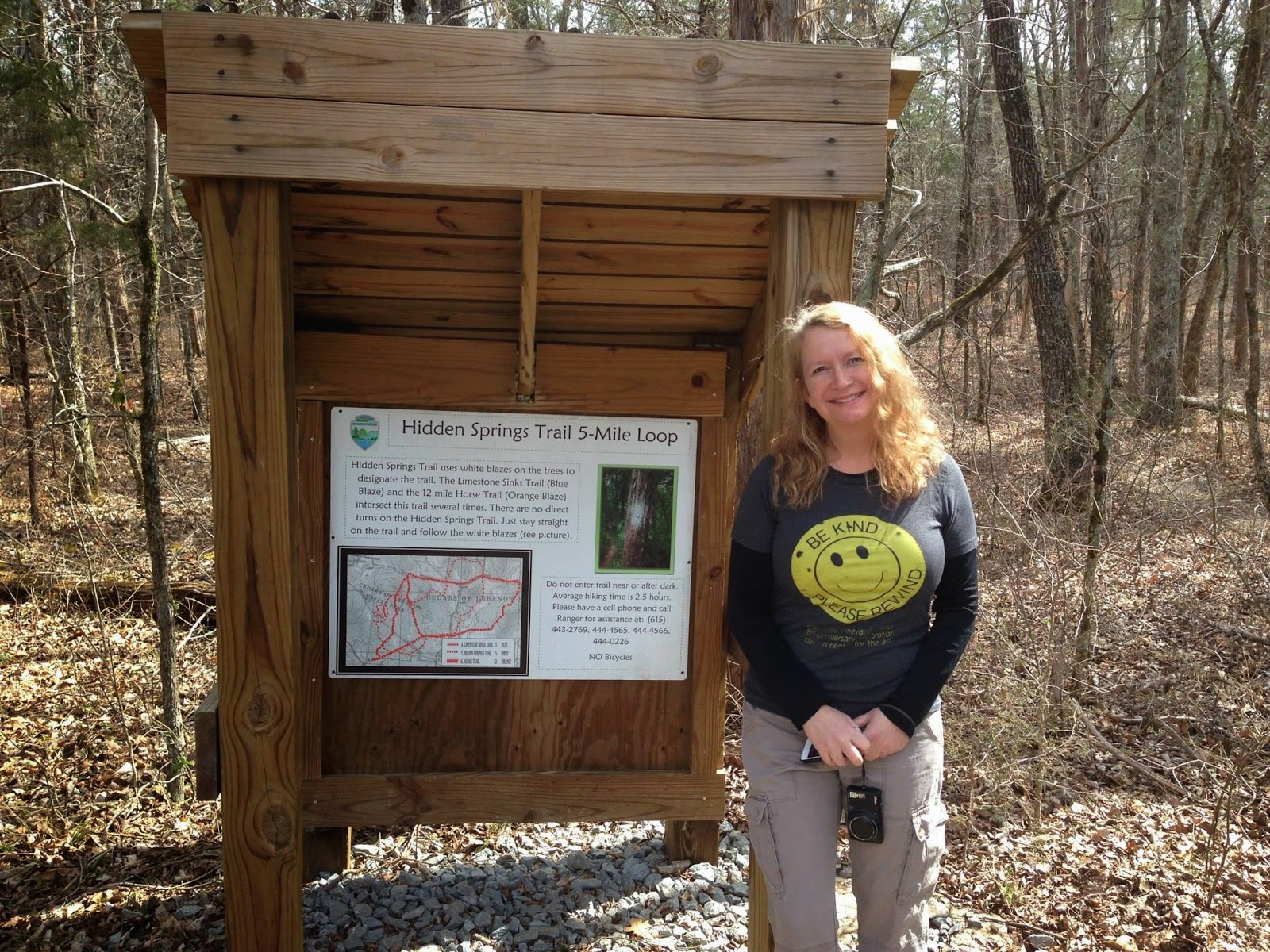 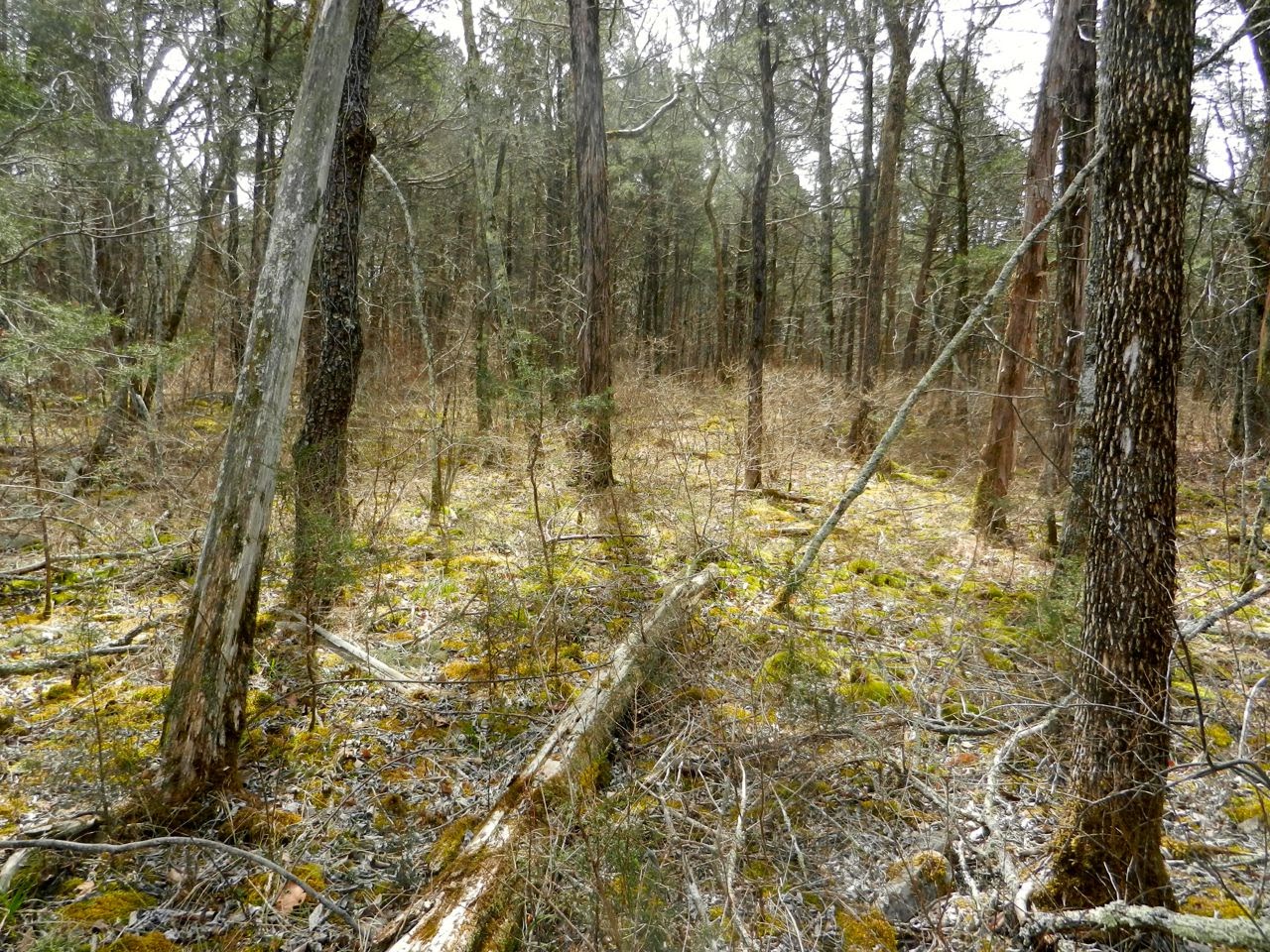 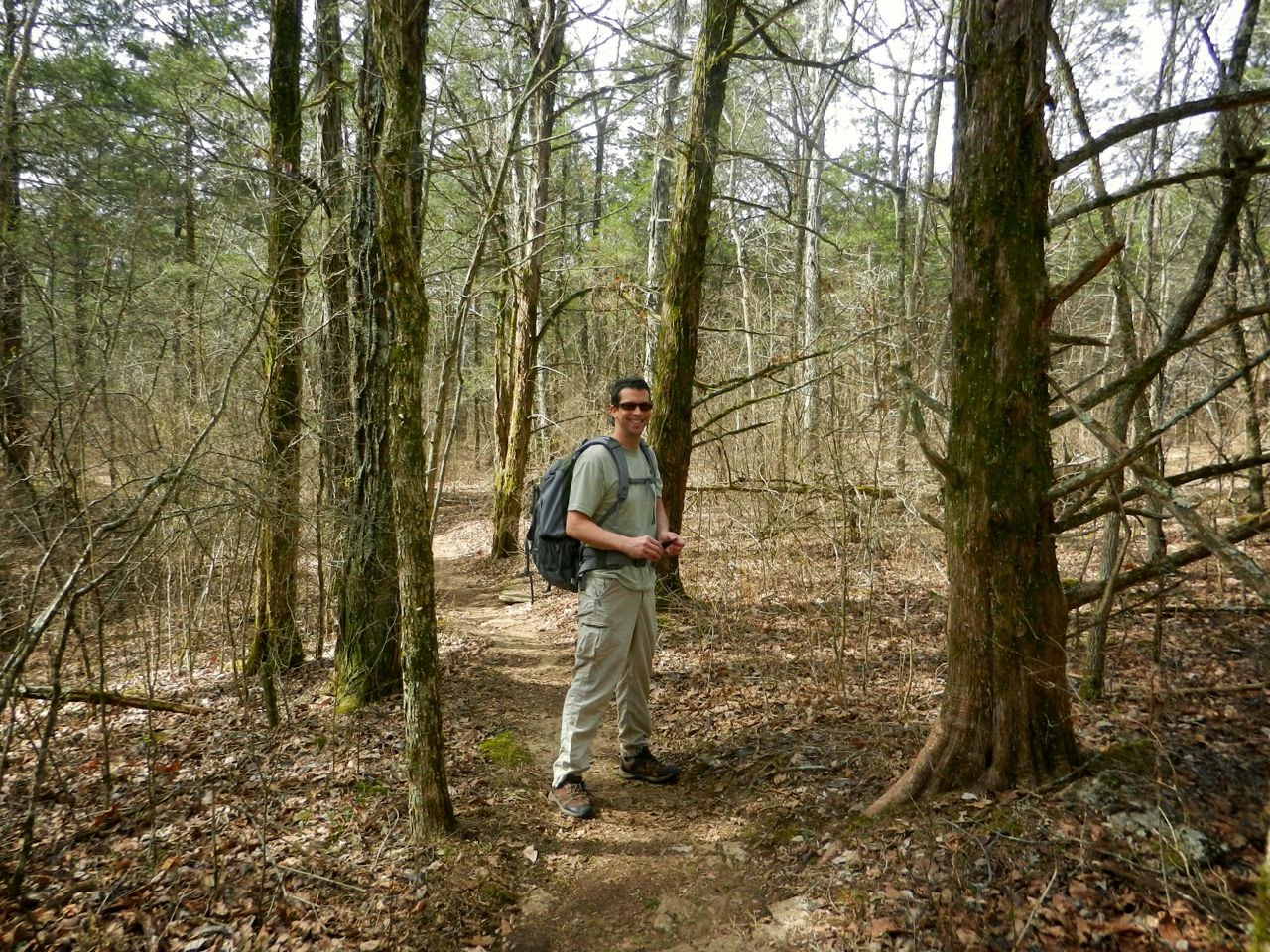 Cedars of Lebanon is known for its cedar glades, a unique type of ecosystem that has adapted to the soil layers that are perfect for red cedars but too thin to support most large trees. 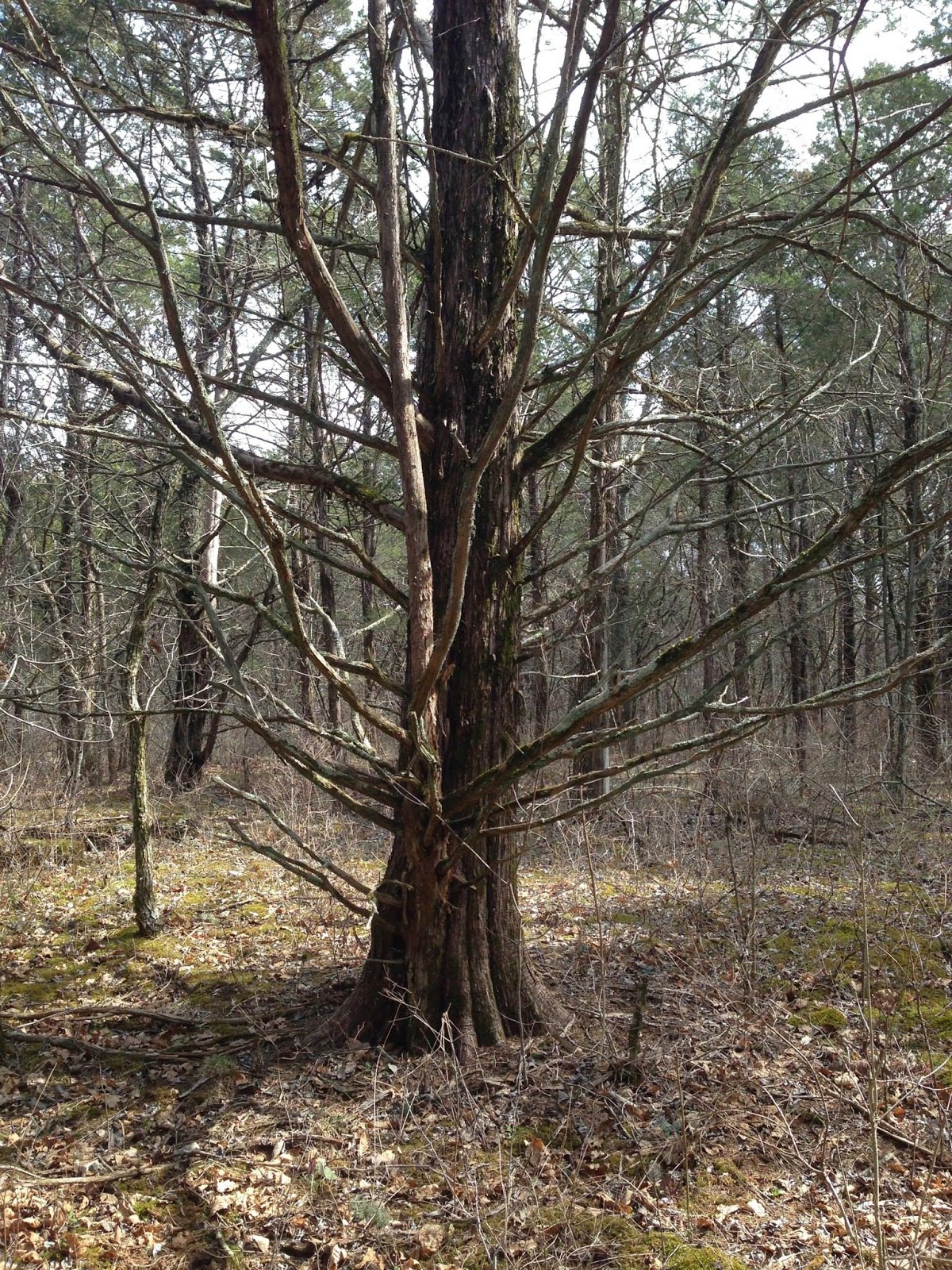 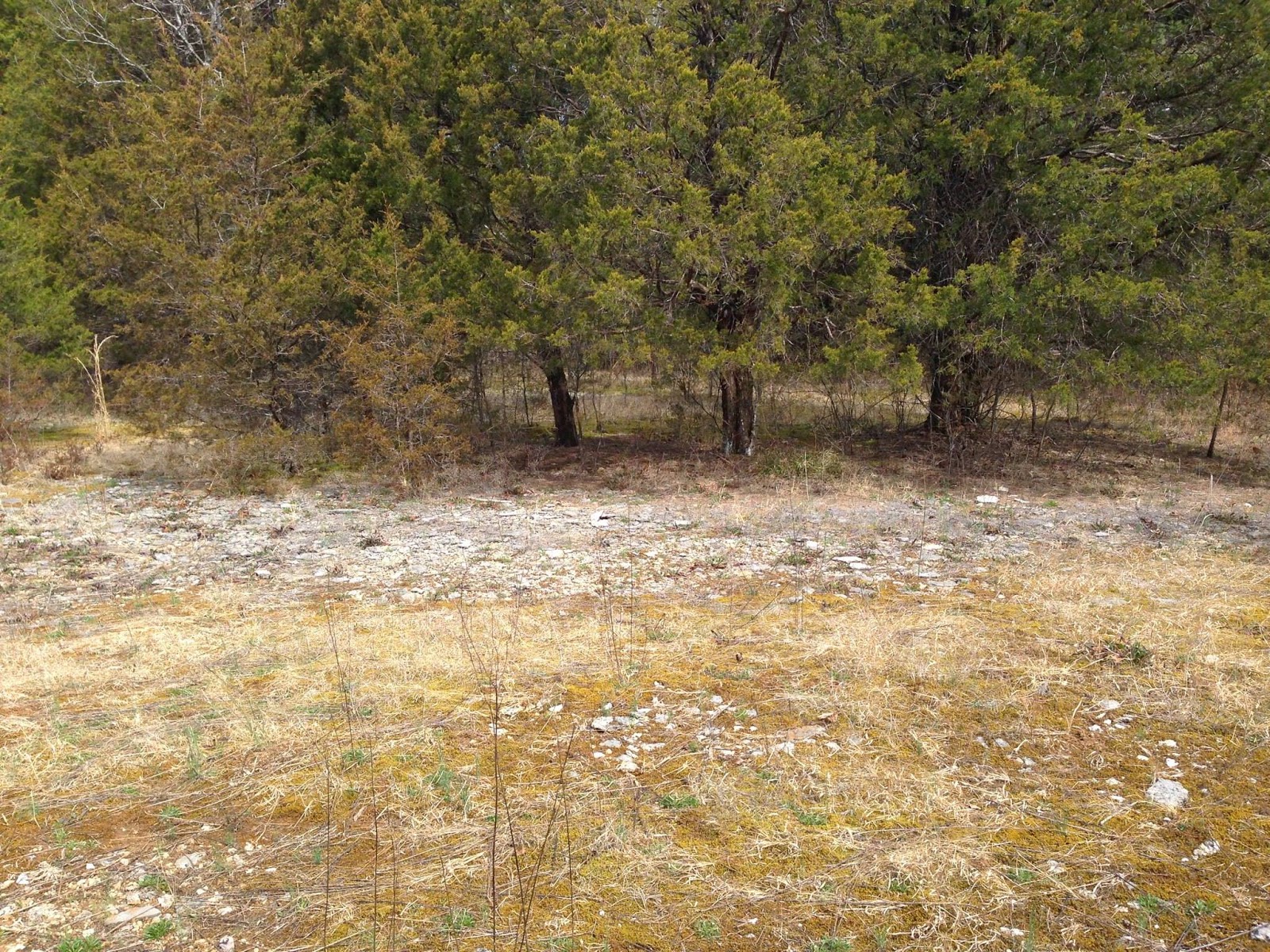 We spent lots of time just checking out the amazing limestone bedrock and sinkholes that characterize the park. We were really wishing we had our kids with us, especially Duncan, when we saw all these amazing cave-like sinkholes. He would have had to explore every single one of them! 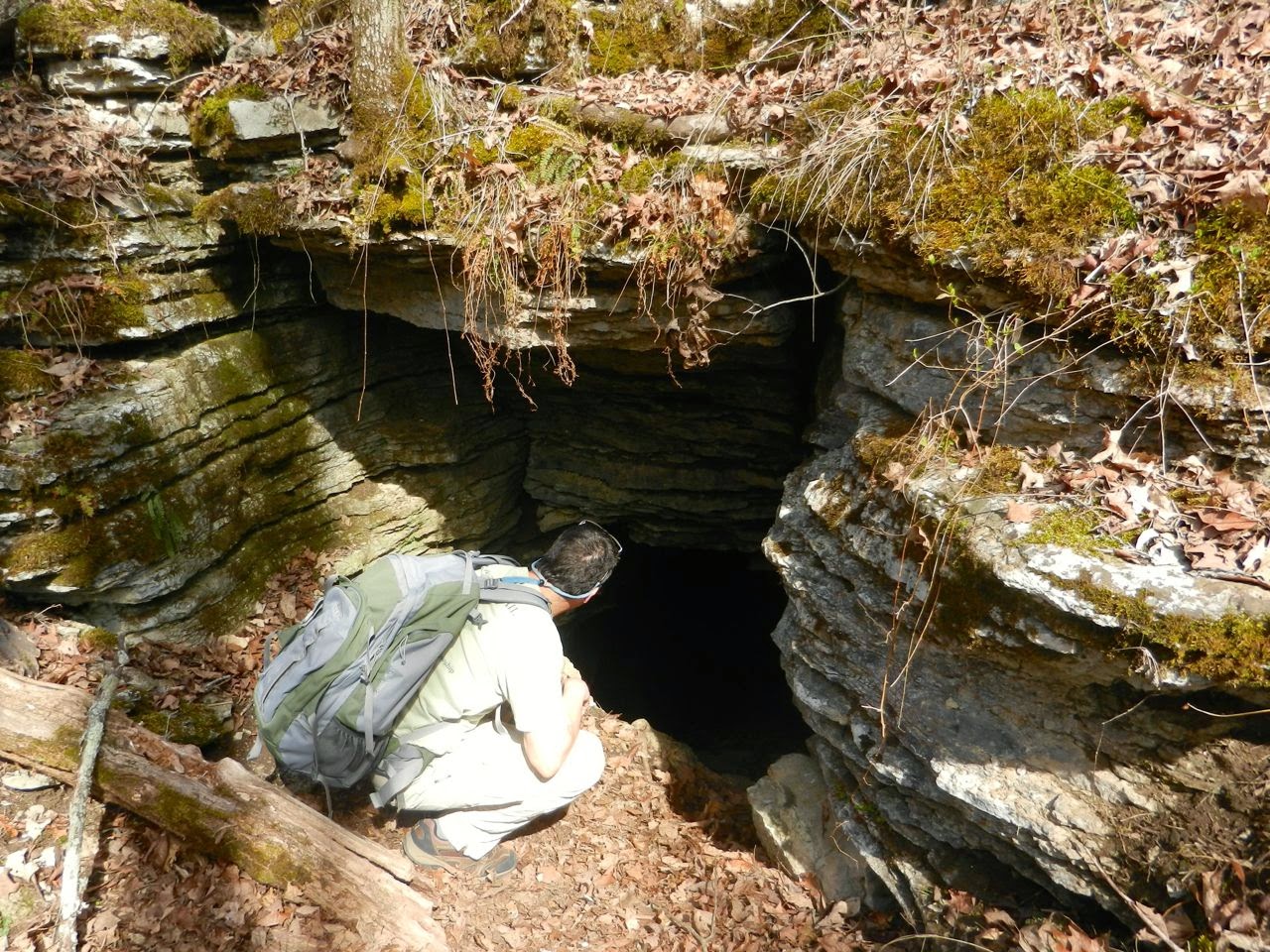 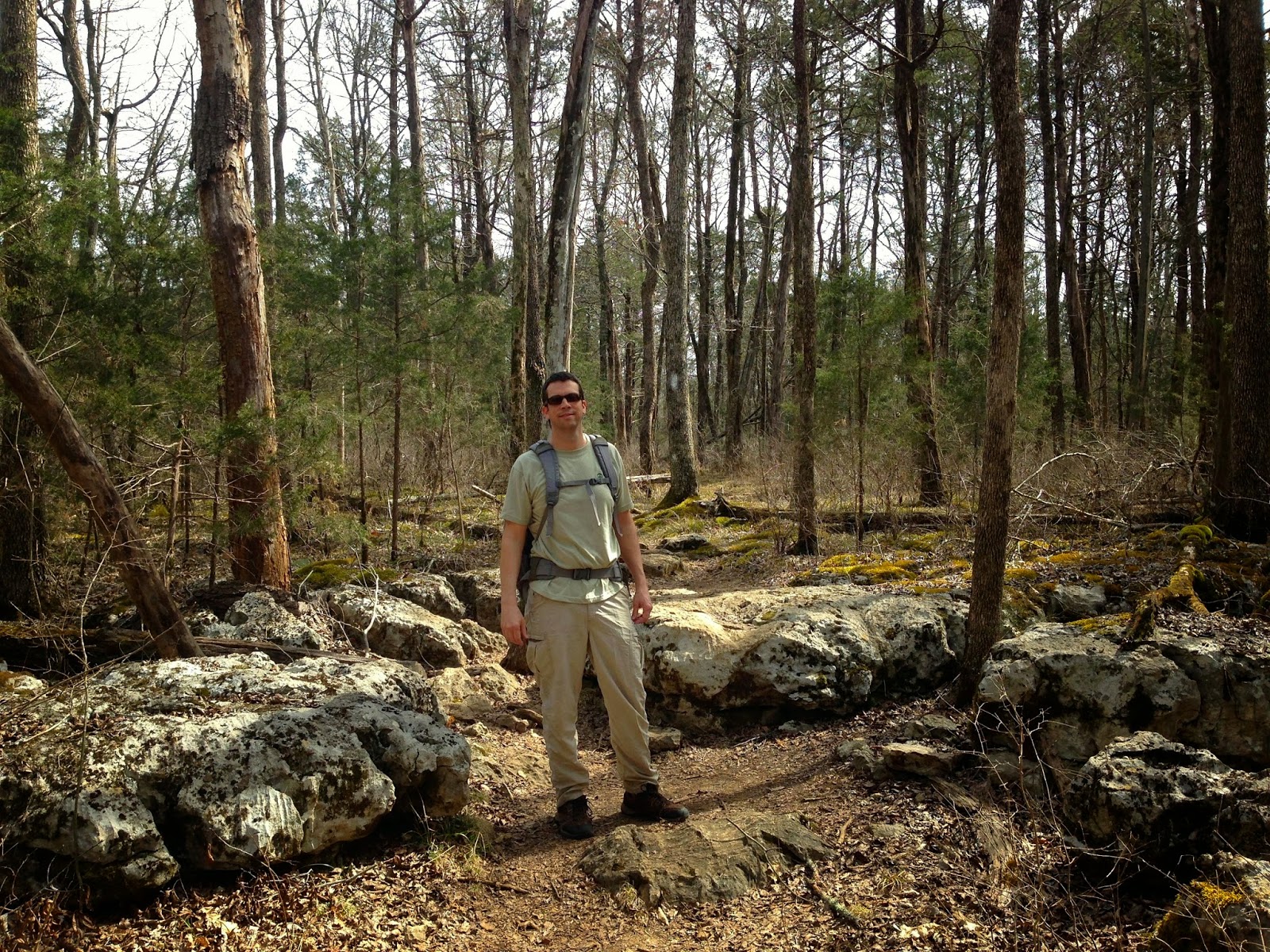 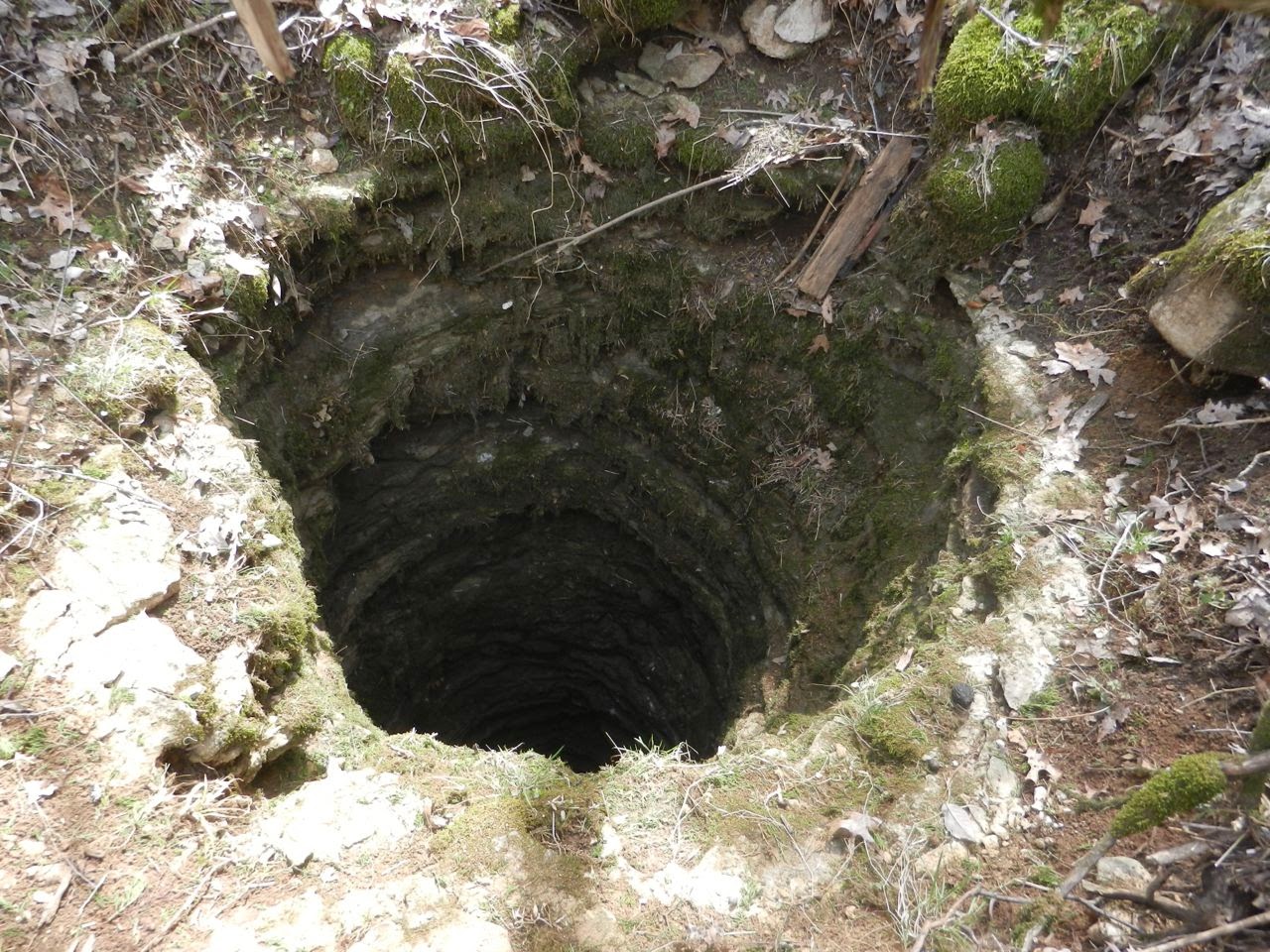 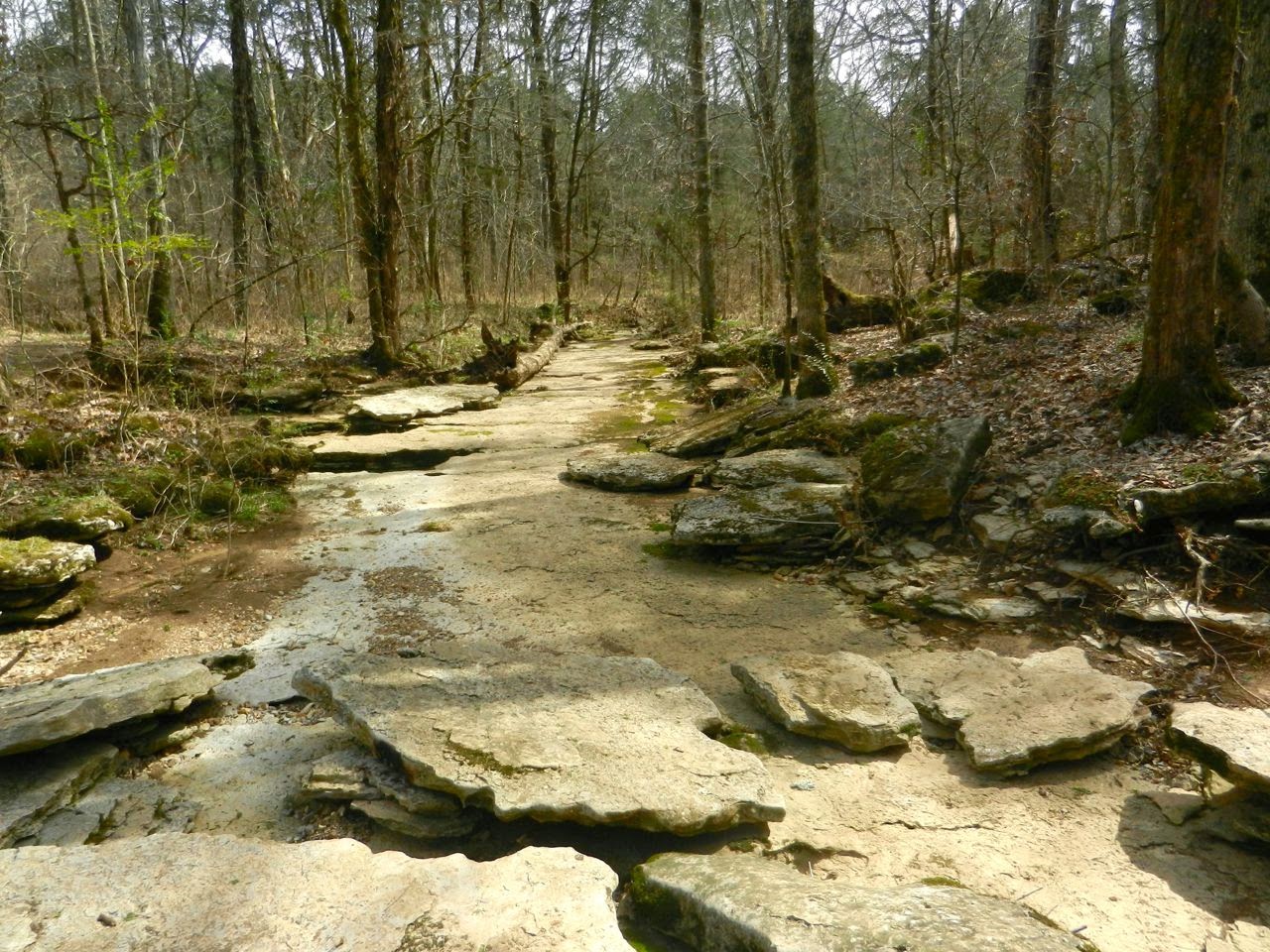 It was a little too early for most wildflowers, but Randy-the-botanist always finds some plant life that delights him.


It was a perfect day. We are diehard Smokies hikers, but we love exploring different terrains too. Middle Tennessee has some fantastic places to go, including Cummins Falls State Park and Stones River National Battlefield. We are definitely adding Cummins Falls to our list of yearly hikes! 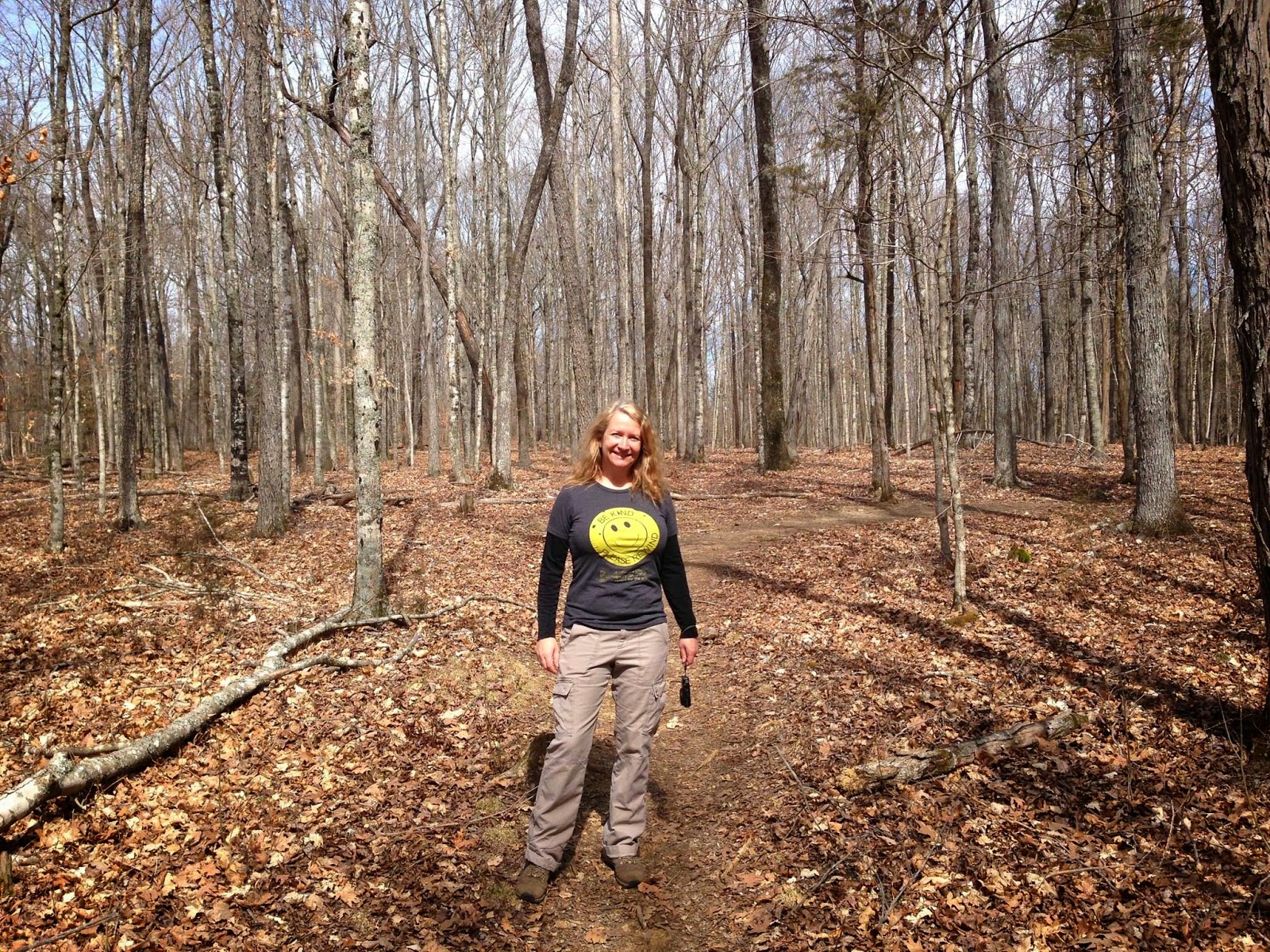 Linked up with Outdoor Wednesday and Wordless Wednesday
Posted by Sarah @ Sarah at SmallWorld at 9:25 AM 2 comments:

Mid-March: we're heading into the final stretch of the school year now. As usual, I haven't accomplished all thing things I imagined, especially doing art every Friday. We've done it three times. Three.

And it's Friday again, and art is not on my agenda.

But I do feel that one big goal is being met. Duncan has adapted well to working more independently this year—his eighth grade year. I've noticed a big change even since December. My goal for my kids is that they are doing all their work with minimal input from us by their sophomore years. It's worked well for our older two, but Duncan has seemed to need me more to sit beside him while he does his work. I feel encouraged now that he'll meet that goal, as well.

I've also noticed an improvement in his French this past month. He really struggled with pronunciation up until now, but suddenly he is really getting it. His teacher at our co-op is French, and I always imagine him shuddering at the butchering of his language. I'm hoping he'll suffer a little less now as the kids figure it out.

I'm teaching German to a small group of high schoolers, and it has been fun to revisit both French and German. It's a bit confusing sometimes to work with Duncan on his French and then prepare my lessons in German. Surprisingly, I have found that I remember French (3 years in high school) better than German (junior year in Germany plus 2 years in college). I think I slept through my 8 a.m. German class in college, and while I learned to speak fairly well while in Germany, I didn't learn proper grammar, conjugating, etc. Kind of like Rosetta Stone German—enough to get by, but not necessarily all there.

Duncan got Star rank in Boy Scouts. He only has one rank left to go before he can start working on his Eagle Scout project! 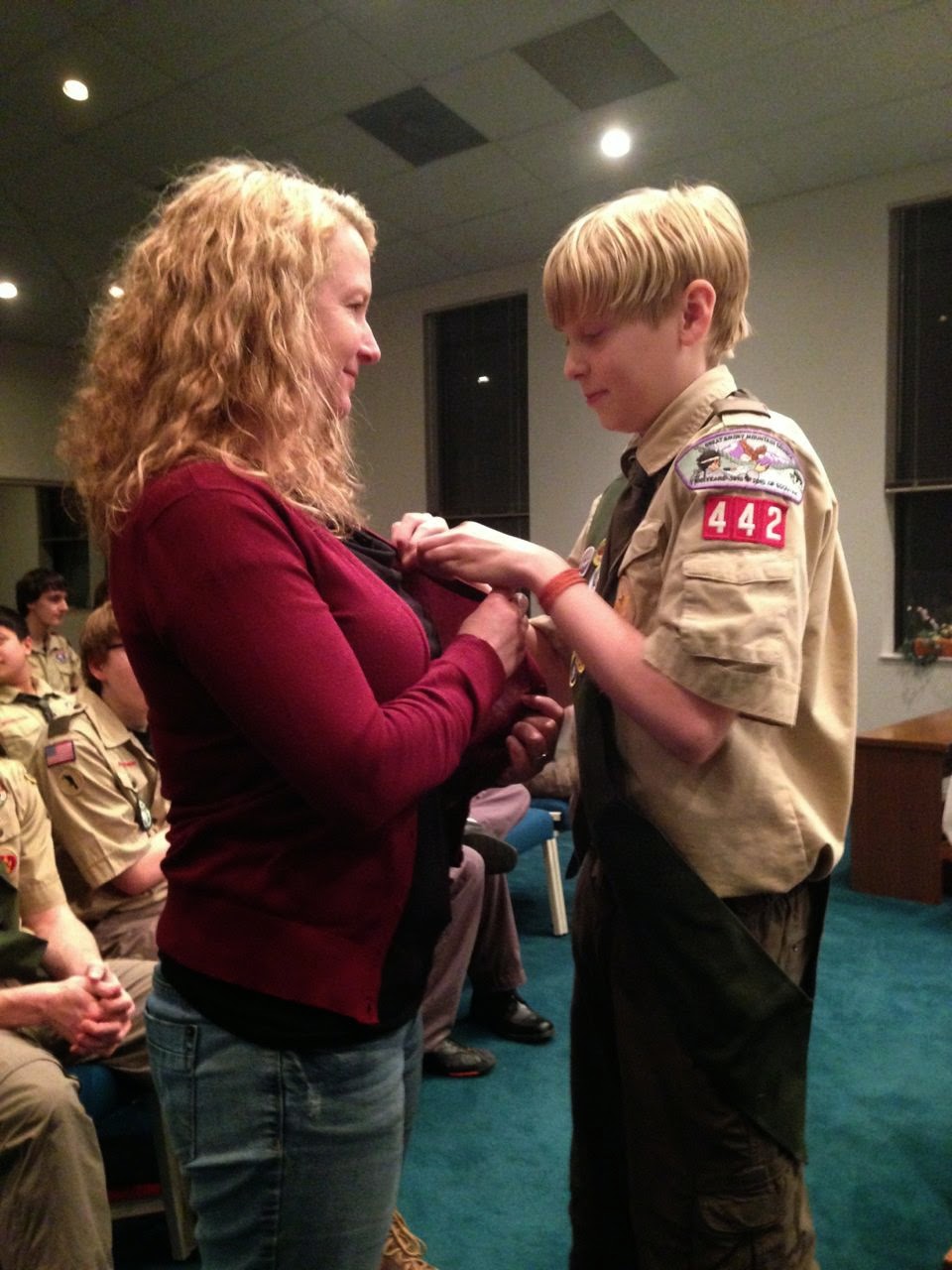 In my World Lit/geography class, one group did a presentation on Africa. We had fun doing tribal face painting as part of it.


My brother came to visit, which means that my precious nephew Kollman came to visit. Everything pretty much stops around here when Kollman comes to visit. Is there really anything more important? 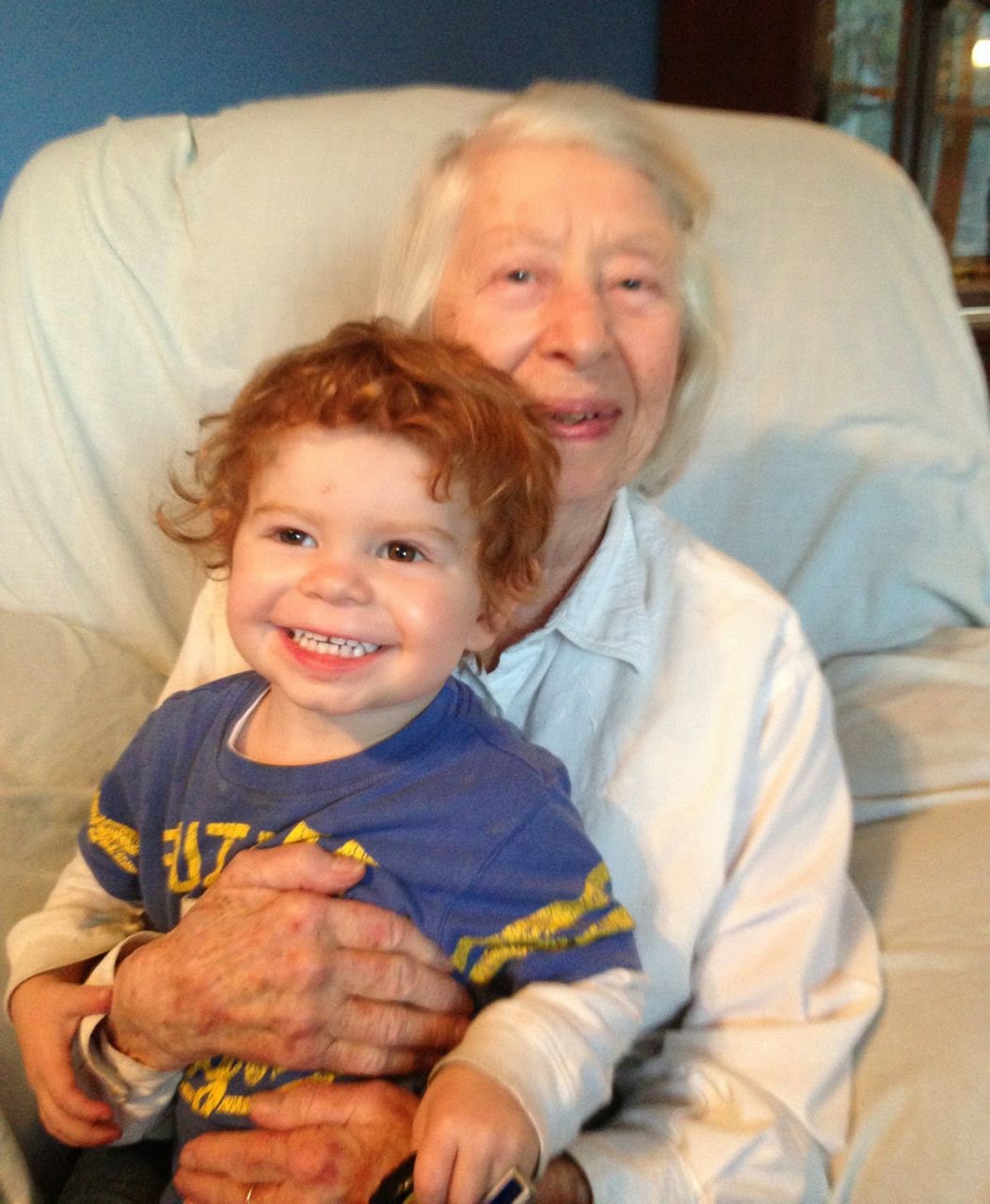 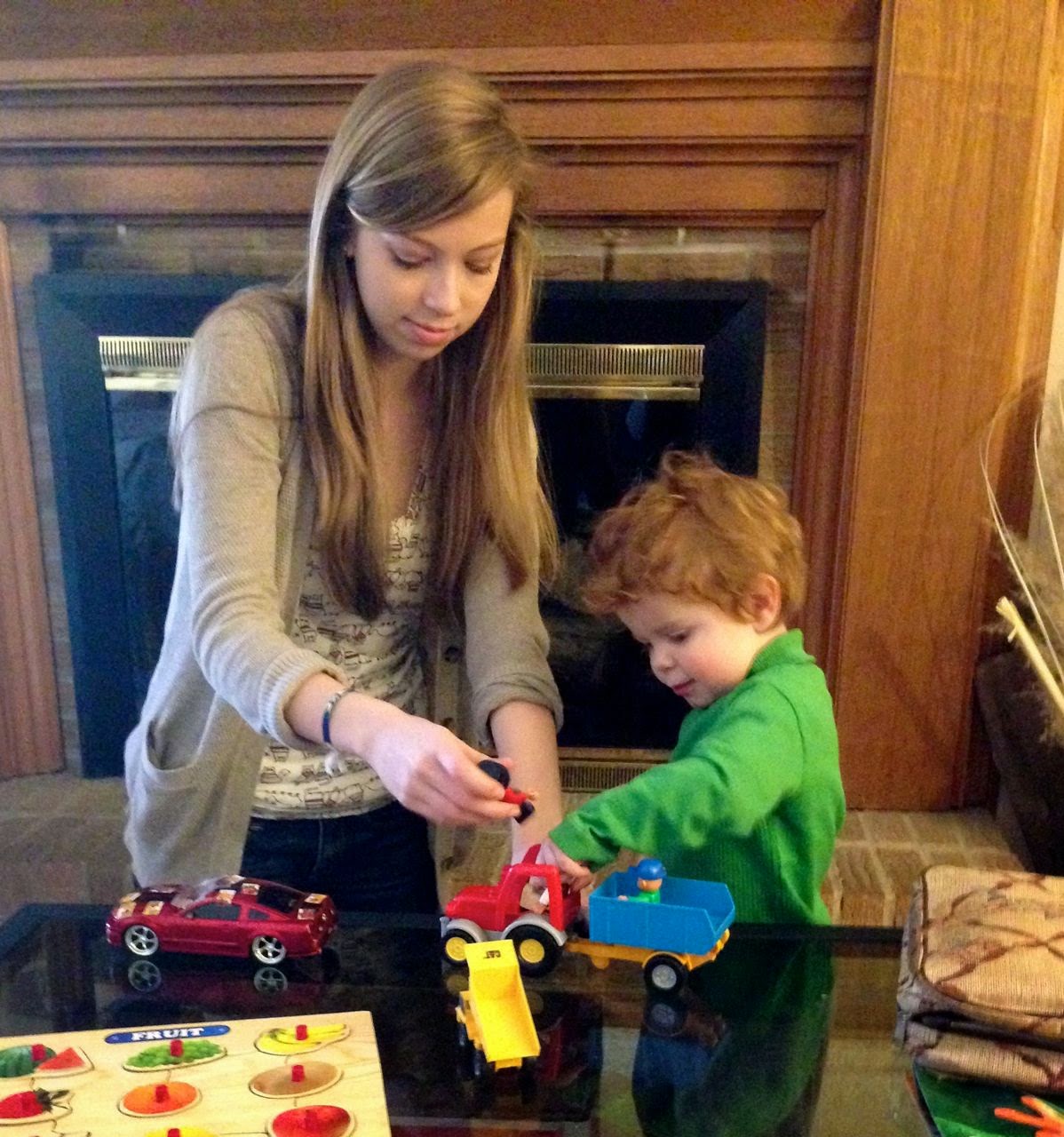 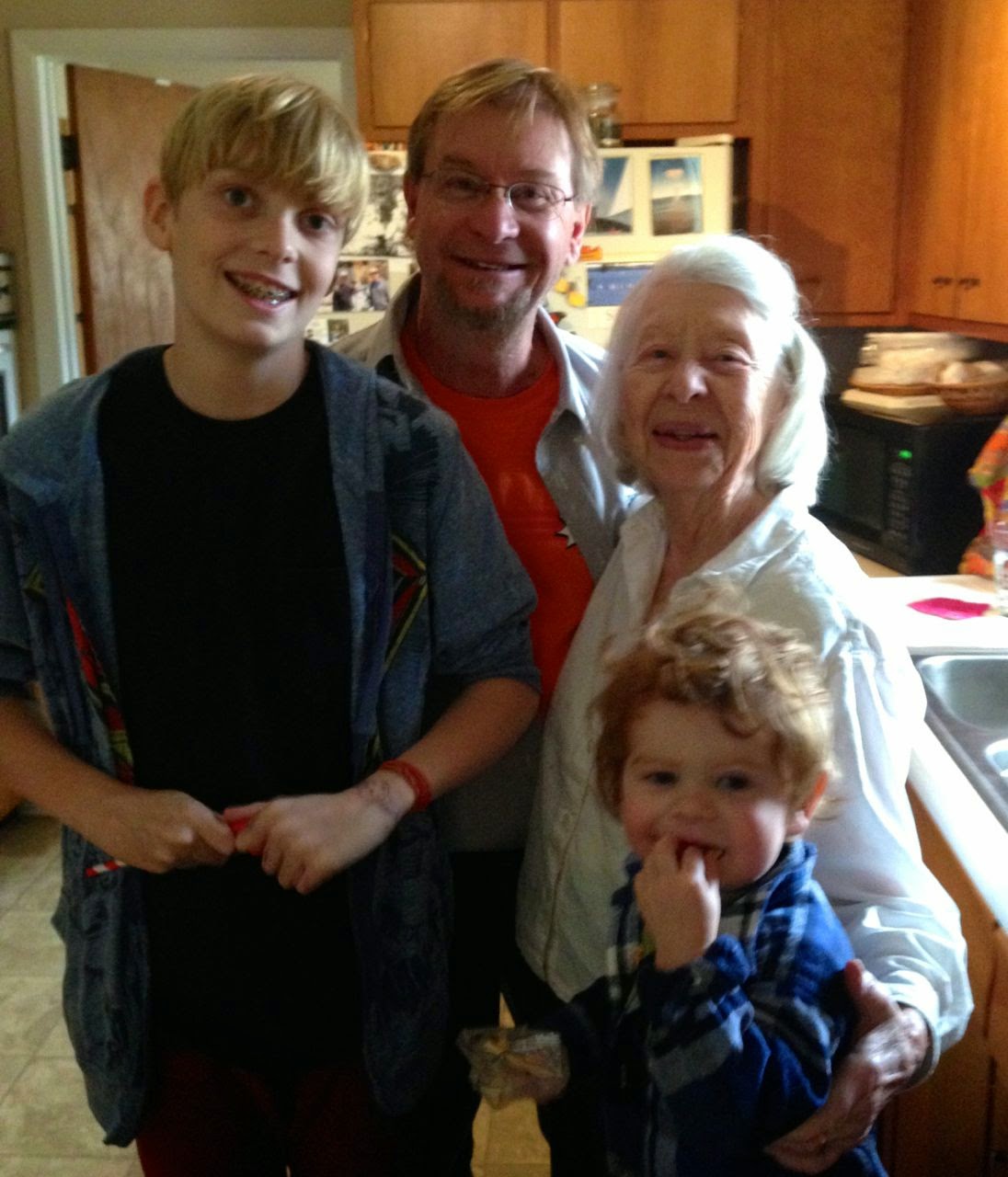 While my hometown in upstate New York is under feet of snow, my yard is absolutely full of daffodils. I love Tennessee. Everyone is complaining about the little snap of cold we had this week, but heck. I just see these: 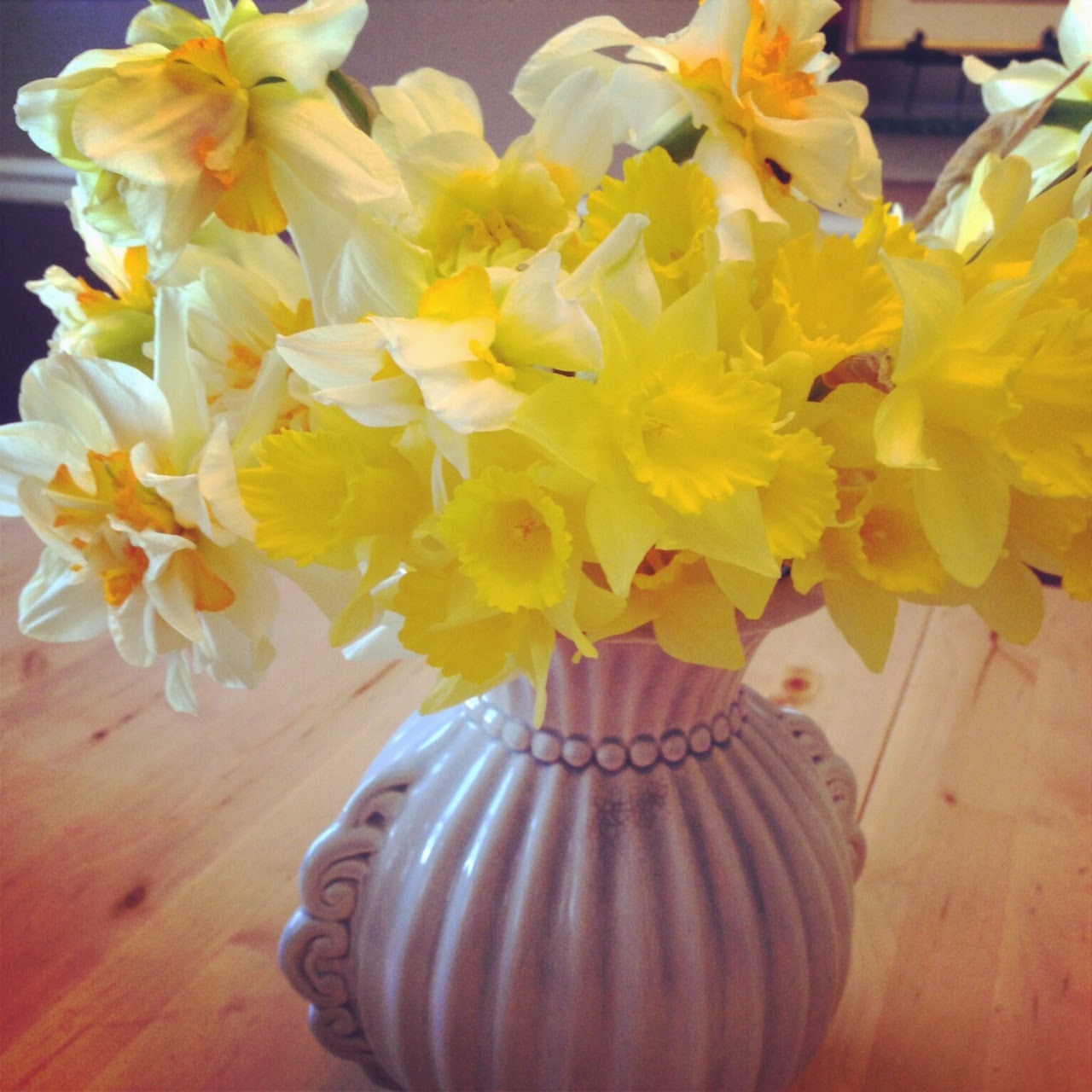 And tonight? Well, if I had a bucket list, I'd check a big one off tonight. Here's where Randy and I will be. 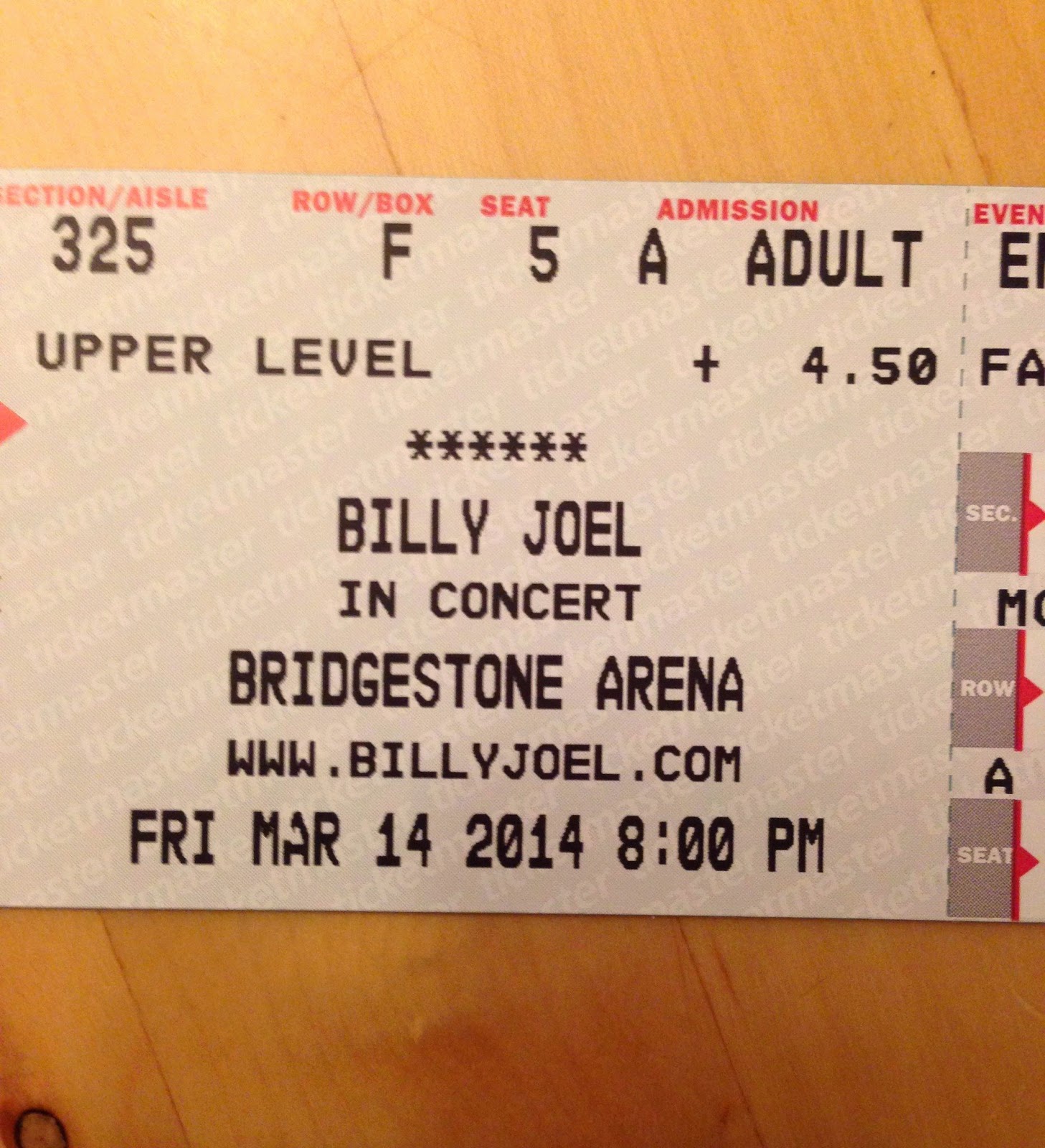 Next week: spring break! We were hoping to go to Florida, but that didn't work out. So instead I'm hoping for nice weather for some hiking and a chance to do serious spring cleaning.


Linked up with the Weekly Wrap-up
Posted by Sarah @ Sarah at SmallWorld at 9:00 AM 3 comments: