In the Smokies: Midnight Hole My friends and I made a pact to be deliberate this summer about getting outside and having adventures, especially hiking in the Smokies. We were particularly proud of ourselves this past week as we made the trek nearly two hours away to Midnight Hole, which is right inside the park boundary at the Tennessee/North Caroline border. It's listed as "the best swimming hole in the Smokies," and that's what all our kids wanted most.

The hike itself is an easy 1.5 miles on an old railroad grade. The kids were already in the water by the time we moms got there. 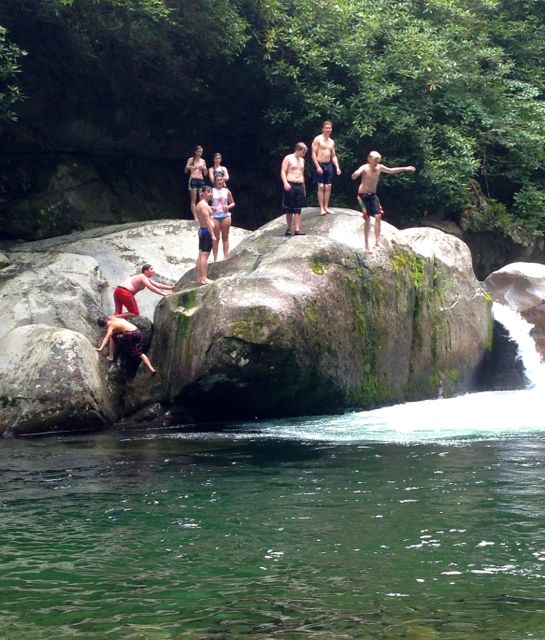 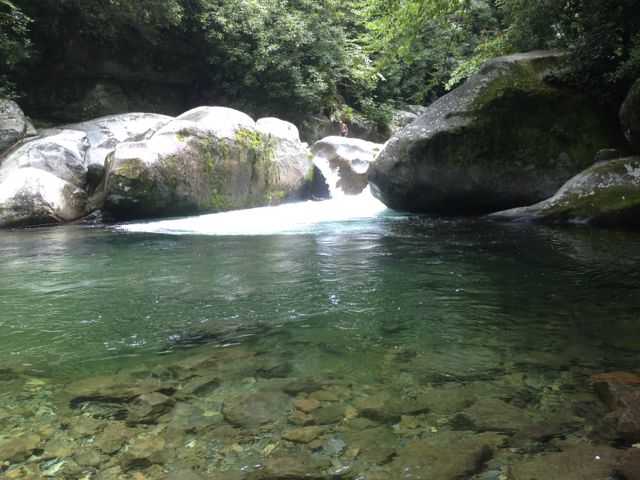 It looks like Hawaii, but according to the kids, the water was c-o-l-d. But kids don't care about stuff like that. 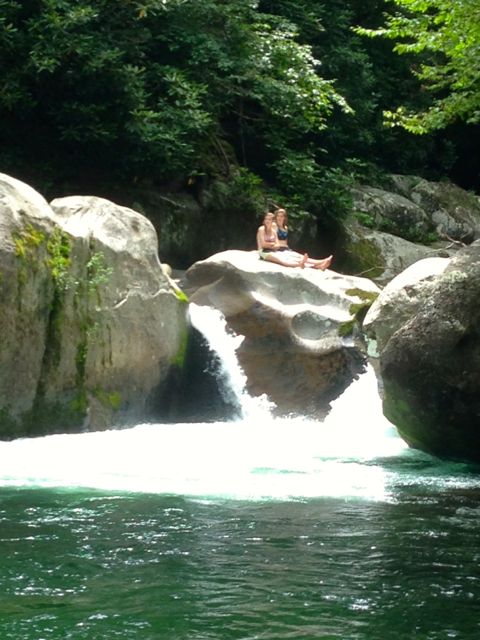 And there were plenty of warm rocks to take the chill off. 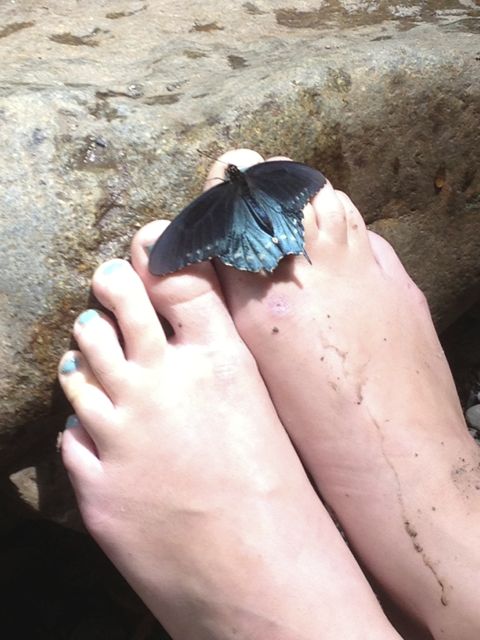 And there was obviously a butterfly convention going on. They were all over the place—positively flocks of them! 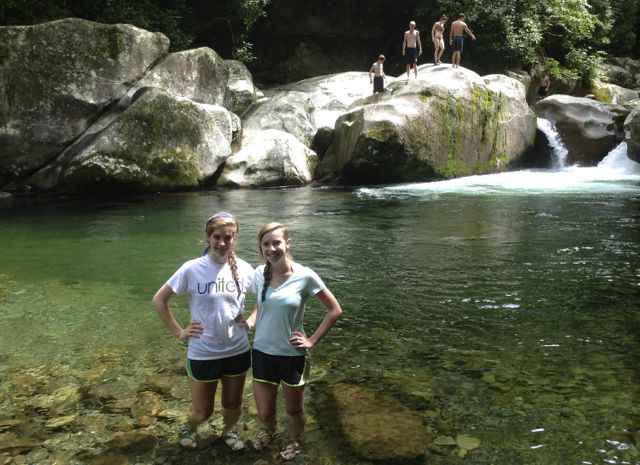 It's good to have friends who like adventure, whether you're 15 … 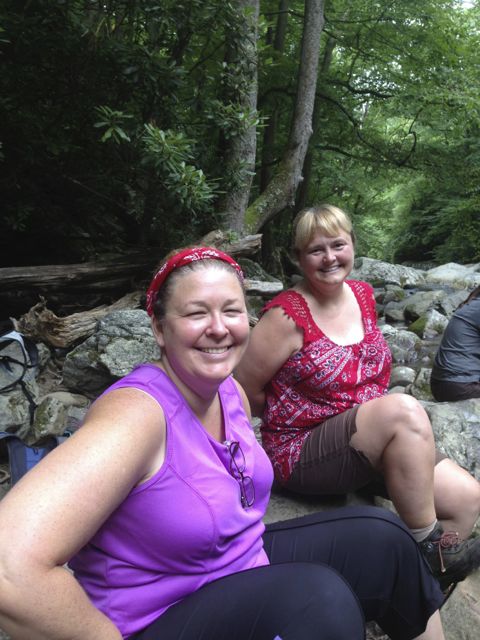 Eventually we left Midnight Hole and headed up the trail a half a mile to Mouse Creek Falls. 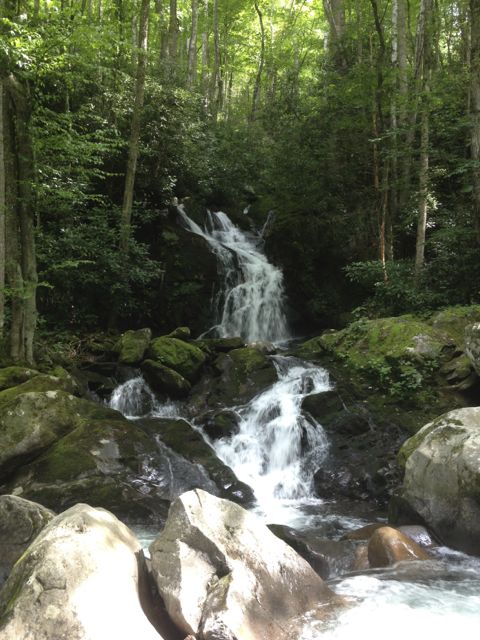 Such a pretty little falls. We had a little mishap there. The seven-year-old slipped and fell into the gushing—and I mean gushing—river. 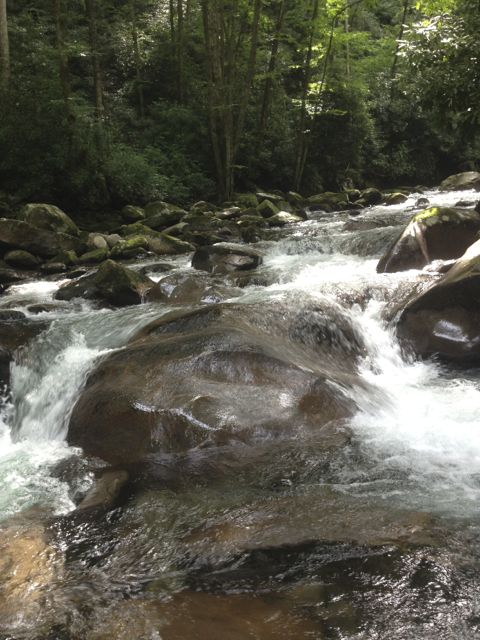 Our teenagers had hiked up the creek a bit. We yelled for them and then the 11-year-old, who was already in the water, came to the rescue. He guided him over to a rock and safety. The teenagers came running (or rock hopping quickly) and from there took him up the river, where he could cross safely. We were shaky and oh so tremendously thankful for quick thinking kids. 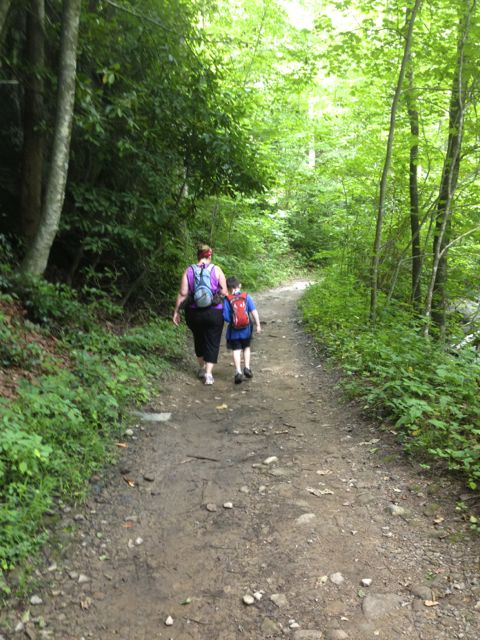 This was one happy mama to have her little guy safe next to her as we headed back down the trail. This was a great reminder for us to be vigilant on the water, rocks, and trails!

This is definitely one of my new favorite places in the Smokies, and we'll go back for sure again next summer. It's about an hour or so from Knoxville, unless you drive really slowly and stop to use the bathrooms at Burger King and get slightly lost once. Or twice.

To get there, take I-40 to Exit 451 (Waterville).  Turn left after crossing the river and go about 2 miles to an intersection. Continue straight, past the ranger station, to a parking area at the end of the road. The Big Creek trailhead is on the right, just before reaching the parking area.

Posted by Sarah @ Sarah at SmallWorld at 6:03 PM