* Seems like all I'm good for this week are ramblings and miscellany. Some weeks are like that. 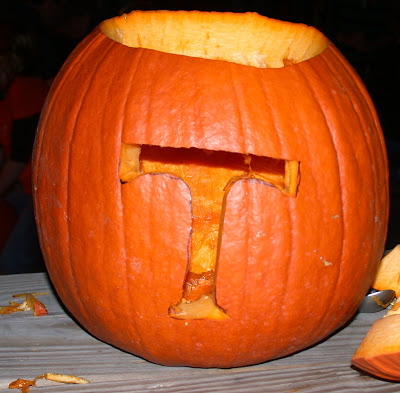 * October 22 always sticks in my head because during my sophomore year in college, my boyfriend quit school on October 22, which would have been his 20th birthday. He disappeared in the middle of the night and went to Florida. I have no idea why. The next day, some of his former band members cornered me in the library and asked me where he was. I really had no idea except that he had gone to Florida. Turns out, as I discovered later, he had stolen most of their band equipment to sell. You know, I'm still really fuzzy on all those details. I often wonder if someday we'll get to see a play-by-play of all those confusing moments in our lives, when we didn't really know what was going on beneath the surface.

* But that was a long, long time ago, and an abbreviated version of that story. For over 21 years, I have been married to the boy I met after the one-who-escaped-in-the-middle-of-the-night-with- stolen-equipment. Sometimes happily-ever-after is all that needs to be said. 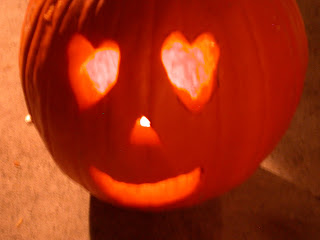 * Tonight is our most exciting night of the year! For many years now, we've been hosting a Soup and Pumpkin party for lots of friends in our home. Everyone brings a pot of soup, an appetizer or dessert, and their pumpkins to carve. We sometimes do pumpkin chunking, too, with all kinds of fancy trebouchets and slingshots, and this year we're adding in an all-new BB gun shoot-the-pumpkin feature. 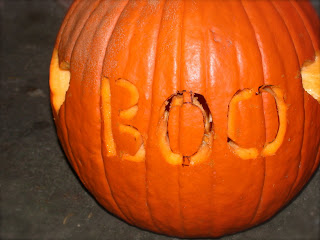 * The Soup and Pumpkin party marks the start of indoor, stay warm, be cozy season. And it reminds us, every year, of how incredibly blessed we are to live in this place with these people in our life.

* And now I must return to cleaning, cutting flowers, and making apple crisp. Joyfully.

Linked up on Just for the Joy of It at Good, True and Beautiful
Posted by Sarah @ Sarah at SmallWorld at 9:11 AM