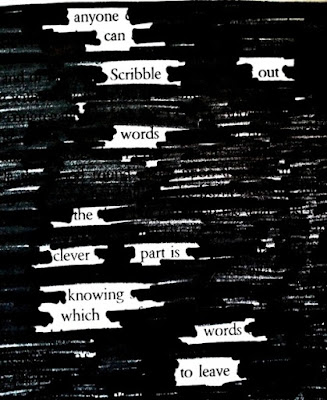 I've seen this link to newspaper blackout poems pinned dozens of times, have you? So of course we had to try. Give my 11-year-old a black Sharpie and tell him to scribble things out, and he's all for it.

We took a newspaper article with "music" in the title, because that looked way more promising than one that said "voters" and "election" in it. We started circling promising words, crossing out names and dates, and then eventually began to see exactly how our poem was going to come together: 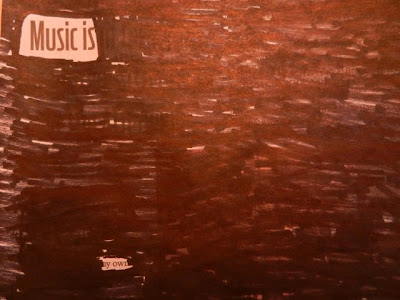 Music is my own family 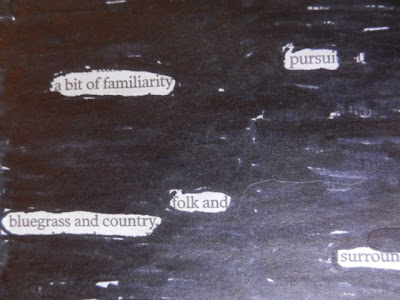 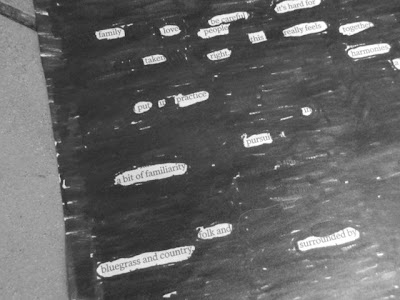 a bit of familiarity
folk and bluegrass and country…
We had so much fun making this project! My daughter came in as we were finishing and said she was eager to do one of her own. She did point out that when we blocked out the columns, the poem read differently than we intended it to. Next time, we'll leave the columns! But here is our final poem in its entirety: 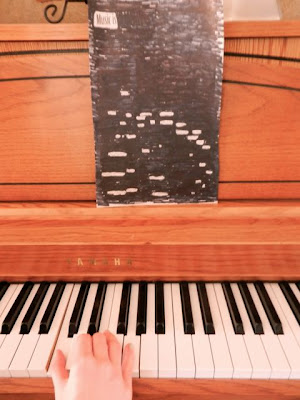 Music is
my own family.
Love taken,
put into practice.

A bit of familiarity,
folk and bluegrass and country,
blues and funky soulful stuff.

Be careful—
it's hard for people.
This
really feels
right: in pursuit,
surrounded
by my own voice.

Together,
harmonies so close.

A lifetime began,
hoping on stars.
Only sing:
I am.