New York City is an entirely doable family trip—and one I think really must be done if you live within a day's drive of NYC! This is my third in a series about visiting NYC family style. My first post details Lodging, Transportation and Food, and my second focuses on two quintessential experiences, visiting Central Park and Times Square. 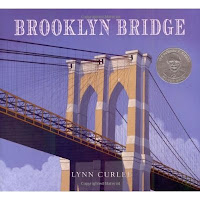 Our first full day in NYC was low cost but extraordinarily memorable. We took the subway (see Lodging, Transportation and Food) to the Brooklyn Bridge. We had done a little preparation for this visit by reading the book Brooklyn Bridge by Lynn Curlee. This was a fantastic study of how the bridge was built and the tragedies and triumphs associated with it. After seeing the bridge, we plan to read other books about it, including You Wouldn't Want to Work on the Brooklyn Bridge, Twenty-One Elephants and Still Standing, and David McCullough's The Great Bridge.


Walking out on the bridge is totally free, and the view of the city is fantastic. You can seriously feel the history as you walk on the bridge—amazing! 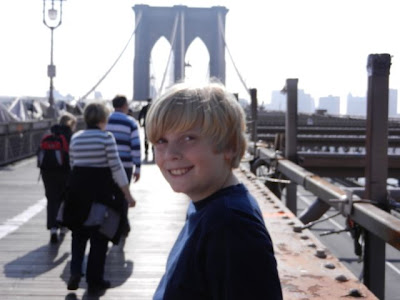 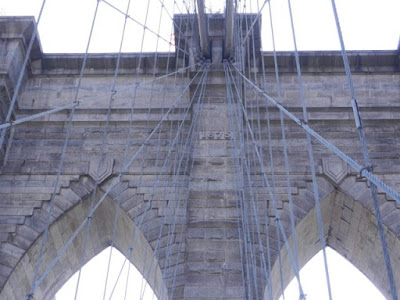 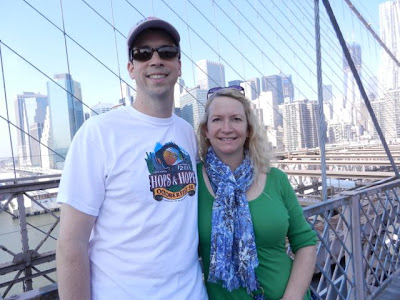 From there we walked to the 9/11 Memorial. This was free, but we did have to order tickets several weeks in advance at the memorial's website. Before we got to the 9/11 Memorial, we visited St. Paul's Chapel, which was a sanctuary for 9/11 rescue workers. Visiting the chapel was very moving.

From there we went a couple blocks over to the 9/11 Memorial. If you go, make sure you bring your tickets with you!! They look at tickets about 6 times before you can actually get in. (You download and print out the tickets when you make your online reservation.) You will have to take off belts, etc. just like in airport security, so be prepared.

The Memorial itself, well, it's an incredibly emotional experience. There were hundreds of people there, yet the atmosphere was quiet and reverent. How could anyone not be moved to tears at the wall of names of those killed because of the terrorist attacks, whether in a building, a plane, or as a rescue worker?


It was also amazing to watch the new World Trade Center complex being built. I had such a victorious feeling seeing these buildings going up. There will be 5 new skyscrapers in the new WTC; I hope we get to go back in a few years when they are all completed. The 9/11 Memorial will, of course, stay in the center of the complex.

We spent a couple of hours at St. Paul's and the  9/11 Memorial and then took a quick subway trip to the Staten Island Ferry. While researching our trip, I discovered that the Statue of Liberty is being renovated, so visits are restricted—and you can't go into the Statue itself. Rather than pay $36 for the four of us to take a ferry out to the island, we opted for the free Staten Island Ferry. The ferry goes right by Liberty Island and Ellis Island, and the view of the city is fabulous.  I could swear that when I took the ferry years ago, we rode on an outer deck, but this ferry was totally enclosed except for a very crowded tiny front deck and back deck. But still My kids have never been on a ferry, so this was pretty fun for them. And again—FREE!

We decided then to head to Rockefeller Center. We had hoped to do Top of the Rock but weren't sure we could fit it all in. This was the perfect opportunity. Top of the Rock is all about the views, and the views were magnificent. 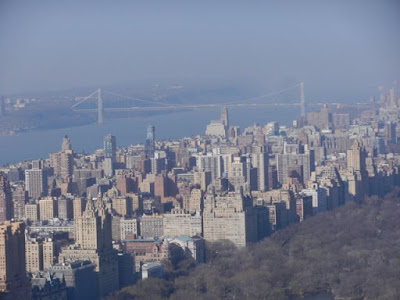 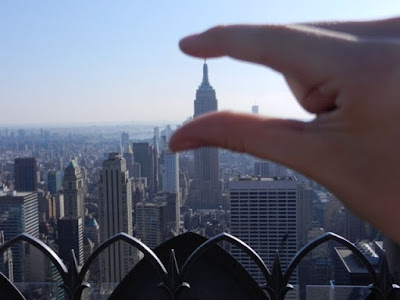 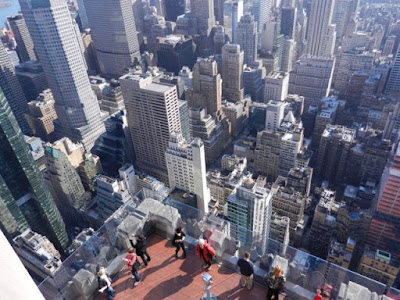 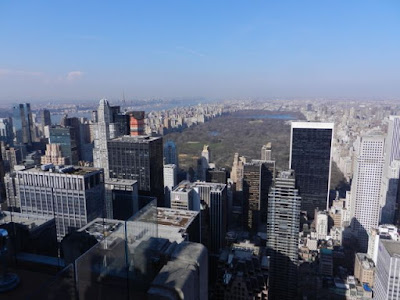 We opted to go during the day rather than evening so that we could really see the city. This was by far the most expensive part of our day, with tickets at $25 for adults and $16 kids 6-12. That came to a whopping $91 for our family of 4, plus $2 for the little guidebook so we could identify what buildings we were looking at. As Randy says, "It was a ridiculous amount of money to take an elevator to the top of a building, but it was worth it." (BTW, be sure to note that sunrise or sunset trips are much more expensive!)


Our day was coming to a close after the Top of the Rock, and we were ready. But first we had to visit the Lego Store at Rockefeller Center. Duncan was extremely excited about this, and we actually all loved it. It was so way cool! All kinds of buildings, amazing Lego sets, floor-to-ceiling Lego bins, and more. We let Duncan make three Lego guys, and he was a happy boy. 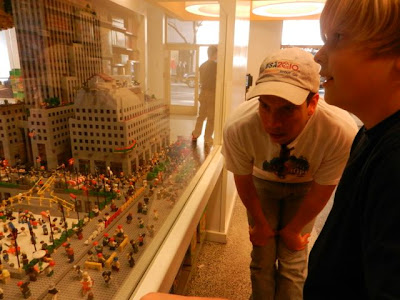 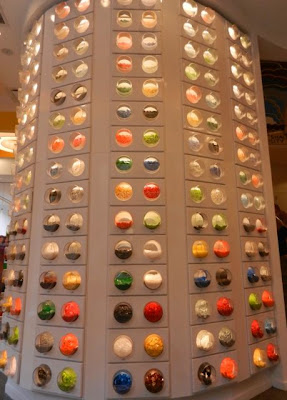 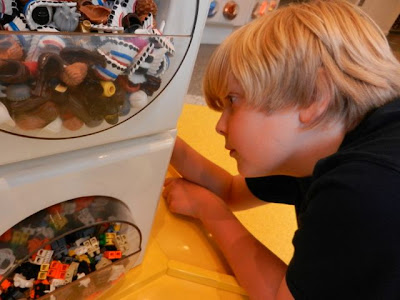 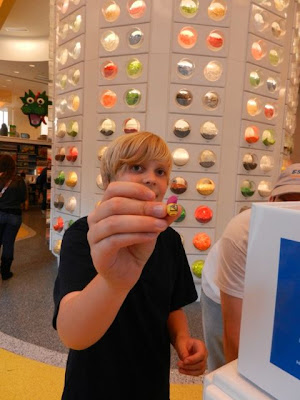 After the Lego Store, we were utterly exhausted. It wasn't quite 5 p.m., but we took the subway back to our hotel in Chelsea. After a short recovery time, we headed out for an amazing dinner at a neighborhood restaurant.

In one day, we had visited: the Brooklyn Bridge, St. Paul's Chapel, 9/11 Memorial, the Staten Island Ferry, and Top of the Rock. We'd also had a great view of NYC from the ferry and from the Top of the Rock, and seen three huge landmarks: the Statue of Liberty, Ellis Island, and the Empire State Building. We felt extremely satisfied. Our total bill for the day: $155 for transportation, lunch, and activities for a family of four. I did not add our supper tab to that bill, because I am quite frankly a little ashamed of how much we spent for dinner that night. But I will say that it was totally worth it!

Next up: my favorite day—the Metropolitan Museum of Art.