We're back into the swing of things here in SmallWorld. We did Northern-start school this year, beginning the day after Labor Day. That was a fantastic decision on our part. We enjoyed lots of summer while everyone else around here had been back a month or more. (Yes, really. School in our city started July 22.) 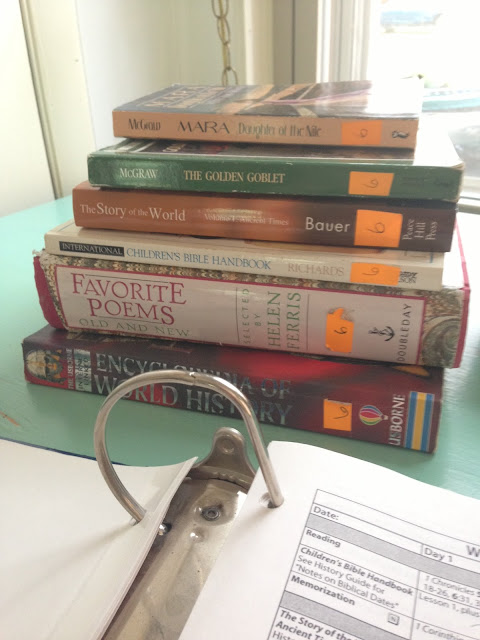 Duncan is doing Sonlight World History this year (formerly known as Core 6). My goal this year was to break our subjects into days (except doing math every day)—one full day of history, one of science, one art, one language arts—but so far that hasn't worked out. 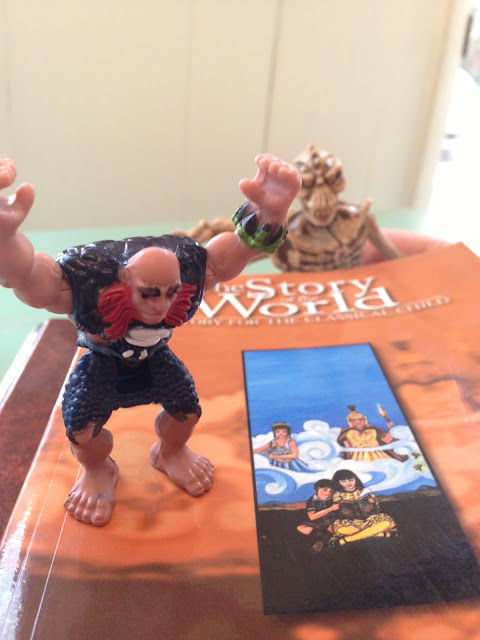 Getting through all the Sonlight reading is taking way more time than I had remembered, though. It's been eight years since I did this program with Jesse, so I'm enjoying hearing Story of the World again and reading Mara, Daughter of the Nile. I'd forgotten how much we loved that book! And hearing Duncan read 1 Chronicles—wow. Who knew the book with such a reputation could be so fascinating when read by a theatrical child? 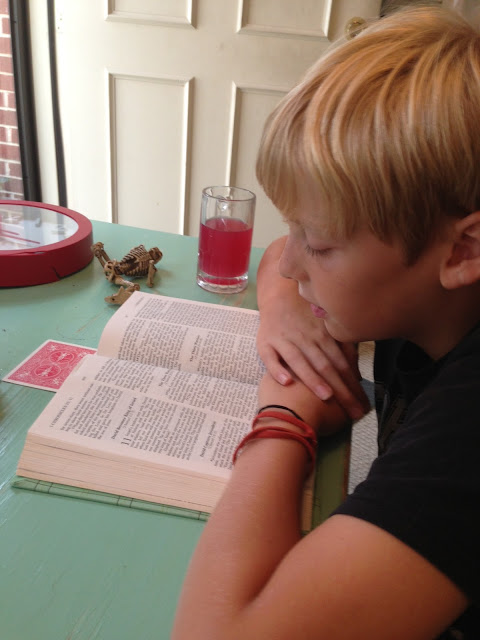 High school co-op classes began a few weeks ago, but preK-8th grade just started this past Monday. Laurel's been studying like crazy since mid-August and doing great in all her classes (world lit, world geography, chemistry, algebra 2, economics). She just started German this past week, as well. I've been teaching world lit and geography at co-op for a few weeks but just added a middle school class called English Prep. My Sunday afternoons are now devoted to lesson plans. Sigh. 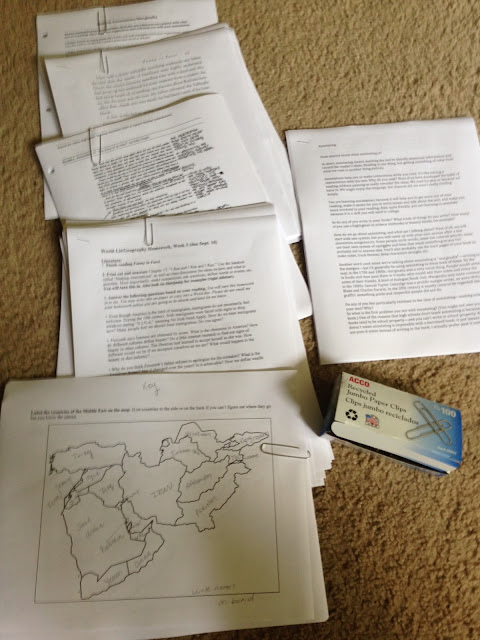 So, I'm still trying to figure out how to refine my plan of doing a solid day of each subject rather than breaking up the day into many subjects. Today, even though we weren't close to be "done" with our week of Sonlight history, we decided to spend the whole day doing art. 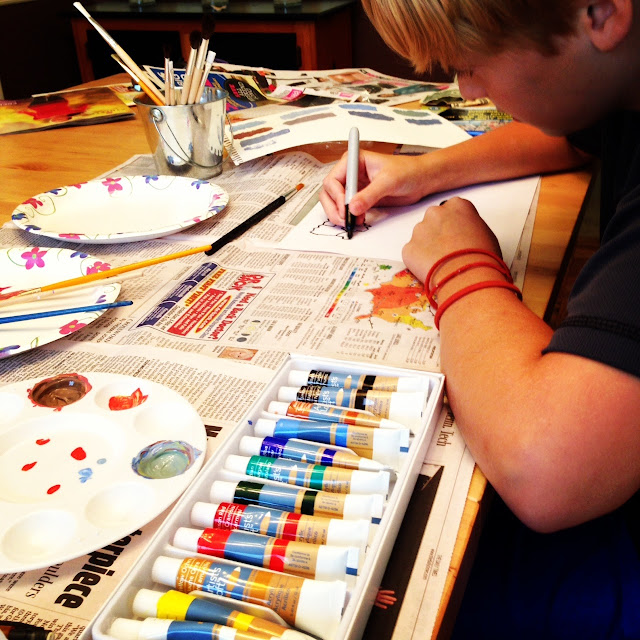 It was so much fun! Ever since our trip to France, Duncan has been eager to explore lots of art. Between my Pinterest art lessons board and my trusty old Usborne Book of Art Ideas, we have plenty of material for now.

In other news, Laurel got her driver's license on the day after her 16th birthday—and we found this adorable car for her on Craig's List! 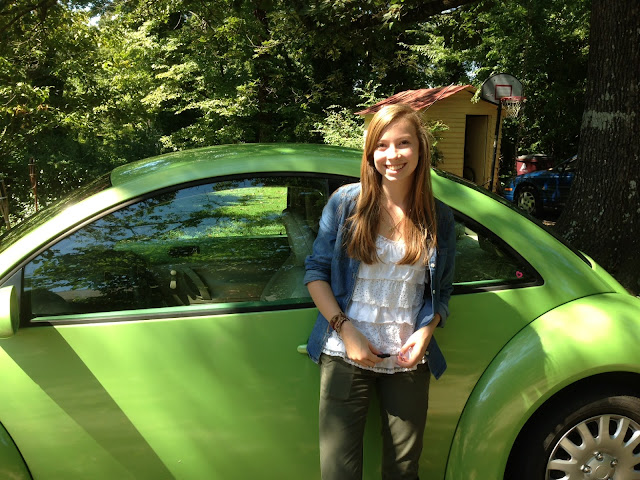 It's a 2001 with over 100K miles, but it looks brand new and drives great—and it was within our first-car budget. Most importantly, she is following in my footsteps. My first car was also a VW beetle. ;) I had lots of fun in that car!

We have been pretty stingy with letting her drive, since she just got her license, allowing her to go to a few very close and easy places. But today for the first time, we let her drive to her Friday morning childcare job, then to her economics class, to Target, and then home. It was so strange to have her gone from 9 a.m.-3:30 p.m. but it sure was nice not to have to make 4-6 trips out to take her places!

In the midst of all the regular back-to-school stuff, Duncan and Randy have been getting their SCUBA certification, so they've been gone all day for the past two weekends and will do their check-out dives this weekend. And while they are doing that, Laurel is smack dab in the middle of her Stars and Stripes Project for American Heritage Girls. I will be so happy when we make it through September! We have more camping on the calendar for October, and all this big stuff will be done.


How's your new year coming along? You can link up at the Weekly Wrap-Up at Weird, Unsocialized Homeschoolers.
Posted by Sarah @ Sarah at SmallWorld at 9:33 PM