The question is, why do we ever even attempt to start back the first week of January? Last week, which sensibly would be the start of our second semester, was a bust all around. Like basically everywhere in the U.S., we had ridiculously cold temps for Tennessee and lots of sickness. I am pretty sure Duncan watched 15-20 hours of Mythbusters, and we went through at least six boxes of Puffs. Ah well.

So, science (Mythbusters) and PE (skiing) basically made up our first week back. But then there was this week, when we got dressed and rejoined society. We started with movie night for my high school lit class on Saturday evening, watching The Good Earth. This is a 1930s movie and my students found it fairly amusing. I was actually surprised at how much it deviated from the book, which we had read back in November. I always enjoy movie nights with my students, regardless of the movie itself. They are a hoot.

Last week, while Duncan languished on the couch, Laurel finished the last part of her Stars and Stripes project for American Heritage Girls. For this part, she delivered the items she collected and/or that her troop members made for Newborns in Need of East Tennessee. Phew! It's been a long process. She did the majority of her project in September and October but then had to wait until January to actually deliver the items. 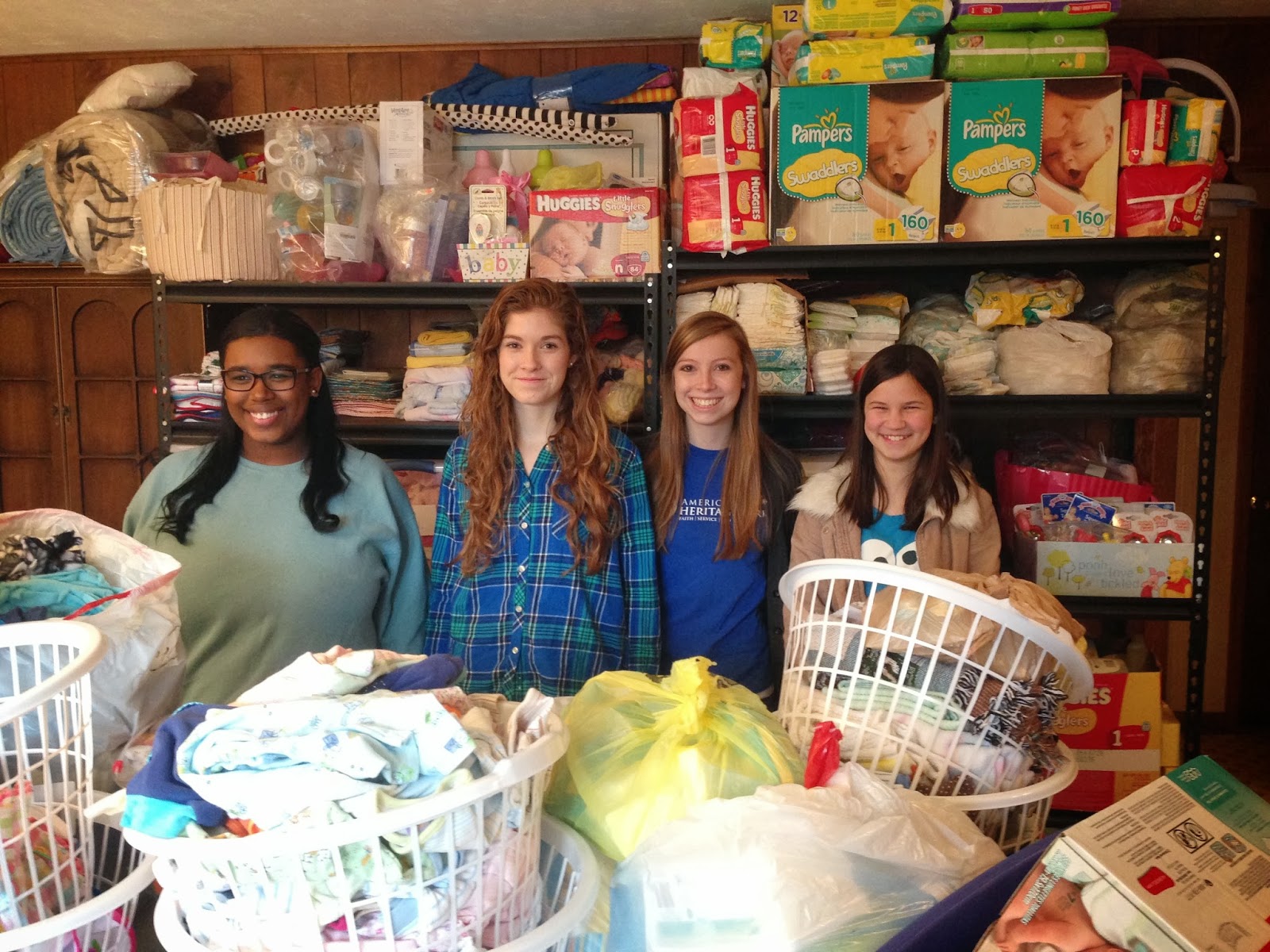 She and a few girls also spent a couple of hours preparing diapers and sleepers for packets that will be delivered to area newborns. Just that afternoon they prepared over 2500 diapers and sorted around 600 sleepers! All she has left to do now is write up her project and finish a few odds and ends on some badges, and she'll be ready for her Board of Review. 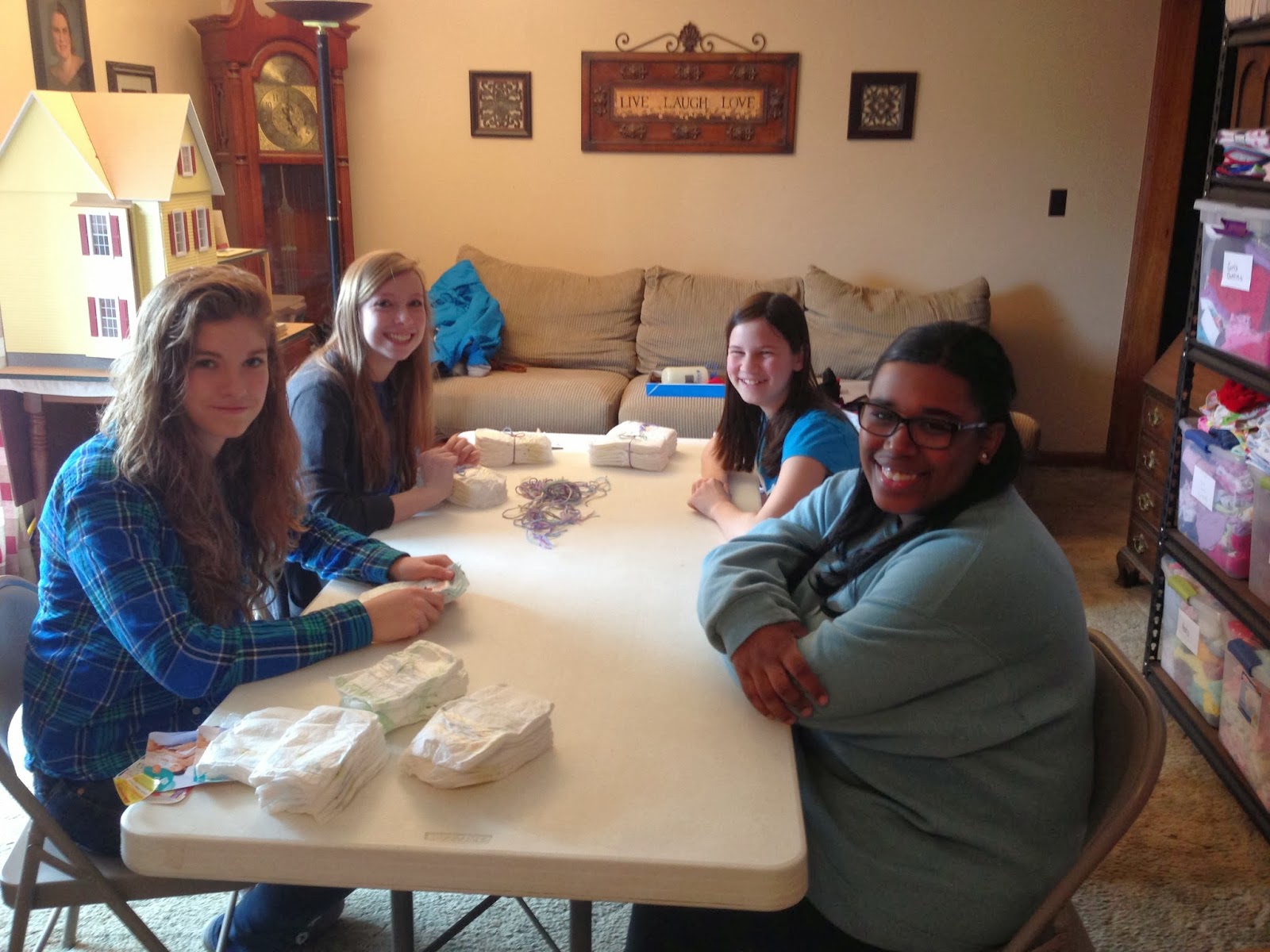 Skiing has been an absolute blast. Our first day was fun, especially for me since all my years of skiing came back to me immediately after not having skied for over 20 years; but the second session was really fun. Randy and the kids had their second lesson and were released onto the actual slopes. They all loved it! We only have two sessions left, but we're already planning a ski vacation for next year—or maybe even this year! As part of Laurel's skiing badge she actually has to plan a ski trip, so maybe she'll find some great deals for us in North Carolina. 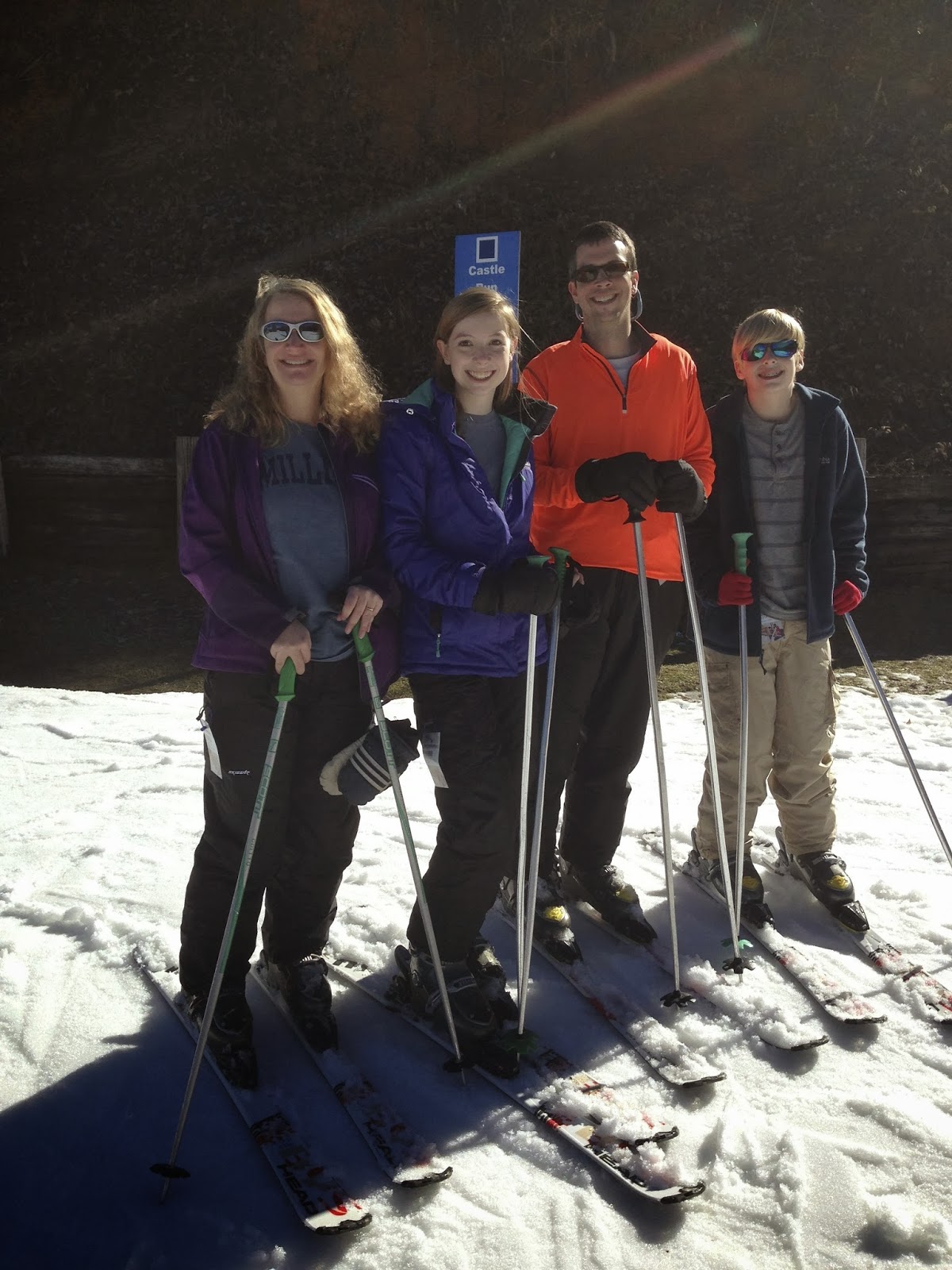 This week was our first week back for high school co-op classes. Last week had been canceled because of the cold and possible snow. (Northerners, I live in East Tennessee. If you haven't heard, we close everything for a dusting of snow.) In my World Lit/geography class we are starting The Book Thief. We had a fantastic discussion on book burning and banned books and the Hitler Youth. I'm really looking forward to next week's discussion, after the kids have read the first three sections of the novel. It's hard for me to express how much I love these kids. I think I say this every year, but I am pretty sure this is my favorite class of high schoolers ever.

Laurel was already back in the swing of things last week, as she had assignments from all her co-op teachers during the canceled week. But Duncan and I were completely well and ready to get back this week. He did have his algebra class on Monday; otherwise, his middle-school co-op classes start back on January 27. We got back to his Sonlight world history program, and we've also done lots of language arts this week. He actually still needed to finish his journal and essay from my English prep class, which will continue this semester. Whoops. 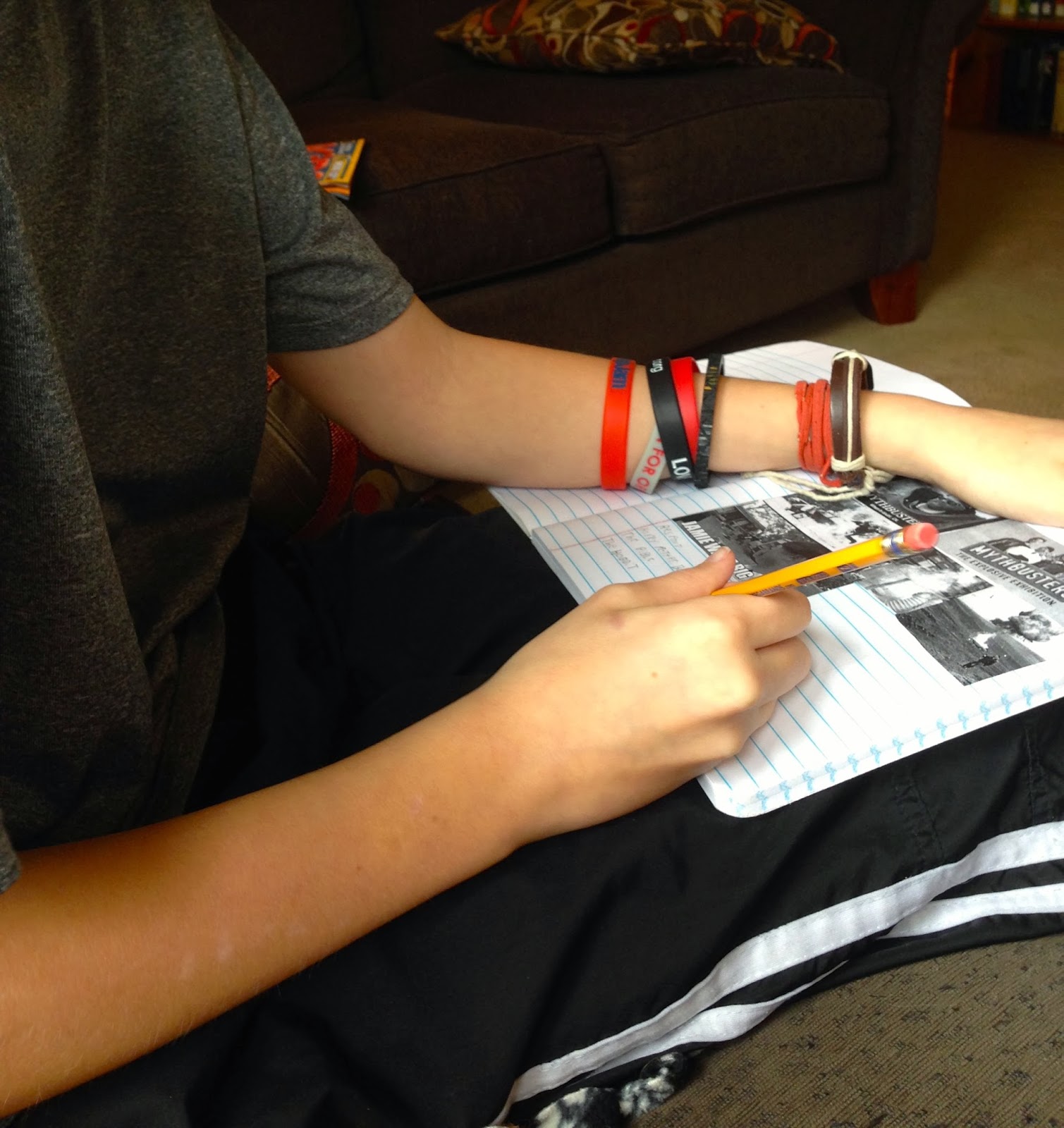 We took advantage of a free day and joined a group of friends yesterday at Jump Jam, the new indoor trampoline park. The kids had a blast, and I enjoyed having a chance to chat with moms for an entire hour. 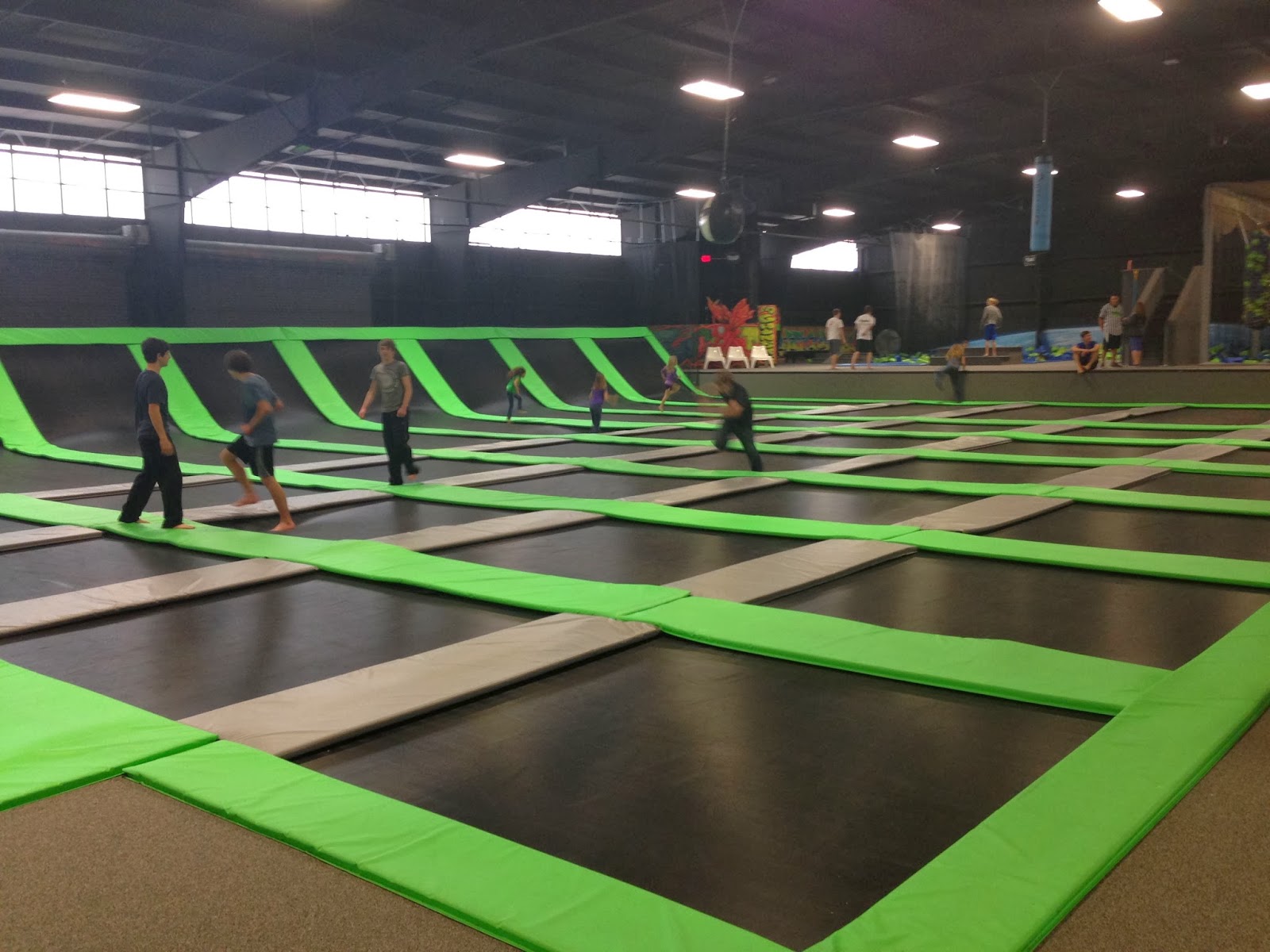 And so we return to the pattern of our lives. Jesse is back at Belmont University for his last semester. Laurel spoils her cat, and Duncan feeds mice to his snake. 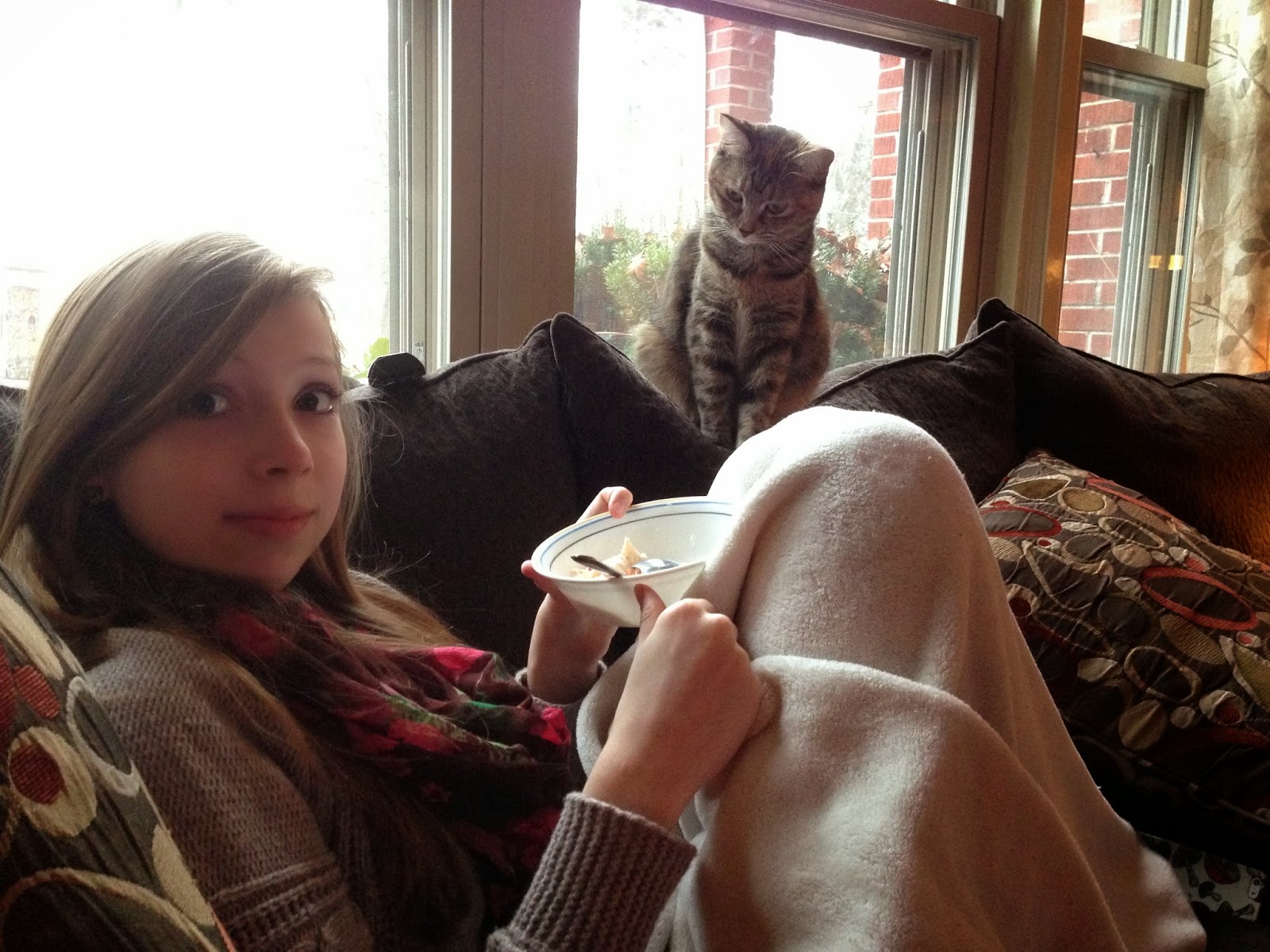 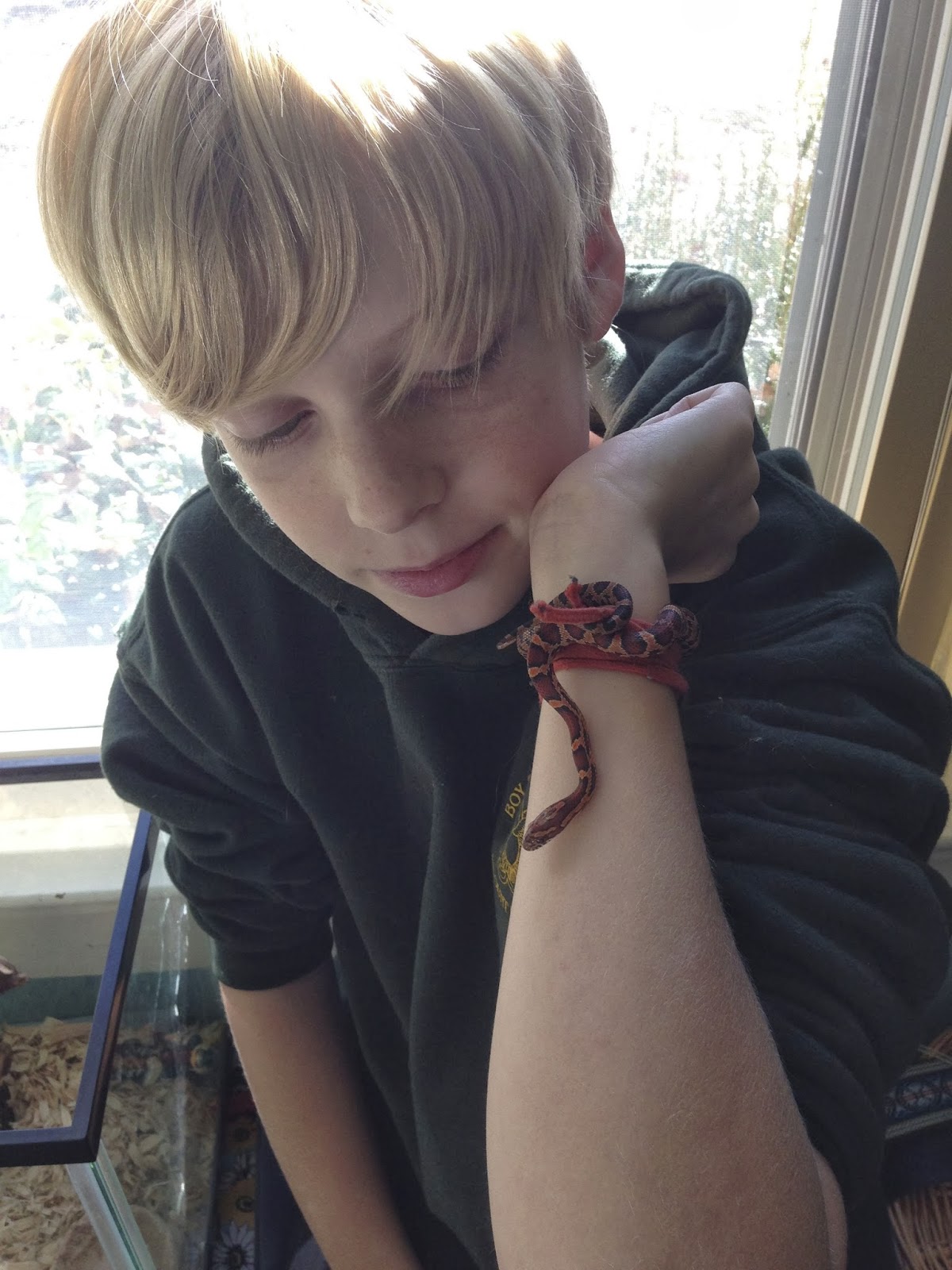 Randy began his appointment as interim department head on January 2, and he's actually been enjoying this new position. I'm trying hard to concentrate on my "one word" for the year: deliberate. I am deliberately getting better at ironing shirts for him, since he actually has to wear real grown-up clothes now. And I'm deliberately attempting to blog more regularly, to get back into the swing of words. I'm nearly finished with my series What College Professors Wish Freshmen Knew. If you haven't yet, please read it or just bookmark it for when your kids are older. Really. Professors everywhere will thank you.

And that's the new year in SmallWorld. Feeling a little "blah" this January? Check out my post from many years ago, Combating the January Blahs for a little inspiration. Or just watch a few episodes of Mythbusters.


Linked up at the Weekly Wrap-up

Posted by Sarah @ Sarah at SmallWorld at 9:51 AM