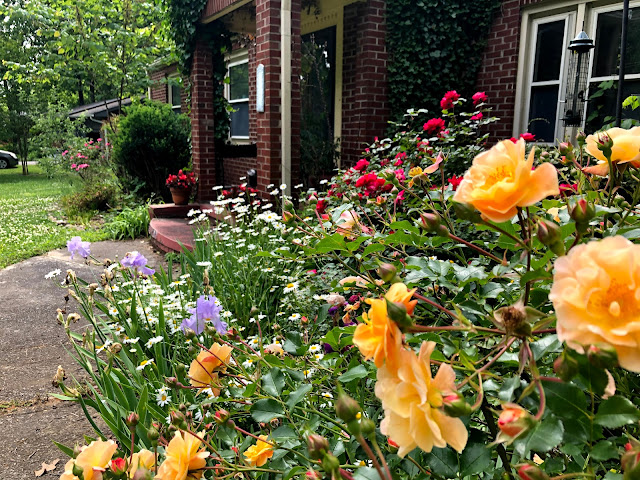 Twenty-two years ago we bought our first house. We didn't have a huge list of requirements. We were thrilled just to have our own house after living in rentals for the first 11 years of marriage. But we did want a house that had an attached apartment—not a basement one, but one with plenty of light and its own entrance. Our dream was always to have my parents spend time with us. For the first 10 years, my parents were snowbirds. They came to TN from NY from November through March of each year. It was a wonderful time; we had what we always wanted: that our children would know their grandparents.

And then they finally decided to sell their beautiful house on the shores of Seneca Lake and move down here full time. They bought a house just two minutes down the road from us and lived there for 12 years. Every now and then something would happen— a fall, a hospitalization, too much housework—and we'd wonder if it was time for them to move into our apartment. But they always rallied and decided they wanted to stay in their own space.

Last month, just a week before Mom's 95th birthday, Dad sent me a text on a Sunday afternoon. "Can't wake Mom up. Can you come?" When I got to their house, Mom was out cold, completely unresponsive. We called 9-11, and she was transported to the hospital. She'd had a mild heart attack and also had a urinary tract infections. UTIs are serious in the elderly, often causing delirium and leading to hospitalization. She finally awoke the next day, bewildered and weak. My brother and I alternated between being in the hospital with Mom and transporting Dad to and from the hospital. Randy fed us every evening. We all decided that it was time to move Mom and Dad into the apartment.

And so, here we are in this new season—one we always knew was coming but didn't really know what to expect. This all happened at a good time. I just had a few weeks left in the semester. As an adjunct at a small private college, my load is light anyway. Mom and Dad seem happy to be here, although Mom is often confused, wondering where she is and where she came from. 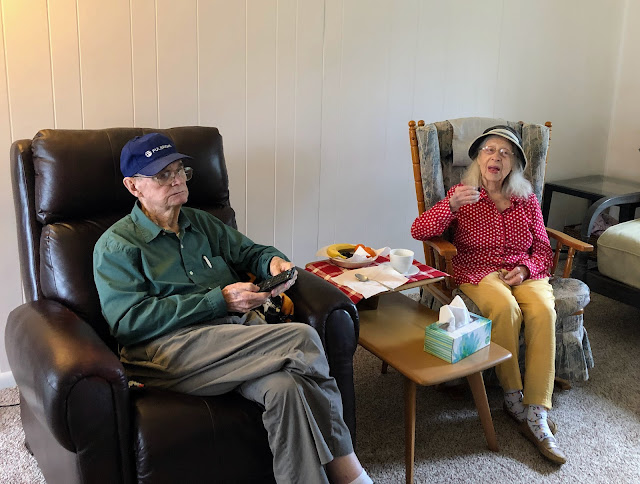 We still have some adjustments to make. My brother is putting in a walk-in shower—and also finishing his last semester as a college professor. We have to eventually figure out what to do with their house—and all their stuff. For now, we're just taking this day by day. 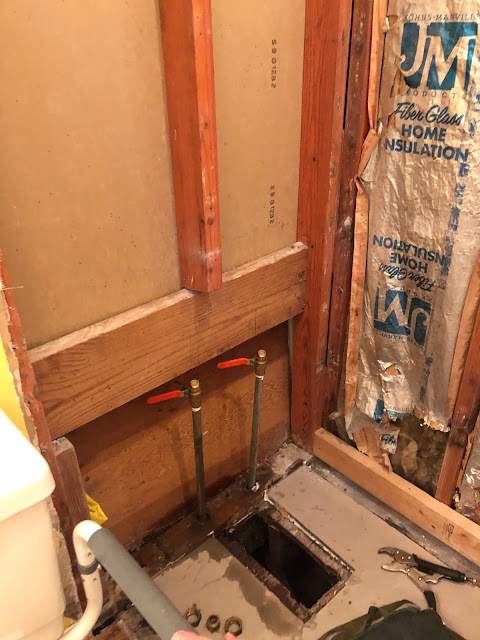 It's an honor to have these two kindhearted people who have lived in this world so long and seen so much here with us, for however long it lasts. 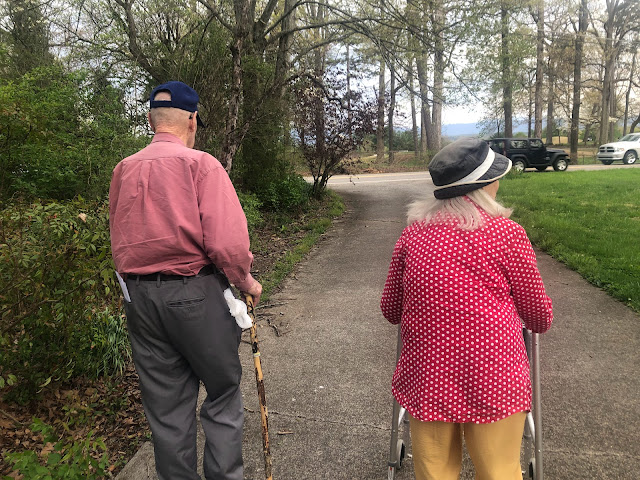 Posted by Sarah @ Sarah at SmallWorld at 3:49 PM