This is really a day-in-the-life post, as documented through the eyes of my 10-year-old with the camera. He took all these photos of our Thursday, a fairly typical day, including this self-portrait: 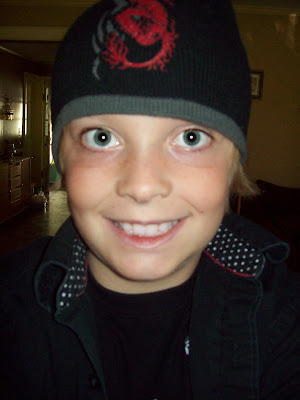 He's a handsome little guy, isn't he? I don't know why he's wearing a hat. 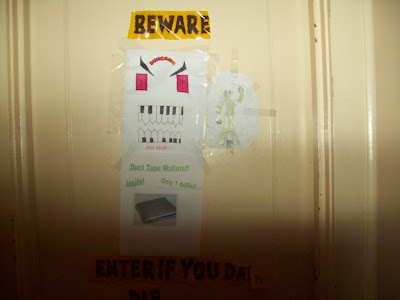 The door to his room. You don't want to see what's beyond that closed door. And yes, I let him tape things to his door. It needs painted anyway. 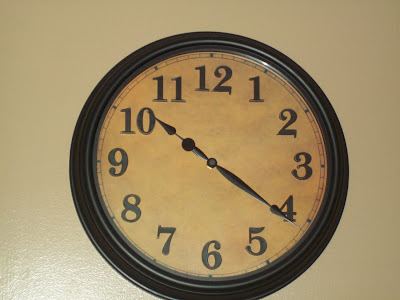 Time to start school! OK, actually it was time 20 minutes ago. Busted. 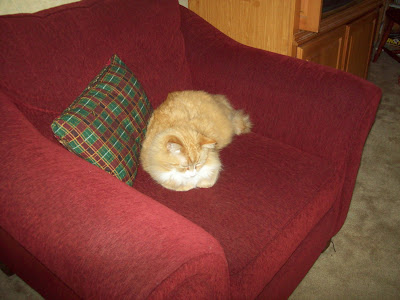 The cat doesn't care that school's starting late. He's just happy to be allowed on the furniture. 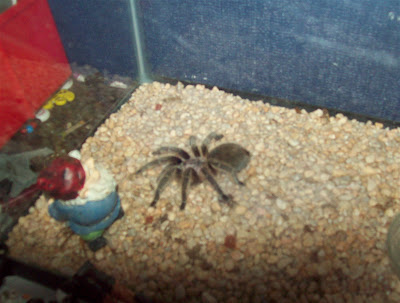 The tarantula doesn't care about anything. Neither does the gnome. 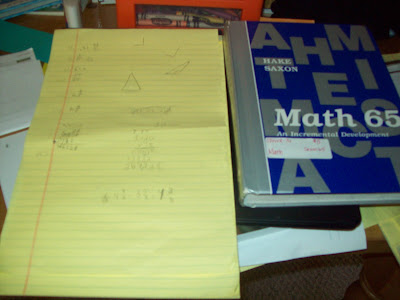 Math is always the first subject of the day. We did four lessons on Thursday in a feeble attempt to "catch up." I don't really have anything to catch up to, but I'd like to finish the book by the end of May. Theoretically. 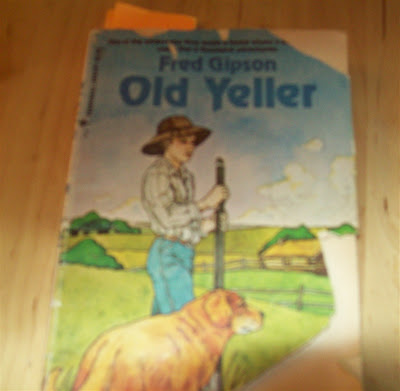 After Duncan finishes math, I send him off to go read Old Yeller while I help his sister with her math. I wish he'd hurry up and finish this so we can watch the movie. 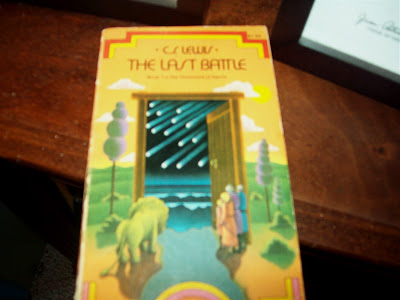 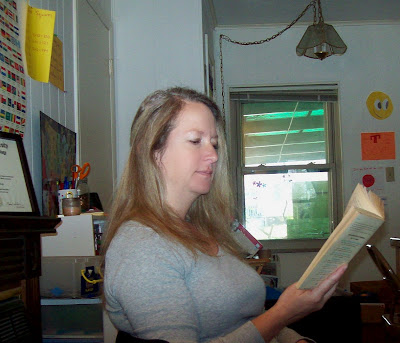 After both are done with math, we read The Last Battle together. We are sad to be nearly done with the Chronicles of Narnia, but we need to finish the book by Sunday evening. Duncan has a book report to do in his book club on Monday at co-op. This month's book club book is supposed to be about a war, so we thought this was perfect. 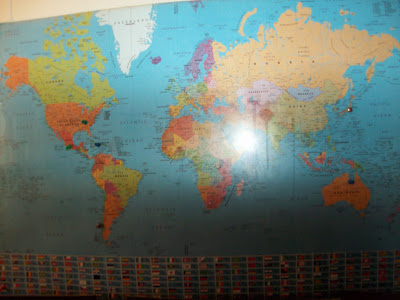 I like how Duncan took a picture of the map. We didn't actually do any geography this week, but I'm glad he's thinking about it. 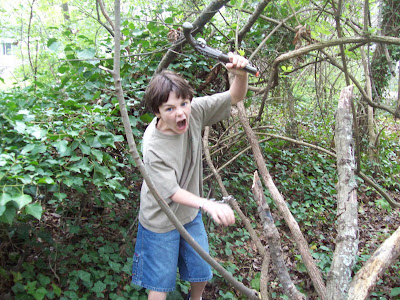 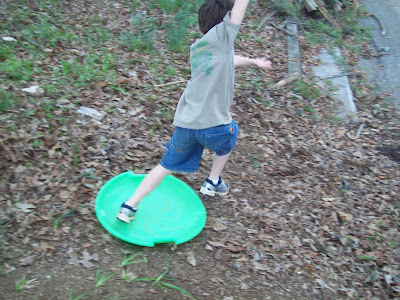 At lunchtime, Duncan's friend Emery came over. He hangs out with us twice each month while his mom teaches at the local community college. The photos that Duncan took while he and Emery played were very revealing. I had no idea that they were sledding on leaves into the road. (Don't worry, Emery's mom, it's a dead-end.) I'm just glad to see that Emery is wearing shoes, since we had a cold snap that day. 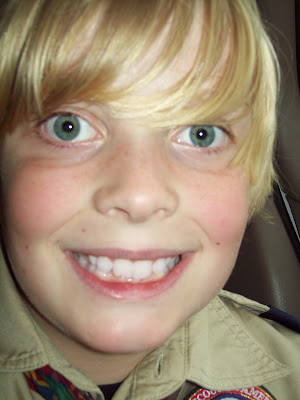 Eventually it was time to go to Cub Scouts and American Heritage Girls. Duncan brought the camera but forgot to use it. ("Oops! I left the camera somewhere at Cub Scouts," he says on the way home. Luckily, it was in my purse.) I love this picture he took of the courthouse on our way home. 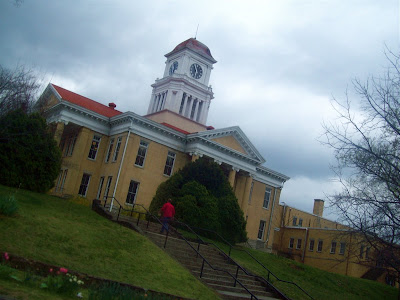 Nearly six o'clock, and our school day comes to a close. At home, we had beef stew waiting for us in the crock pot.

How was your week? You can wrap it all up at Kris's Weekly Wrap-Up.
Posted by Sarah @ Sarah at SmallWorld at 8:42 AM