Sifting Through a Life 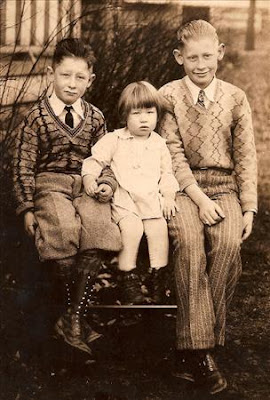 My uncles, Max and Henry, with my mother around 1931
It's the pause before, the sacred snippet of quiet that I should be savoring. I should be sleeping or reading or even watching television. In an hour we'll be at the funeral home, arranging displays of a life, a whole entire life of 90 years. In two hours we'll be shaking hands of strangers mostly who loved our person, our uncle, our Max. 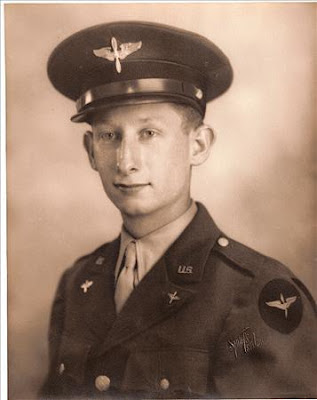 Uncle Max, 1943
But I can't rest. For one, the doors are banging open and closed in the hallway of the hotel. But mostly, I keep thinking about sorting through a life, sifting through what is left of someone who has always been a part of our family. Uncle Max is, was, my mother's older brother. He was a bachelor who lived with my grandparents until their deaths. He was a World War 2 hero, having flown 69 missions during the war, including 3 on D-Day. He was a pilot, airport manager, Lt. Colonel, member of the VFW and the American Legion and the Elks Club and all kinds of groups. People loved him, and he loved them all right back. 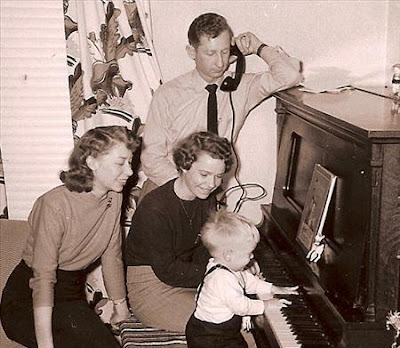 Uncle Max on the phone with my Dad, who was overseas during the Korean War. That's my mom, my Aunt Ann, and my oldest brother, James. Uncle Max, who roomed with my Dad in college, introduced my parents.
My mother says Max was the custodian of the family. In his house he has drawers filled with letters, cards, documents, funeral registers, tiny slips of paper, Valentines, family pictures, birth and death certificates, quilts, china, uniforms, medals, silver spoons. He was meticulous and organized, clearly labeling nearly everything. He wasn't a pack rat by any means. He was a curator of family history, a keeper of treasures, a recorder of deeds. 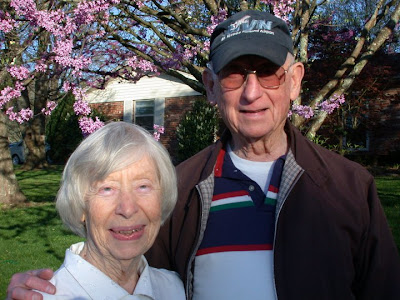 My mother and Uncle Max, spring 2010
My brother Peter and my father have done a marvelous job of tenderly taking care of the business of death. They have made arrangements beyond what I can even comprehend. At my uncle's house I wrap a tea cup in newspaper and place it in a box, take down a picture frame, toss out a half-empty jar of peanut butter. With everything I decide to keep or toss, I regret, regret, regret not having written to my uncle more, not having sent him more pictures. Why did I not do that? My husband says that I am too hard on myself, that he was always part of our lives. And he lived a rich, friend-filled life outside of the family.

It's time now. I must pull off my jeans and pull on my black dress pants and boots, try to figure out my hair, brush my teeth. My parents and two brothers and a sister-in-law rest in rooms across the hall. Niece and nephews, cousins, another brother, and my own husband and children are due to arrive soon. The bustle of visiting hours will begin, the stream of people whose lives my uncle enriched coming to say goodbye. Tomorrow, more sifting through his life, the funeral, the burial, the cold walk in the graveyard. Holding my mother's hand, linking my arm through my father's firm one.
Posted by Sarah @ Sarah at SmallWorld at 3:24 PM